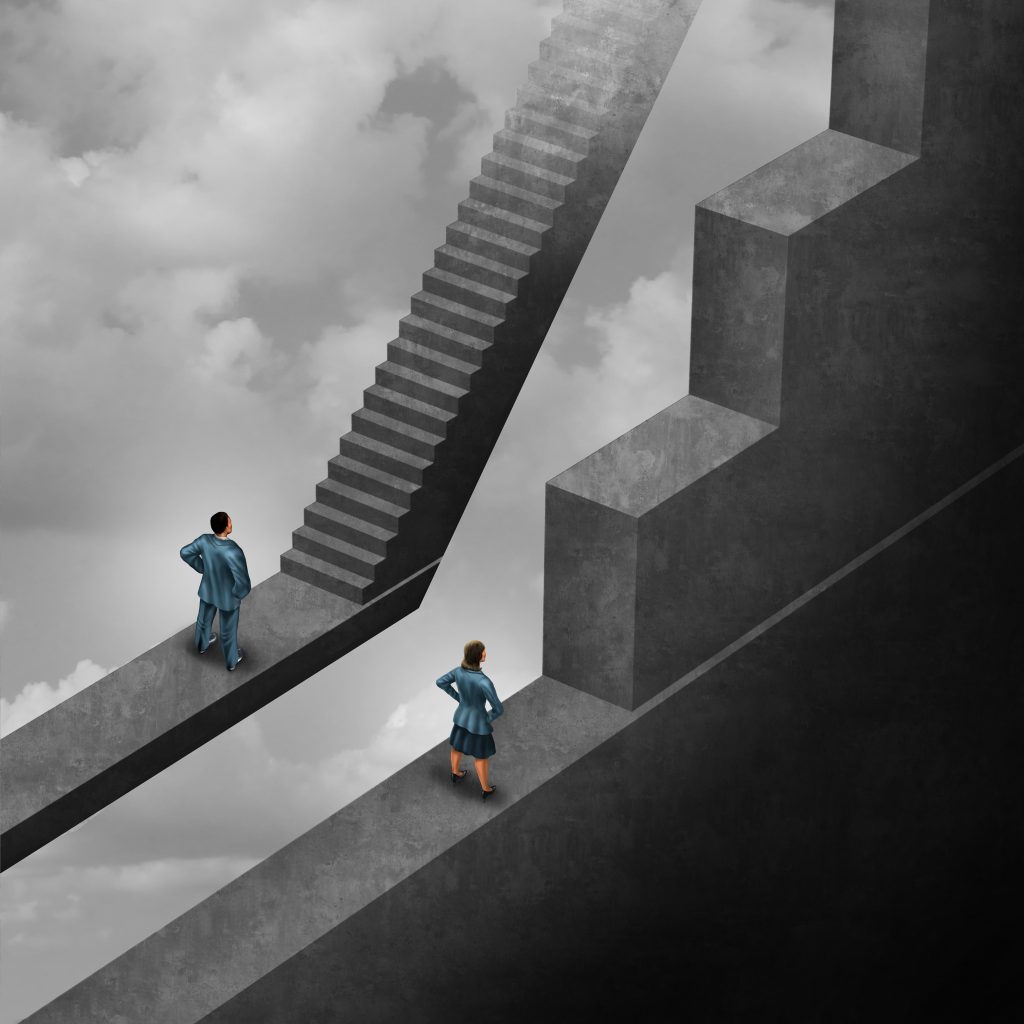 Employment inequities, which are a reality for many who live and work in Canada, have significantly worsened in the last two years.

For most of the workforce, financial security and personal well-being have been major concerns. So have the makeshift rules instituted by employers to protect health and safety. With family care sustaining major disruptions, some people have had to leave the workforce to provide the missing care no longer available from public organizations.

In addition, perceptions of how the workday should look and feel have changed. Many have come to appreciate the flexibility of remote work. At the same time, there is a consensus that the differential impact of the pandemic has worsened workplace inequities, especially those connected with race, gender and disability.

WINS, a not-for-profit that promotes inclusive policies and programs in Canada’s workforce, recently explored this issue. Earlier this year, we conducted a survey that explored emerging employment inequities. The responses from over 600 participants were eye-opening.

On many topics explored in our survey, race was the key differentiator in the answers we received. For example, racialized participants were more likely than their non-racialized counterparts to report reductions in income in the last two years.

This result, which resonates with other studies, can be attributed to the instability of many of the jobs in which racialized workers are employed. Also those with a declared disability were more likely to report a negative change in income than those without.

In contrast, non-racialized participants were more likely to report a negative change in their work day. This could be because racialized workers are often in positions where disruption and instability are typical, so that the changes brought about by the pandemic were perceived as less extreme.

Racialized participants were less likely to report a negative impact on mental health. This can be explained by the so-called ‘Black-White Health Paradox’, which refers to less frequent reported depression with the black community compared to their white counterparts despite a higher prevalence of chronic medical conditions among the former. This is a useful reminder how differences in resilience can impact mental health.

One finding especially surprised us. Our hypothesis was that the main distinguishing factor for the amount of time respondents reported spending on family support would be gender, with women of whatever race increasing time spent on family support when compared with their male counterparts.

Instead, it was racialized participants, both women and men, who were more likely to report increased time spent on this activity. The answer probably lies in the pre-existing gender differences and the fact that racialized individuals in Canada, on average, were comparatively more economically affected by the pandemic.

Another unexpected finding was that racialized participants and those with a disability reported a positive change in relations with their managers. To explain this, it is possible that working at a distance, as was the case for so many during the pandemic, reduced racial visibility and conflict in the workplace, providing a potential benefit of racialized employees and those with a disability.

On some topics, gender was the key distinguishing factor in participants’ answers. For example, a perceived increase in support from their employer was more common for men than for women. Also, a perceived negative change in workplace relations was more common for women than for men. One possible explanation for these results is that relationships with work colleagues are especially significant for women.

On other topics related to workplace relations, there were marked differences in participants’ answers based on whether or not they reported as having a declared disability.

Perceptions of differential treatment by employers between male identified and female and nonbinary employees were more common for participants with a disability than for those without.

Participants with a disability were also more likely to see a positive change in relations with management and to report that their employer was transparent about their policies and programs to assist in the removal of workplace and pandemic-related obstacles.

Overall, what general verdicts can we make based on our findings? We see evidence of a blurring of work life into home life. The picture painted has many positive qualities. In general, managers were supportive of the challenges in the last two years and by and large tried to accommodate people equitably regardless of race, gender or declared ability. However, organizations and workplace team relationships did not get the attention needed for real support.

Training managers to lead virtual teams and providing flexibility to workers would be a key to creating the new post-pandemic workplace. Importantly employers need to focus on mental health challenges for all workers irrespective of race and gender. As one of our participants said, “100 per cent coverage for mental health services is needed, not pushing a return to work every chance they have.”

Remote work is not all bad; it is a matter of organizations creating optimal solutions that ensure work-life balance in the post-pandemic age. For example, one of our participants noted, “I know much has been made about running into people in the halls and having spontaneous conversations but when I’m at work, those are huge time wasters and to me they just add to the pressure to work outside of hours to make up the time.”

Employers need to explore how workplace inequities can be diminished and transparent communication channels built so that both employees and organizations can reap the benefits of remote and hybrid work. Moreover, greater attention needs to be given to equitable treatment of women and employees with disabilities in the new post-pandemic workplace.

In conclusion, the past will not give many clues to the future of work. The road ahead can only be paved through a partnership and dialogue between employees and employers.

To help WINS continue this work please donate and/ partner with the organization. For more information, email admin@winscanada.com or visit www.winscanada.com

Related
Being a representative of representation in the workplace
Considering blind spots in leadership and HR management
Regardless of education or training, racialized immigrant women earn less
For CEOs to promote diversity, they have to ‘walk the talk’
Tags