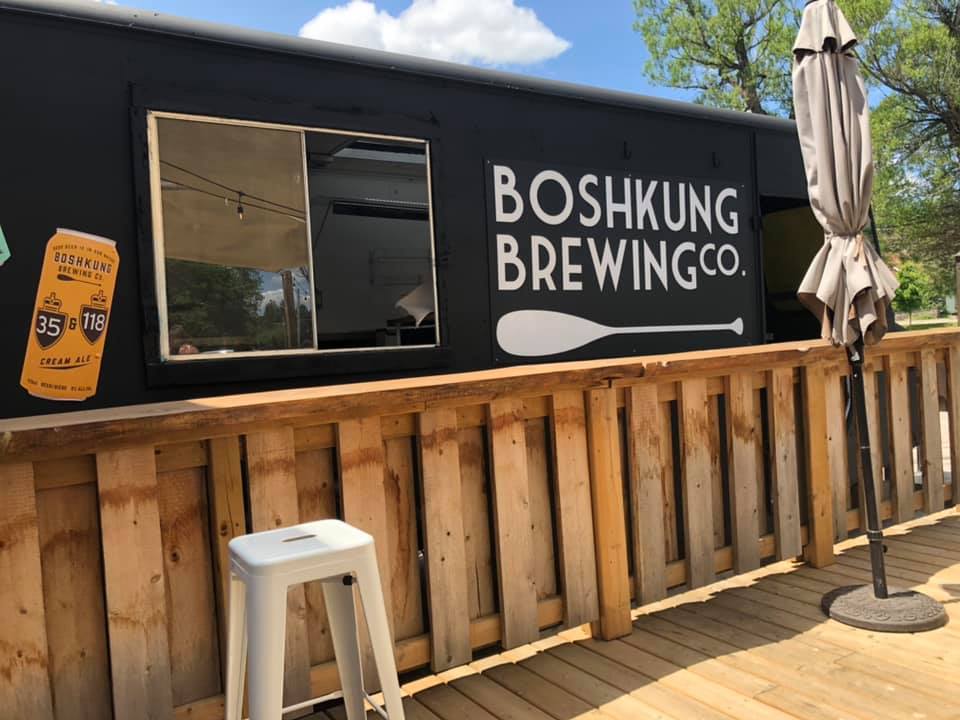 When he opened Fish & Sips with his wife in 2015, Paul Feather found hiring to be one among many challenges of running a restaurant with long hours on the main drag of Collingwood, Ont.

But after the COVID-19 pandemic struck and housing prices in vacation hotspots soared, the cod-and-calamari-slinging 49-year-old saw staffing as his No. 1 obstacle, due in no small part to a shortage of affordable places for workers to rent.

“It’s the affordability, but also the availability. There isn’t enough rental stock for people to choose from,” Feather said from the restaurant’s dining area, now undergoing an expansion.

His latest kitchen hire couldn’t find a place in town and commutes by car — another hurdle when gas prices are soaring and regional public transit lags.

Feather is relying increasingly on high school and college students for front of house — “they’re already living at home” — but those under 18 are barred from serving alcohol and limited to hosting, takeout or working the cash register.

Businesses in tourist hotspots far from big cities are feeling the pinch of affordable housing, as smaller communities struggle to lure workers amid a labour crunch and rising rents.

Rentals.ca, a Canadian website for apartment rental searches, said the average rent for all Canadian properties listed on its site rose 10.5 per cent year over year to $1,888 per month in May. The average national home price topped $700,000 last month, up 41 per cent from two years earlier as mortgage sizes ballooned from Vancouver Island to Atlantic Canada, according to the Canadian Real Estate Association.

Ontario cottage country was no exception. In Southern Georgian Bay, which includes Collingwood, the median price of a single-family home rose by nearly 28 per cent in 2021 from the previous year to $881,000, according to a Royal LePage report. Prices rose 49 per cent in Ontario’s Muskoka region, 29 per cent in Quebec’s Laurentians and 26 per cent in its Eastern Townships.

The trend, which affects rental costs, shows no signs of letting up. Re/Max Canada anticipates average residential prices in Canada’s “recreational” regions to shoot up 20 per cent for the remainder of the year, the brokerage said last month.

Meanwhile a falling unemployment rate is exacerbating labour problems for small-town retailers and tourist operators, edging down to 5.1 per cent in May and marking three consecutive months where the key metric reached a new record low.

“The problem has been so bad this year that a lot of the employers reverted to buying campers to house their staff,” said Colleen Kennedy, executive director of the Gros Morne Co-operating Association, which works with Newfoundland’s Gros Morne National Park. Others are scrambling to build or buy units for them.

“It’s not a little issue, it’s a big issue. Because how do you grow the industry without access to the human resources that you need? All the way around we’re really finding it hard this season. And it’s not going to get any better; we’re expecting tourism to grow.”

“When people are buying these properties where they would have had tenants long term, they are putting them on the Airbnb market instead because they can make in a couple of weekends a month what they would be getting having a full-time tenant in there,” said Ellen Timms, a spokeswoman for the Wasaga Beach Chamber of Commerce.

“The staffing shortage is very real,” she said, which also means workers are “run off their feet.”

Down the road in Collingwood, where short-term rentals are illegal, roughly 300 such properties were found on platforms including Airbnb, Flipkey and VRBO, a recent report by the town’s licensing and compliance officer found.

Things aren’t much brighter out west.

In the counterculture enclave of Nelson, B.C., the mountain town coped with a rental vacancy rate of 0.6 per cent in October, according to the Canada Mortgage and Housing Corporation. On Vancouver Island, the surfer haven of Tofino saw the average home sale price rise 51 per cent to $1.72 million in the first three months of 2022 compared to a year earlier, according to a Re/Max report on “cabin and cottage” trends.

A decade ago, the long-running housing shortage in the ski and hiking retreat of Banff, Alta., prompted Nancy Myles to set up Banff Accommodation, a for-profit outfit that rents communal spaces for three-to-six-month periods to workers who parachute in for gap-year employment.

Big employers like Fairmont Hotels and Resorts, the Sunshine Village ski resort and the Banff Centre offer some staff accommodation, “but they don’t have enough,” said Myles.

“Anybody living in Banff is working in the tourism industry, which isn’t really historically high earning — people aren’t bankers, they’re working usually minimum-wage jobs,” she said. Hence the need for housing that caters to “transient” residents.

Back near Collingwood, the pandemic and inflation accelerated labour and housing affordability problems associated with outside property investors. But it also exposed a lack of child-care services, insufficient public transit and local planning that failed to foster rental units “in favour of outdated single detached development,” said Andrew Siegwart, president of the Blue Mountain Village Association, a marketing organization for the eponymous ski resort and local businesses.

Siegwart is calling for municipal planning that delivers more diverse housing stock and provincial policies that support smaller tourism locales, noting that inclusionary zoning — a regulatory tool that allows municipalities to require a certain share of new construction be within reach of low-income residents — does not apply to lower-density areas.

“Attainable housing and related infrastructure has been our biggest file for five years,” he said.

It doesn’t seem it will be fading any time soon.

Related
How to land a job when many have shifted to virtual hiring
Organizations adapting to executive shortage in wake of hot market
Applications now open for 2022 Canada Summer Jobs program
Recruitment has evolved. Here’s how to get ahead of the curve
Tags