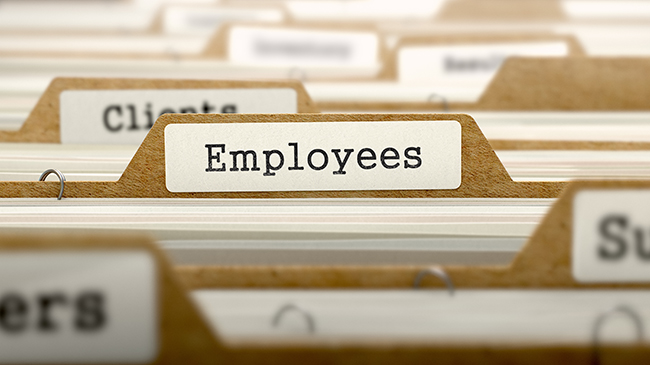 Written discipline is not harsh, it is conscientious. (tashatuvango/Adobe Stock)

Governments in Canada define working age as being between 15 and 65, but this misrepresents the lives of Canadians.

The 2016 census found that one-in-five Canadians aged 65 and older _ nearly 1.1 million people _ are still working and that one-third do so full-time.

Many in the private sector and those who are self-employed work well past age 65, which explains why the average retirement age in Canada is now 64.4, an increase of three years in two decades.

Although mandatory retirement at age 65 was eliminated more than a decade ago, laws and public policy, including Statistics Canada definitions, continue to assume that everyone retires at 65.

In many provinces, workers’ compensation laws only pay injured workers for their loss of earnings until they turn 65, or for two years if they were older than 63 when injured at the workplace.

The obligations of employers to rehire workers following an injury only apply until someone turns 65.

Employers aren’t required to provide medical and dental benefits, or life and disability insurance, to workers 65 and over. There may be no difference whatsoever among the skills, abilities and job duties of an employee aged 64 and one aged 65, but one receives benefits while the other does not.

There is nothing magical about turning 65. A reformulation of both working age and retirement is sorely warranted to strengthen Canada’s economic and social development. Other countries have already done so.

Setting age 65 as the entry to old age is a relatively recent development.

Germany, the first nation to adopt an old-age social insurance program in 1889, set the eligibility age at 70. Newfoundland’s old age pension, established in 1911, set 75 as the minimum age to receive benefits. Canada’s Old Age Pension Act, which was in effect from 1927 to 1952, set the pensionable age at 70.

In the mid-1960s, when the Canada Pension Plan was introduced, 65 was established as the age to receive a full pension and to receive Old Age Security payments. Canadian workers’ 65th birthday became the universal marker of their exit from the labour market and official entry into old age.

Demographers and other experts say we should revisit the definition of “old age” and “retirement age,” because using 65 is increasingly inappropriate as people live longer and healthier lives than ever.

As well, compared to several decades ago, Canadians are spending more years in post-secondary education, resulting in a later start to full-time work.

Work itself has also changed, with a fewer and fewer occupations requiring intense physical labour.

There are ways to update the definition of old age that would have clear social and economic benefits.

This recognizes the diversity among people 65 and older, permitting politicians and other stakeholders to design more sensitive and age-appropriate policies for each of these three distinct demographic groups.

For instance, working past age 65 has been shown to have health benefits for some groups and therefore should not be discouraged for the “young old.”

A second option is to adjust the age that marks the official entry into old age _ currently 65 _ to account for increasing longevity. A century ago, Canadians reaching age 65 could expect to live for another 13 years. At present, men reaching 65 will live 18 more years, while women will live 22 more years.

With longer life expectancy, it only makes sense to have the age marker for old age set higher. This option has been proposed in the United Kingdom and is often accompanied by the proclamation: “70 is the new 65.”

Lastly, old age could be made more gender-sensitive. Women live longer on average than men, and so are classified as older for a longer period of time. The latest Canadian census finds there are more than 9,000 centenarians in Canada, mostly women, each of whom has been defined as old for nearly a third of their lives.

Using the same definition of old for both women and men is a reflection that, historically, retirement and pension ages were set for men and not women because fewer women worked outside the home.

Because women live longer on average than men, they must work longer to have similar retirement savings, but that’s not possible if they retire at the same age as their male counterparts.

A revised conception of old age would significantly decrease the number of people classified as old and would more accurately reflect the total number of people in Canada’s working age population. A modern definition would also mitigate stereotypes of older workers and ageism while prodding governments to reform outdated laws and provide a boost to an economy often facing worker shortages.

Increasing the age at which Canadians are considered old is surely a political easy sell. After all, who could be opposed to being regarded as younger?

Related
A largely female teaching force is standing up for public education
How to create a deeply humane workplace culture
Regardless of education or training, racialized immigrant women earn less
Women candidates need to throw their hats in the ring
Tags