Columns/Blogs Recruitment Retention
Are the power dynamics of the employment relationship shifting? 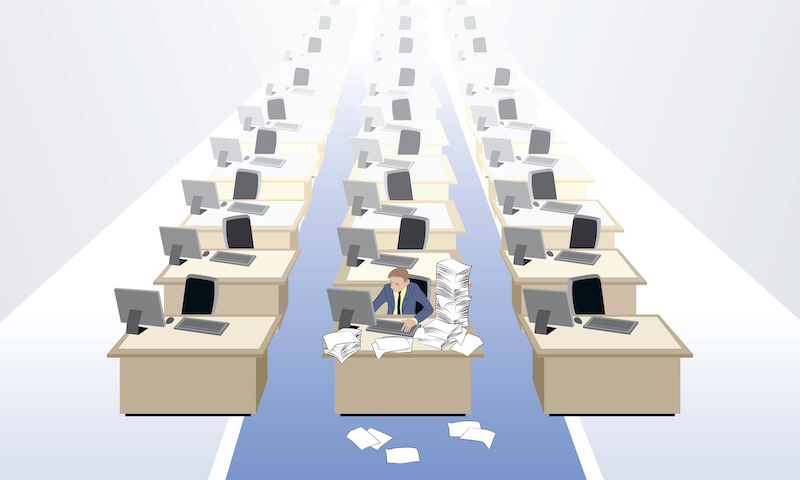 Employers are slowly waking up to the idea that they don’t necessarily hold all the cards and that candidates and employees need to be attracted, retained, engaged and developed. With the tightening job market, fewer entrants into the labour force and new attitudes about things like work-life balance and worker loyalty, it is important to consider the experiences of individuals throughout the employment lifecycle right from when they first apply for a position to their final day with the company and beyond.

For too long, employers acted like they could treat candidates and employees like they were commodities and easily replaceable. Many companies were fond of saying that, “Our people are our greatest assets.” So, why is it that so many employers failed to consider the needs and desires of job candidates or the experiences of existing employees?

Beyond a one-sided employment relationship

The truth of the matter is that in most cases the employment relationship used to be very one-sided. While candidates could theoretically bargain for better pay, benefits and working conditions, employers had more resources and power and employment was typically offered on a “take it or leave it” basis.

If a candidate didn’t like what was being offered, there were ten others waiting in the wings ready to accept a job offer. This was especially true of lower-paid or relatively unskilled work where just about anyone could be trained on the job and be productive within a few weeks.

In many cases, employers found they had to pay a premium for those with specialized technical skills that were scarce and highly in demand. In such situations, workers with those skills generally had more bargaining power. This has been exacerbated even more by real and perceived talent and skills shortages and the demographic realities of the workforce, with an increasing number of Baby Boomers exiting the workforce and fewer entrants into the labour force among the younger generations.

Part of the problem has been many employers acting like we’re still in the depths of a recession, combining what used to be two or even three jobs into one and insisting on “job-ready” candidates with advanced education, several years of experience and a whole laundry list of technical skills. In many cases, employers have also been unwilling to adjust their compensation packages to reflect this new reality.

This has resulted in a lot of hand wringing about skill and talent shortages, which many experts believe are overblown or based on unrealistic expectations. While many employers lament the dearth of qualified candidates, there are still many people who are unemployed, underemployed or forced to retire early because they can’t find a suitable job. There is a mismatch between what employers want and what’s out there in the labour market.

Even in a tighter labour market, many employers have failed to understand that they need to treat candidates and employees with dignity and respect. For too long, employers focused on really grilling candidates and stressing them out, while stringing them along with recruitment processes that were alienating and lasting for months, while candidates were kept in the dark and often not given proper feedback or information about next steps.

Part of the problem is the obsession with avoiding hiring mistakes and the idea that recruiters and HR practitioners need to be aggressive and hyper picky about the candidates they put forward in the mistaken belief that makes them more strategic or better at their jobs. As a result, employer branding and candidate experience weren’t considered high priorities for many organizations.

Similarly, with so many organizations focusing on doing more with less, many employers neglected to pay attention to employee engagement, employer branding or their overall employment value proposition. These have become particularly important in recent years – particularly with the rise of social media, the popularity of top employer lists and sites like Glassdoor.

Over the coming weeks, I will be discussing the concepts of employer branding, employee experience and the employment value proposition in greater detail.

Related
Would you hire worker with a PhD?
Drop the skepticism: Organizational culture really does matter
Memo to employers: Don’t fear workers with MS
Writing a job description? Avoid these legal pitfalls
Tags