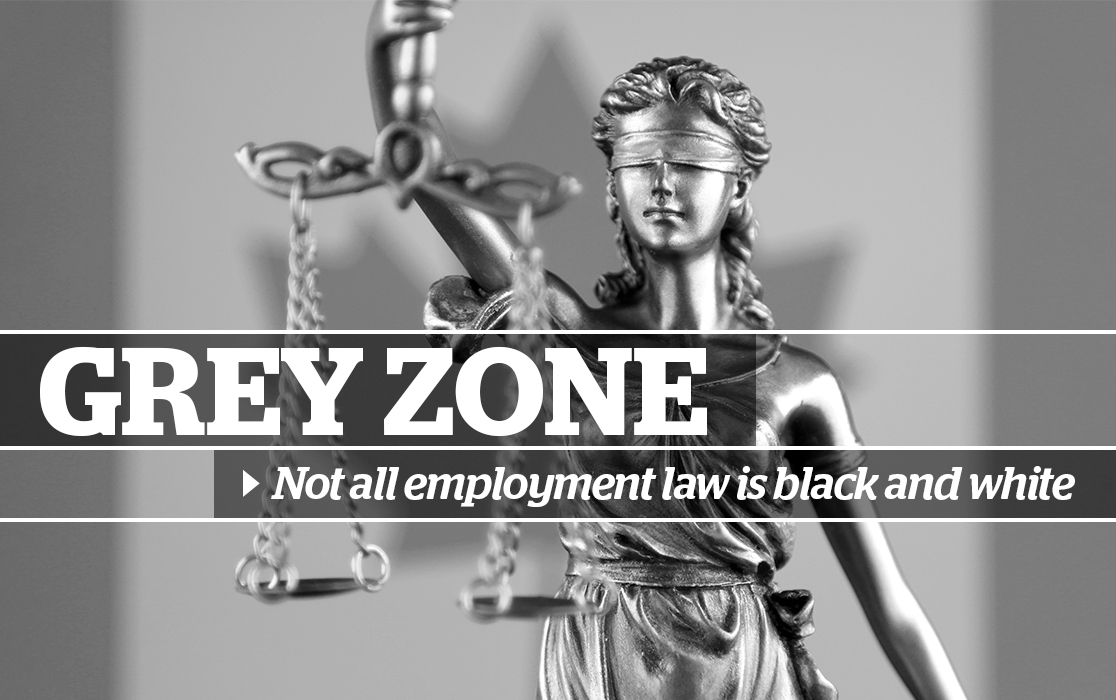 EDITOR’S NOTE: ‘Grey Zone: Not all employment law is black and white’ is a new weekly series, in partnership with John Hyde of Hyde HR Law in Toronto. This series will take a deeper look at issues in which senior workplace leaders and HR professionals need to consider legal implications.

Do Canadians really have the right to freely contract for the terms of their employment?

The idea of “freedom of contract” — the legal right of persons or organizations to enter into mutual agreements based upon free choice and without government interference — is especially relevant right now.

Notwithstanding the complexities of COVID-19 and additional contractual pressures placed on both employers and employees, recent challenges to the law have created new questions and greater confusion about how the law should be interpreted.

Far from black or white, the legal limits on freedom of contract continue to evolve, and remain very much in the grey zone.

This year, our highest courts have rendered decisions entitling employees to significant compensation in situations where employers used contracts that attempted to prevent that exact situation from happening.

This year’s court decisions are consistent with a long-standing trend in Canadian employment law to interpret contractual language in favour of employees — even when a contrary intention of the contracting parties seems abundantly clear.

The underlying premise is that an employment relationship is very different from a commercial relationship. There is a presumed imbalance in bargaining power between employers and employees, which will lead courts to protect employees from themselves.

This was the case even though the employee was terminated without cause and the “with cause” provision was seemingly irrelevant to the situation. This ruling was quickly followed by a lower court decision in Ontario less than a month later.

The implications of this decision are troubling — despite an employee specifically agreeing to limit their entitlements at termination, and notwithstanding the enforceability of that clause, they can nevertheless be entitled to significant awards if another provision of their employment contract is deemed to be invalid.

Based upon the Court of Appeal’s reasoning, an employee could theoretically point to any part of the contract that even potentially violates employment statutes and, argue for additional wrongful dismissal damages.

Adding to the confusion, the Court of Appeal’s ruling might not be the final word on the matter, as the employer has sought leave to appeal the decision to the Supreme Court of Canada.

Was the employment agreement sufficiently clear?

The law is that contractual language must be “clear and unambiguous” in order to successfully limit an employee’s entitlements at termination — yet, for employers, this remains an increasingly scrutinized and ever-evolving threshold.

There is no black and white set of rules to follow and, it is becoming increasingly difficult for employers to make termination provisions enforceable.

Another important decision released by the Supreme Court of Canada this fall confirms that the bar for precise contractual drafting continues to be raised for employers.

The central issue in that case was whether the terms of the employee’s bonus plan clearly and unambiguously confirmed that he would not be entitled to a bonus triggered by the sale of the company after his departure.

The Supreme Court, however, disagreed that this language was sufficiently “clear and unambiguous.”

The legal gymnastics leading to this result (which are even lost on many lawyers), included that “a termination without cause does not imply a termination without notice” and that “the employment contract is not ‘terminated’ until after the reasonable notice period expires.”

In the end, the employee was awarded a bonus of approximately $1 million following his termination — a costly error in contractual drafting for the employer.

It remains absolutely critical that employers ensure all aspects of their contracts are compliant with minimum standards legislation and that, in particular, termination provisions, bonus plans and benefit plans are expertly drafted by a seasoned employment lawyer.

The costs of getting it wrong can be astronomical.

When should the pandemic work-from-home conclude?

Related
Navigating bad-faith layoffs in the COVID-19 era
Enforcing work standards in the digital era
Mixing alcohol, employees can be a costly cocktail for employers
How to build a workplace harassment and violence risk assessment
Tags