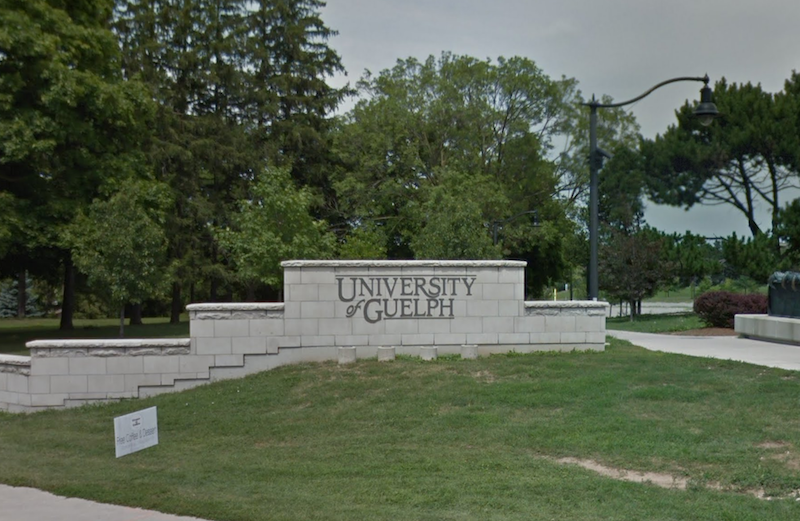 The University of Guelph in Guelph, Ont. Photo: Google Streetview

DeBues-Stafford spoke out against the national organizing body in a series of tweets on Sunday, a day after Athletics Canada put out a statement saying the allegations of a sexual relationship between Scott-Thomas and an under-age athlete in a Globe and Mail report are “deeply disturbing.”

DeBues-Stafford quote-tweeted Athletics Canada’s statement on Scott-Thomas’s provisional suspension, after former student-athlete Megan Brown came forward in a Globe and Mail story alleging that the former University of Guelph coach groomed her for a sexual relationship when she was 17.

“This statement is pathetic. An athlete was abused repeatedly by a coach under your watch. Your leadership KNEW about the abuse. (Athletics Canada) not only allowed Dave to continue coaching but put Dave in positions of power where Megan would be forced to interact (with) him,” read the first of DeBues-Stafford’s tweets.

Coach fired by University of Guelph

The University of Guelph fired Scott-Thomas on Dec. 16 for unprofessional conduct.

Scott-Thomas was also a coach on 16 Canadian national teams, including the 2016 Rio Olympics and the 2015 and ’17 world track and field championships.

“The running community has known about Dave for a long time. I have always found it disturbing that (Athletics Canada) gave power to a man with such serious rumours around him. But I had no idea how deep the betrayal went. To try to hide behind the language of ‘allegations’ is insulting,” added DeBues-Stafford, who set a new Canadian indoor mile record on Saturday with a fourth-place finish at the Millrose Games.

DeBues-Stafford did not immediately respond to a request for comment by The Canadian Press.

Complaint in 2006 led to suspension

In a Jan. 9 statement on the University of Guelph’s news website, the school said it received a complaint in 2006 from a family member of a student-athlete, and while an investigation didn’t substantiate all of the allegations, it determined some misconduct had occurred and Scott-Thomas was suspended for four weeks.

The university received a complaint from another student-athlete about Scott-Thomas this past fall, and the school again retained an independent external investigator. Scott-Thomas was placed on paid leave pending the outcome.

During that investigation, the university received new information that “made it clear that Scott-Thomas had lied repeatedly in 2006 about several significant matters.”

Scott-Thomas was fired as a result of that new information. The university said that had it been aware of this information in 2006, it “would have terminated its relationship with Scott-Thomas at that time.”

Attempts by The Canadian Press to reach Scott-Thomas were unsuccessful.

On Saturday, Athletics Canada issued its statement clarifying its position in the wake of The Globe and Mail’s article in which Brown made her allegations against Scott-Thomas. The Globe and Mail story says that Scott-Thomas first met Brown, now 35, when she was 16 and recruited her for university after an OFSAA victory in 2001.

Athletics Canada noted in its statement that no complaint had been made directly to the national organizing body or its independent commissioner’s office.

Third coach to be suspended

Scott-Thomas is the third coach to be suspended by Athletics Canada in the past year for alleged improper sexual behaviour with athletes.

Andy McInnis and Ken Porter, two longtime fixtures in Canadian track and field, were given lifetime bans on May 6 as the result of a sexual harassment investigation.

McInnis coached Canada’s 4×100-metre men’s relay team to gold at the 1996 Atlanta Olympics and went on to become Canada’s national program director. He was head coach of the Ottawa Lions, which has produced over 250 national team members and coaches in the past decade.

McInnis and Porter had been suspended in March after allegations of sexual harassment by former athletes launched the investigation. None of the allegations have been proven in court.

DeBues-Stafford seemingly alluded to the McInnis and Porter bans in the third of her four tweets on Sunday.

“You have failed the Canadian running community. You have failed to protect women in athletics. AGAIN. You have lost our trust. The leadership at Athletics Canada may have changed since then but as an organization, you are still responsible for the actions of past leadership,” said DeBues-Stafford.

Added DeBues-Stafford: “I demand that you be better. Because Megan deserved better. You can start by showing an ounce of humanity. You can start with a proper apology.”

Scott-Thomas led the Guelph Gryphons to 37 national titles in cross-country and track and field, and earned U Sports coach of the year in the two disciplines 35 times.

He was also the head coach of the Speed River Track and Field Club, of which numerous Olympians have been members. The club announced in January it was ceasing operations.

In its statement, the University of Guelph said it was saddened to learn that student-athletes had unacceptable experiences, and “we offer an apology to those who endured suffering and hardship.”

Reid Coolsaet, a long-distance runner who competed for the University of Guelph and has represented Canada internationally, also tweeted his support of Brown.

“Even though I knew this article was coming out I was not prepared for what I read,” said Coolsaet, quote-tweeting the Globe and Mail’s article. “Megan’s story should be heard.”

Matt Hughes, the current Canadian record holder for men in the steeplechase that competed at the 2016 Rio Olympics, posted a lengthy message on the allegations surrounding Scott-Thomas.

“(W)hat the coach did is disgusting and sad, but even worse was the cover up by a respected university and institutions in a position of power that should be there to support athletes,” read an excerpt of Hughes’s message. “Instead, to either protect that coach of be sheer laziness or fear, they did nothing. It is inexcusable.”