News Legal Offbeat Workplace News
B.C. winery worker may cry over spilled wine, but ruling won’t give his job back 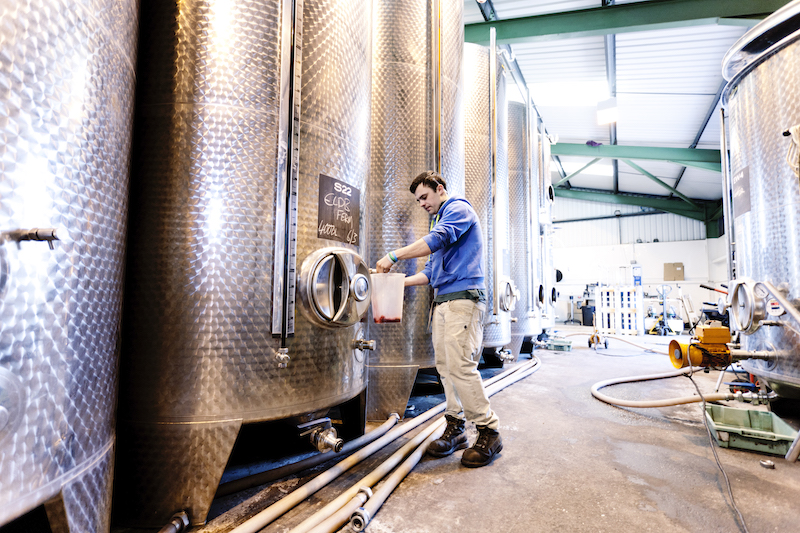 An employee who twice dumped thousands of litres of wine down a drain at a winery in Kelowna, B.C., cannot expect to return to his job under a labour arbitration ruling.

Brent Crozier argued in a grievance that his treatment was too harsh when he was dismissed from his job as a senior cellarman at the Mission Hill Winery in December 2018.

Crozier was fired after a spill weeks earlier that saw about 6,000 litres of Estate Sauvignon Blanc, worth an estimated $160,000, accidentally pumped down a drain after the cellarman didn’t properly connect a hose between tanks.

Crozier’s responsibilities included moving wine between tanks and he testified the spill happened during a busy production period, but arbitrator Nicholas Glass says Crozier only had a single task that morning and a “simple check would have revealed wine flowing freely down the drain.”

Glass also took into account Crozier’s admission to a larger wine loss in 2017 when 11,000 litres splashed down a drain, also because of poorly connected hoses, but Crozier kept his job after profuse apologies to management and a pledge to be more careful in future.

In the decision issued late last month, Glass examined the discipline handed to other employees for various mistakes and found that Mission Hill did not single out Crozier for harsh treatment because his “repeated negligence” justified the company’s response.

“What continues to strike me as the distinguishing factor in (Crozier’s) culpable conduct is the lack of any application to his duties to the point where he did not so much make a mistake in carrying out his duties as he simply failed to carry out his duties at all,” Glass wrote.

In dismissing the grievance the arbitrator was not swayed by union arguments that Crozier offered multiple apologies and obvious remorse.

“I do not find this to be a mitigating factor of much substance, given that after the same or similar apologies and expressions of remorse in 2017, (Crozier) repeated the same disastrous error approximately 18 months later,” said Glass.