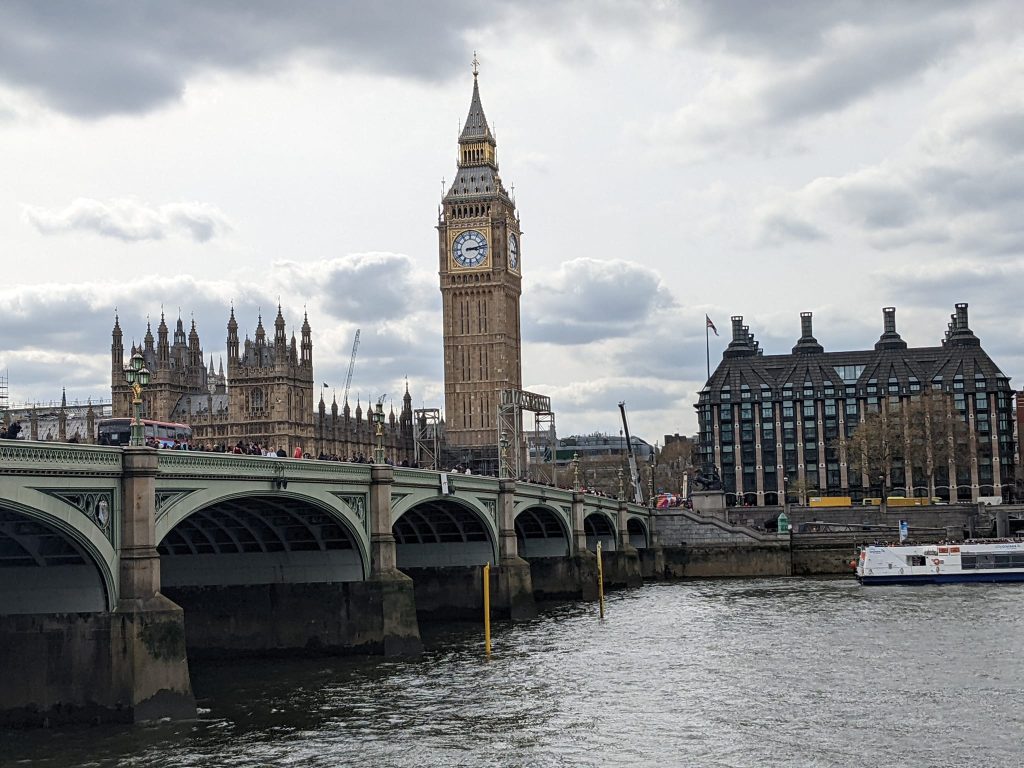 The Bank of England projected Thursday that the United Kingdom’s economy will enter a recession at the end of the year as it hiked interest rates by the largest amount in more than 27 years, pushing to tame accelerating inflation driven by the fallout from Russia’s war in Ukraine.

The rate hike of three-quarters of a point pushes the bank’s key interest rate to 1.75%, the highest since the depths of the global financial crisis in December 2008. The move looks to draw down galloping consumer prices driven by soaring energy costs as Russia restricts natural gas to Europe and further cuts are a risk, Bank of England Gov. Andrew Bailey said.

“There is an economic cost to the war,” Bailey said at a news conference. “But I have to be clear, it will not deflect us from setting monetary policy to bring inflation back to the two per cent target.”

The bleak outlook in the world’s fifth-largest economy shows the ripple effect of the war, with people mired in a cost-of-living crisis that has surged the cost of everything from groceries to utility bills. And it lays bare the difficult position that central banks worldwide are facing: how to control surging inflation without tipping economies into recession that were just beginning to recover from the coronavirus pandemic.

Inflation expected to pass 13 per cent

In the U.K., inflation will accelerate to over 13 per cent in the final three months of the year and remain “very elevated” for much of 2023, the bank said. The forecast reflects a sharp increase from the 40-year high of 9.4% recorded in June.

The bank’s forecasters say inflation will hit its highest point for more than 42 years amid the doubling of wholesale natural gas prices tied to the war. Those energy prices will push the economy into a five-quarter recession — with gross domestic product shrinking each quarter in 2023.

Central banks around the world are making borrowing costs higher for consumers, businesses and the government, which tends to reduce spending and ease rising prices. But such moves are also likely to slow economic growth.

Rate increases in the U.S.

The U.S. Federal Reserve has moved aggressively, increasing its key rate by three-quarters of a point in each of the past two months to a range of 2.25 per cent to 2.5 per cent. The U.S. economy shrank from April through June for a second straight quarter, raising fears that the nation may be approaching a recession.

“The Bank of England has become the latest in a string of international central banks to deliver historically large rate hikes,” said Luke Bartholomew, senior economist at abrdn. “The bank’s forecasts make clear just how difficult the UK’s economic picture is compared with other major countries.”

The landscape is especially complicated for central banks because many of the factors driving inflation are beyond their control, particularly food and energy prices that have soared due to uncertainty surrounding Russia’s invasion.

External pressures are becoming embedded in the U.K. economy, with public- and private-sector workers demanding wage increases to prevent inflation from eroding their living standards.

“With gas prices continuing to reach record levels, both households and businesses will see large increases in their energy bills throughout the winter and into 2023,” said Jack Leslie, senior economist at the Resolution Foundation, a think tank focused on the living standards of low- and middle-income families.

The last time the U.K. approved a similar interest rate increase was December 1994, when those decisions were still made by the government’s treasury chief in consultation with the central bank governor.

Dean Turner, an economist at UBS Global Wealth Management, said he did not envy the Bank of England’s position.

“What is a central banker to do?” he asked. “Should they be prioritizing current inflation, most of which is driven by factors beyond the control of the Bank of England, or the faltering growth backdrop?”