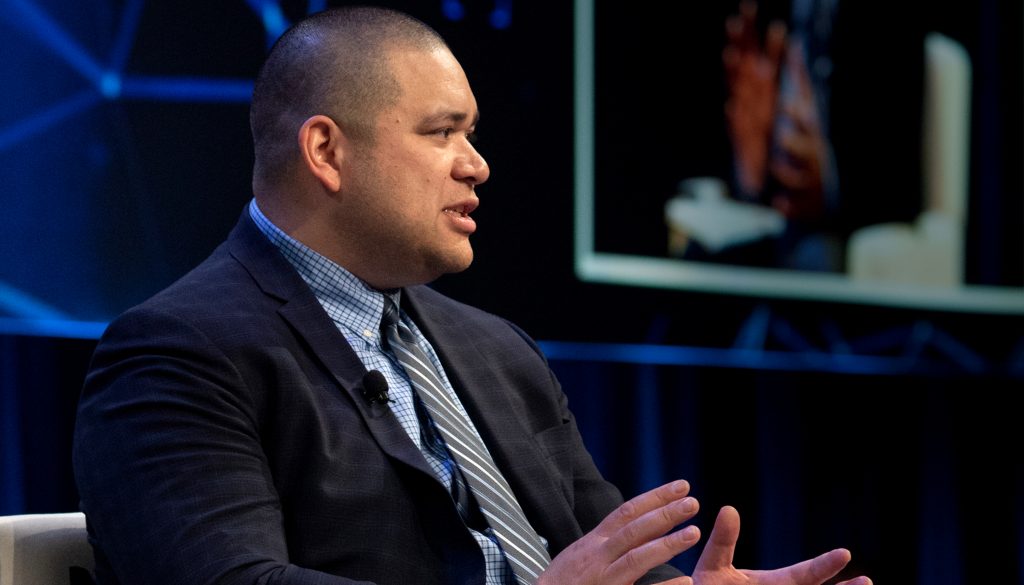 In a brightly lit surgical room around sunrise, Dr. Alika Lafontaine recounts why he chose to become an anesthesiologist as he fills syringes for his first patient of the day.

The 40-year-old doctor — who on Monday became the first Indigenous and youngest president of the Canadian Medical Association — says he wanted to be a surgeon for several years before he shadowed an anesthesiologist who told him he should consider that field instead.

“At around 3 a.m., there was a code call. We both rushed there,” Lafontaine said in an interview earlier this month as he began a 24-hour shift at Grande Prairie Regional Hospital in northwestern Alberta.

“It was interesting watching my friend work, because within a few minutes of him walking into the room, suddenly, this scene of chaos became really calm. The patient had been stabilized. Everybody knew what they were doing,” says Lafontaine.

“I want to be able to help out in situations that feel chaotic.”

The new CMA president has spent the past year shadowing his predecessor, pediatrician Dr. Katharine Smart, who is based in Whitehorse.

‘As old as Canada’

Lafontaine — who is of Cree, Anishinaabe, Metis and Pacific Islander ancestry — is to now speak for the group, which has been advocating for Canadian health-care professionals and patients by engaging with governments, communities and other stakeholders for some 155 years.

He says he wants to celebrate becoming the group’s first Indigenous president, but also wonders why it took so long.

“Any time you see ‘first,’ what that triggers in general for people is that something could be different: ‘Maybe this person will hear my problems differently,’ and that’s a beautiful thing,” he says.

Lafontaine says a lot of voices have been excluded from the table when it comes to the health-care system.

“There’s gender inequity, and not just Indigenous-specific racism, but also racism against Black people and other persons of colour,” he says.

“Once you create the space around the table to have those people sit, it’s really important to kind of carry that on.”

Born and raised in Regina, the doctor had a middle-class upbringing with four siblings, a dad who was an educator and a stay-at-home mom.

His family also toured together in a popular R&B and rock band called 5th Generation.

Language difficulty as a child

His parents, who always encouraged education, were crushed when he was having language difficulty as a child and a teacher labelled him developmentally delayed.

Lafontaine says he’s been reflecting a lot about that label.

“I looked around and I saw colleagues that reminded me of how I felt when teachers told me: ‘There’s just no hope for you,”’ he says.

“But those experiences where we feel like we’re broken — they help us to appreciate the things around us that need a little bit of help.”

A system under strain

He says the health-care system was already struggling to keep its head above water before the COVID-19 pandemic hit in early 2020 — and the strain has only grown.

“When systems are in crisis, health providers are ready to beat it. That’s what we trained for,” says Lafontaine.

“But it’s not normal to always be in crisis. That’s one of the reasons why burnout is really accelerating.”

Along with improving work environments, he says he also wants to advocate for a national standard of health care.

“We talk a lot about quality improvement and patient safety, but we still have 13 different provincial and territorial systems that have very different ideas of what that looks like,” he says.

He says he wants to draw on his Indigenous identity while advocating for solutions.

“As someone who comes from a background where I know what it feels like to not have a voice, I can reach out in a different way. I can feel what people are feeling in a way that doesn’t burden the person who’s experiencing the pain as much,” he says.

“One of the greatest things about culture is (it roots) you in your position with the world and each other. It grounds you especially in times of stress and crisis.”

Related
Considering blind spots in leadership and HR management
Workplace dissent does not always mean disloyalty
For CEOs to promote diversity, they have to ‘walk the talk’
A new CEO is going to be named. What do you do?
Tags