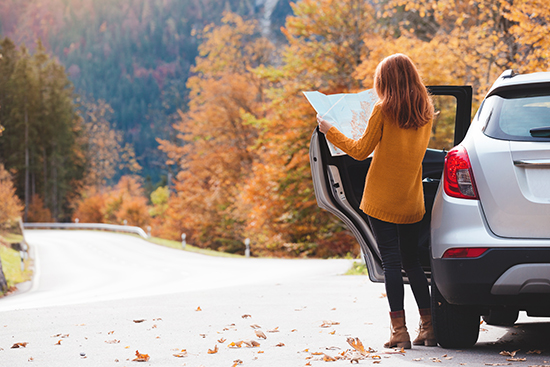 Over the past two years, COVID-19 has dramatically affected the global job market. Canada is no exception to this upheaval. In the first quarter of 2020, a 15 per cent decline in Canada’s employment rate was reported and attributed to COVID-19.

However, with the recent removal of COVID-19 restrictions, the Canadian job market is finally starting to recover. In May 2022, Statistics Canada reported the unemployment rate in Canada had declined to 5.1 per cent. In June, the rate declined even further to 4.9 per cent _ a rate that hasn’t been recorded since 1975.

Early in the pandemic, workers were scrambling to find jobs. Now, it is employers who are unable to find enough workers to fill vacancies. At the same time, lifestyle factors such as rising inflation and the rental crisis, have been putting financial pressure on Canadians to find higher paying jobs.

The hot job market, coupled with the increase in remote work options, appears to be leading to a rise in the number of workers seeking to relocate to cities that offer a balance between good salaries and a better lifestyle.

Our team of data science students and researchers at Carleton University conducted a study on the mid-pandemic Canadian job market. We collected data for 65,000 job postings from the Canadian Job Bank through ethical web scraping between March and April 2021. We also collected data about key quality of life indicators, including commute time and housing affordability, for Canadian cities.

The study was recently presented at the IEEE Computers, Software, and Applications Conference and provided an interactive web platform to allow job seekers to explore the job market across different provinces. This tool allows job seekers to make informed career decisions that incorporate financial and lifestyle factors.

Job searchers can use the platform to identify which cities provide better salaries, while offering information on lifestyle aspects, such as healthcare or safety indexes, for particular locations. Moreover, users can identify common qualifications and skills required by employers.

Insights into the job market

Our research provided several insights into the job market. Some of these insights follow logical conclusions. For example, the number of jobs posted in provinces with major cities, like British Columbia, are considerably higher than in provinces without metropolitan hubs. This is unsurprising because a larger population means more job opportunities for workers.

British Columbia, Quebec, Ontario and Alberta have more openings for technical and intermediate jobs than the rest of the country. Interestingly, Prince Edward Island has a high demand for labour jobs relative to its population size.

According to Job Bank, Canada’s national employment service, workers with qualifications related to hospitality and the food market are the most in demand, a finding that is consistent with our mid-pandemic labour market snapshot.

In addition to guiding job seekers, these insights will enable policy-makers to make data-driven decisions, as the research provides a benchmark for comparing the job market during the pandemic to pre- and post-pandemic.

For example, rules and crisis management policies could be adapted from the cities that appeared to be more resilient in the face of the COVID-19 crisis.

Some cities are more appealing

Our data shows that Edmonton and Mississauga, Ont., are attractive cities to relocate to. They both have higher average salaries relative to key performance indicators, such as quality of life and commute times. As for the cost of living, Saskatoon and Edmonton appear to have higher-than-average pay and a relatively low cost of living.

We also explored the data for specific industries. For instance, while the highest paid construction jobs are found in Marathon, Ont., the highest paid positions for information technology professionals are available in Ajax, Ont. For health workers, there seems to be a greater demand in Saskatchewan, but the highest average salary is in Chapleau, Ont.

While it seems lucrative to move to cities that offer higher salaries and better quality of life, other factors, like job security and further economic disruption, should be considered before changing jobs. When the economy is unstable, people who joined most recently, with their limited experience in the work environment, tend to be laid off first.

Although around 40,000 jobs have been posted in May, experts still warn that workers should prepare for an inevitable recession. Instead of making risky financial decisions, families should focus on reducing their expenses by paying off debts and delaying large purchases, such as buying a house, in anticipation of the expected negative job growth and decreased real estate values.

Career and relocation decisions are individual choices with long-term impact. The expected salary and quality of life are only some of the mere factors contributing to that decision. Hopefully, our interactive job dashboard may assist Canadians in their decision making.