Features Recruitment
Cluster hiring: A trend you should (probably) avoid 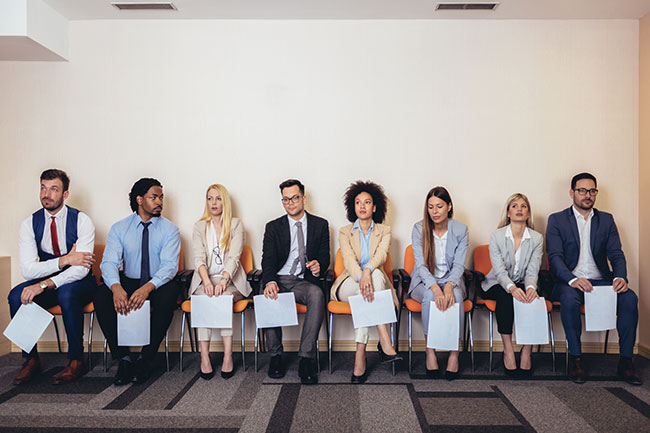 While it may be popular in educational circles, cluster hiring does not yet translate well to the corporate world, according to experts.

“It’s become a bit of a fad among universities,” says Creso Sá, professor and co-ordinator for Higher Education program at the University of Toronto. “(But) I’m not sure the situation translates too well from the academic sector.”

“And in my experience, it’s mostly been limited to universities.”

The practice received major attention on LinkedIn in January, where it was referred to as the “Hunger Games of hiring.” In that specific instance, cluster hiring was defined as job applicants being split into random groups to craft research proposals for the employer — with those showing the most promise earning the final roles.

But translating this methodology to the corporate setting is a bit fuzzy, according to Rowan O’Grady, president of Hays Canada, a recruitment agency with headquarters in Toronto.

“It just doesn’t sound like a practical idea for experienced individuals,” he says.

Cluster hiring has been occurring in universities for 30 years, says Sá.

Recruitment policies in universities often vary from department to department, with objectives and priorities determined in an ad-hoc fashion, he says.

“You don’t have a whole lot of co-ordination — it’s very decentralized.”

Cluster hiring was a way to set priorities and attempt co-ordination between departments, says Sá.

“On top of that, there have been assertions and boosterism around interdisciplinarity, collaboration and so forth,” he says. “But the first argument was really the driver, which is not the situation in business, because you have a more centralized process.”

“Over time, this has been picked up more,” he says. “The basic argument is not an argument about co-ordination and collaboration… (but rather) instead of bringing in one individual to a department that is not very diverse, we bring a group.”

“They might not necessarily be in the same unit, but we bring these people in together and they have some camaraderie and potentially some mutual help, and they might collaborate and that might help them succeed.”

The practice has been used to boost Indigenous numbers within faculties, for example, says Sá.

“You try to hire five and they come in together and they have that mutual support,” he says. “And also, you try to provide a cluster with some additional resources and some incentives and so on. That’s a more recent trend and that has been done by a few Canadian universities, but on a very small scale.”


Having recruits randomly divided into teams and assigned an exercise with the intent of hiring them as a group seems impractical in corporate settings, says O’Grady.

“I have not heard or seen any companies in the private sector do that,” he says. “I’ve never heard or seen of it actually happening in that way.”

Mass hiring of junior-level workers via assessment centres is more probable, says O’Grady, as prospective employers may desire an opportunity to see how potential recruits interact with their peers and solve problems as a collective.

“It’s not a traditional interview at all. It’s ‘Let’s see them try to do some work. Based on that, we’ll decide on who we want to hire’ … It’s a way of getting a look to see how people work with each other.”

If the clusters were randomized, employers would likely find themselves in a position of picking their favourite recruits from each of the groups, he says.

“I can’t imagine how you could say, ‘We’re going to create these teams. So, you five people are now a team. Do your bit, and then we’ll decide if we want to engage with this five.’ I don’t think anybody would be interested in that.”

Cluster hiring may be effective in research and development, academia and the public sector, but not in the private sector, says O’Grady.

“In IT, in finance and accounting, in construction and real estate, I have not seen that and I would really struggle to understand how it would work.”

In post-secondary situations, clusters are hired with hopes that a group dynamic will be created — though there are no mechanisms in place to actually ensure that happens, says Sá.

“There hasn’t really been any systematic work looking at how this works,” he says. “There are some good intentions behind it, but there isn’t an incentive or reward structure to drive this forward.”

And with its original design meant to appease post-secondary’s decentralized staff recruitment models, it may not yet translate well to the corporate world, says Sá.

“I don’t see that fundamental problem in just a regular business. You have an HR department — a hierarchy that basically sets the priorities of where hiring is going to happen,” he says. “If you use practices that have been used in universities in business, I don’t see how well that translates or how successful that would be.”

Still, cluster hiring can take many forms and could eventually find success in the private sector, says Sá.

“Business has the tools to turn this into something,” he says.

Sá warns employers from using cluster hiring simply as a public-relations stunt; it should be used only with intent to enact true change.

“I think it would be terrific if companies were launching cluster-hiring initiatives to hire Indigenous people, to hire black Canadians — and use that as a motivator to get 20, 30, 40 Indigenous people in a large organization or the same with other minorities.”

Related
Would you hire someone with a face tattoo?
Nepotism in hiring alive and well
Is the recruitment process broken?
Pandemic hammers job market, but there are ‘opportunities,’ say analysts
Tags