Depending on your industry and the defining issues of an election, a political stance can attract or detract recruitment opportunities 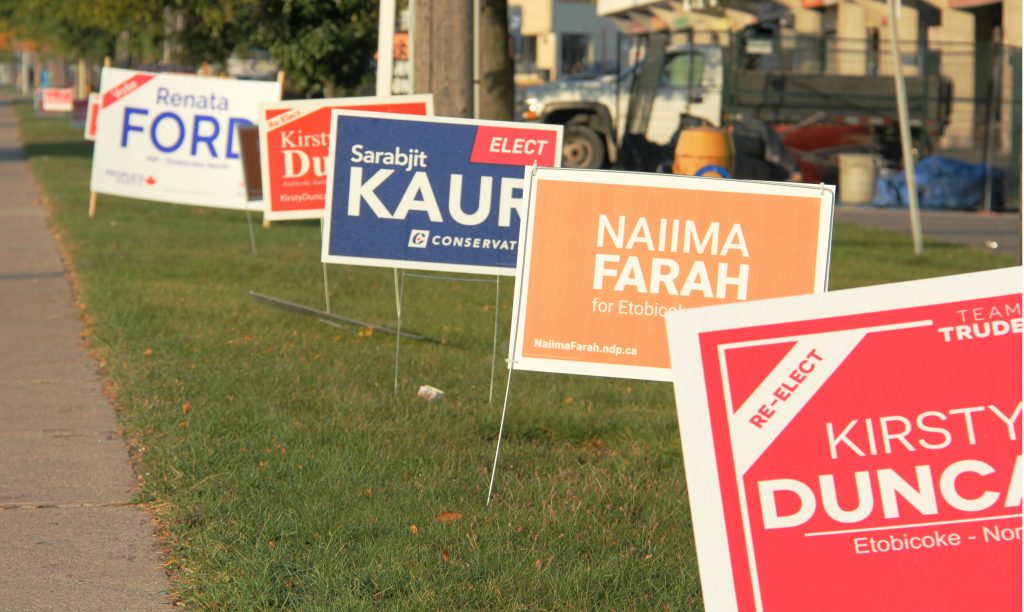 If you have a strong affiliation to a particular political party or feel strongly about a candidate, you may want to consider how you can support them before and/or during the campaign.

As a citizen, it’s your right to support any party or person you like, but as part of an organization, you will want to consider a few things before you hammer a sign into the lawn outside your building.

Aligning yourself or your business with a party means publicly acknowledging that you believe in that party and its vision for Canada. For some industries, this is an important action to take to show your employees that you are advocating for them — nurses, teachers, and factory workers in particular.

Depending on your industry and the defining issues of this election, your stance can attract or detract recruitment opportunities. Adopting a vaccine policy, for instance, may offer a sense of relief or safety for some employees, while others will find it an overstep and judge your organization accordingly.

Often large corporations fear taking a hard stance because they want to ensure they are in good standing with any party that gets elected.

Policies to balance partisanship are established to avoid favouritism such as: no political visits on site, or every candidate gets an invite to demonstrate equal footing and an effort to work with all parties. When the government is elected this stance becomes the proof-point of collaboration and the company’s willingness to work with them.

If you wholeheartedly endorse one party and another gets voted in, your meeting request won’t be a priority.

Taking a political stance on behalf of your business can win you favour with the party or candidate you support should they get voted into government. On the other hand, employees and customers with different political views may judge your business, based on your ideology instead of on your product or service, and it could alienate those who are passionate about politics.

This is a fine line and should be tread carefully because big business policies can come at the cost of employee interests.

It can be argued that is what is good for the business is good for employees; however, perception in politics matters and if the policy is seen as harming employees it may be time to re-evaluate your stance.

After you’ve weighed your options and decided you want to use your business influence to support a candidate, what can you do?

Elections Canada has specific rules for contributions, spending by candidates and political parties as well as signage and advertising during the formal campaign period. So, before taking any steps, you will want to consult the specific rules.

The Elections Canada website is a good place to start and be sure to review the “Tools for Third Parties” section.

As an organization, there are many factors to consider before publicly endorsing a candidate, and it’s important to look at the implications from many angles before making the leap.

While an election can be a very exciting time and a chance to support a candidate you are passionate about, it is also important to be aware of sensitivities while making the best choices for you and your business during and after an election.

Crystal Hyde is a professional certified coach in Waterloo, Ont., and founder of Propel Leadership Coaching, which specializes in communications consulting and leadership coaching.

Related
What our national governor-general saga taught us about background screening
How COVID-19 has transformed the recruitment process
As businesses reopen, here’s how to hit the ground running
Why it makes good business sense to hire people with disabilities
Tags