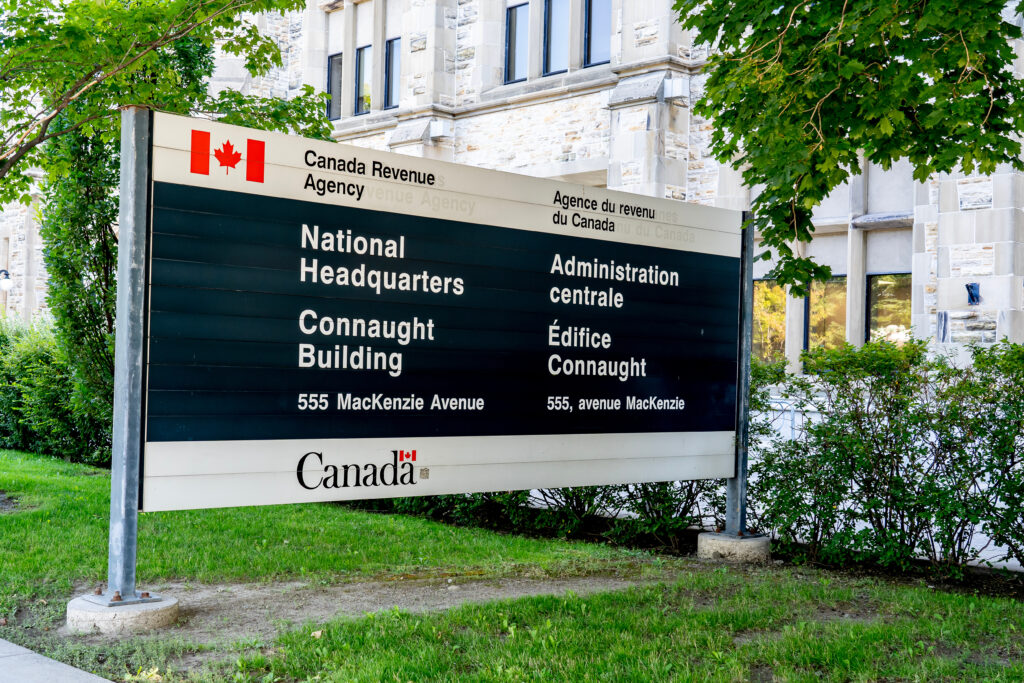 The Canada Revenue Agency is accusing one of its unions of bad-faith bargaining as the two sides dig in over a number of key issues, including remote work and the return to the office.

The CRA filed an unfair labour practices complaint with the Federal Public Sector Labour Relations and Employment Board against the Public Service Alliance of Canada  – Union of Taxation Employees (PSAC-UTE) on Friday. It said the union was “failing to observe its duty to bargain in good faith and duty to make every reasonable effort to enter into a collective agreement.”

“The CRA respects the collective bargaining process, and is ready to return to the bargaining table at the earliest opportunity to resume negotiations,” it said. “The CRA continues to bargain in good faith and is committed to reaching an agreement that is both fair to employees and reasonable for Canadian taxpayers.”

The union, though, denied the allegations and said it has been clear that its key issues are work-life balance, the ability to work remotely and economic increases, according to Marc Brière, national president of the Union of Taxation Employees.

Through its complaint, the CRA is seeking the Board’s authority under the Federal Public Sector Labour Relations Act to recognize that the PSAC-UTE did not bargain in good faith and did not make every reasonable effort to enter into a collective agreement, it said.

The CRA is also asking the Board to direct the parties to return to the bargaining table before allowing the PSAC-UTE to declare or authorize a strike.

Union walked away in September: CRA

On Sept. 1, 2022, PSAC-UTE left the bargaining table during the sixth negotiation session and declared an impasse, the CRA said.

“When it declared impasse, the PSAC-UTE still had over 200 outstanding bargaining demands, many of which involve significant costs to the CRA and taxpayers,” the agency said in a press release. “The board recommended both the establishment of a Public Interest Commission (PIC) and mediation leading up to the PIC, to help the parties resolve many of the 200 proposals submitted by the PSAC-UTE that remain in dispute.”

On Dec. 20, 2022, the first day of the agreed-upon mediation, the PSAC-UTE decided to withdraw from the process, according to the CRA.

“In addition, the PSAC-UTE has clearly stated its intention to move to a strike position as soon as possible, in advance of the PIC conclusion and in a manner that would impact the CRA’s tax filing season, without first engaging in good faith bargaining,” the CRA said, adding it was “disappointed” the union had chosen those actions.

PSAC-UTE said it did declare an impasse.

“This decision was not made lightly by the bargaining team and this decision was made after exploring all alternatives,” said Brière. “What the commissioner failed to state was that when one party declares an impasse, they must demonstrate to the Labour Relations Board that the decision is compliant with the Act.  We did so and the Board agreed with us that this was the right of the union.”

He said it was “not accurate” to say the union refused to participate in mediation or that the bargaining team “didn’t show up” to the mediation session.

Brière cast a spotlight on the Treasury Board’s decision, with no warning and no consultation, to “introduce their mandate of returning to the workplace, instead of negotiating it in good faith at the bargaining table.”

“The employer full well knew UTE’s position as we had been meeting regularly with its representatives to consult meaningfully on the Agency’s Journey to Hybrid and its plans for a gradual return to the workplace,” he said. “Up until this announcement, the parties had been working in a spirit of collaboration and cooperation.”

Lat week, the union said it would be holding strike votes for about 35,000 workers. The votes are slated to take place from Jan. 31 to April 7.

The two sides are set to participate in Public Interest Commission hearings, which were recommended by the Board, at the end of this month and again on Feb. 20.

Shut it down ‘when it hurts’

In an interview with the Canadian Press, Brière he expects the CRA to come to a standstill at its busiest time of year (the deadline to file taxes is April 30).

“I’m going to shut it down exactly when it hurts,” he said.

“It’s very unfortunate. It’s not what we want. But we reached a point of no return.”

The union, in its release announcing the strike votes, said that wages keeping pace with inflation and a sensible remote work policy are critical in reaching a deal with the CRA. Briere added that working hours are a big sticking point for CRA employees as well.

He said that bargaining between PSAC-UTE and the CRA has been strained for years, marked by delays, and the union had hoped after the CRA’s efforts during the pandemic, this round would be different.

“We are really fed up with the way that bargaining has been going on, not just this round, but the last three rounds,” said Briere.

“We pulled the plug because … the system is broken.”

With files from Rosa Saba at the Canadian Press

Related
Putting up the ‘Batman Signal’ won’t attract staff in new era. Instead, try meaningful work and recognition
Working one day a week in person might be the key to happier, more productive employees
AIMCo CEO says execs who force employees back to the office are ‘tone deaf’
How company ‘off sites’ are changing business travel
Tags