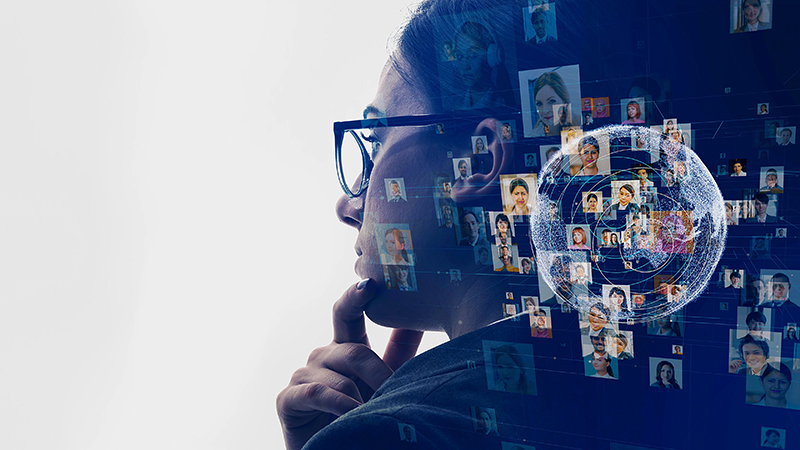 The COVID-19 crisis has dealt a massive blow to the cultural and creative sectors in Canada and around the world. The impact was broad and deep.

In 2020, museums were closed for an average of more than 155 days, and in 2021, many of them had to shut their doors again, resulting in a 70 per cent drop in attendance.

The film industry, which relies heavily on box office revenue, has seen most theatrical releases cancelled or delayed. The crisis shook the book publishing industry, putting smaller publishers at risk and delaying the launch of several new books and literary works. Music festivals, concerts and plays were forced online, delayed or cancelled and many artists had to find other work.

When these sectors hurt, Canada hurts.

Creative industries have long been one of the leading drivers of innovation and economic growth in this country, making up almost three per cent of the GDP. By promoting social inclusion and social capital, the cultural sector is a key contributor to well-being as well. Our culture drives our identity as community and as country.

The pandemic has exposed the structural fragility of the businesses and people foundational to supporting the cultural and creative sectors.

For the most part, these are small businesses, non-profit organizations like art centres, fairs, festivals, museums or theaters and independent artists and creative professionals like writers, painters or musicians — many who are operating just above survival level.

The pandemic has removed their main sources of revenue but has not diminished their costs of creation. If they go under, they may never recover. This would create a long-lasting dent in the production of cultural content in Canada.

Even though the federal and provincial governments have implemented support policies for organizations and professionals affected by the pandemic, the measures have not adapted to the new reality.

Supports also appear to be poorly targeted and fail to account for the medium- and long-term impact of digital transformation on how we produce and consume cultural products and experiences.

For many arts institutions and creative professionals, continued survival and relevance will hinge on how well they can transition from in-person to digital. Doing so will build their resilience to face future shocks and offer an economical pathway to reach larger audiences.

In the near future, emerging technologies such as virtual and augmented reality have the potential to fuel new types of cultural experiences that can be marketed not only to large audiences but also to new audiences who were not consuming the cultural content before.

In economic terms, digitalization has affected both the demand and supply for cultural content. Thanks to increasingly sophisticated technology and the adoption of digital devices to experience things remote because of the pandemic, consumers have developed a taste for new ways to “tour” museums, “attend” theatre and participate in book readings.

For culture producers, this has forced them to re-imagine not only what and how they create but also their business methods, distribution channels, advertising and funding.

The pandemic forced cultural producers to think about how they might transition the delivery of their cultural content from in-person to digital in ways that wouldn’t diminish the experience of cultural consumers.

Digitalization has affected competition as well, in cross-cutting ways. It has lowered the cost of starting a new culture-based enterprises, which should spur competition. But it has also led to greater concentration among those who are able to adapt to the digital world, adding to the decade-long trend of increased market concentration in cinemas, radio, television and the press.

Greater market concentration usually leads to higher prices and poorer quality, with serious long-term consequences for access and diversity of content — that is the most worrisome.

Access to culture and the guarantee of respect to one’s culture are not only rights explicitly recognized by the Universal Declaration of Human Rights and promoted by the United Nations and UNESCO, but they are quintessential to our identity as a community and country.

Given the importance of access to culture, public policy interventions must aim to support the digitalization of cultural experiences as one way to help face the uncertainty of the future.

Even in stable times, governments have struggled to adapt their policies to the nontraditional business models that mark the cultural sector. That needs to change.

The form of measures and aid provided can vary but two objectives must be prioritized.

One, the aid must help to guarantee the survival of companies and organizations, employees and artists who make access to culture possible. Cultural producers — particularly those that are small and independent — will need help to build their digital skills.

And two, looking to the future, the aid must be competition-neutral — business and organizations must not be favoured over others — to ensure lively innovation by new entrants. If necessary, anti-competition law should be applied to avoid abusive practices that reduce access to culture.

With the fulfilment of both conditions, we can emerge from this crisis a culturally stronger and more forward-looking and resilient country than before.

Related
Here’s how the coronavirus is affecting Canada’s labour market
Want to save the economy? Start by vanquishing COVID-19
B.C. permanent sick leave program is a broad stroke – which province is next?
A better post-pandemic future means not giving in to COVID-19 now