Student employment could remain a challenge through summer 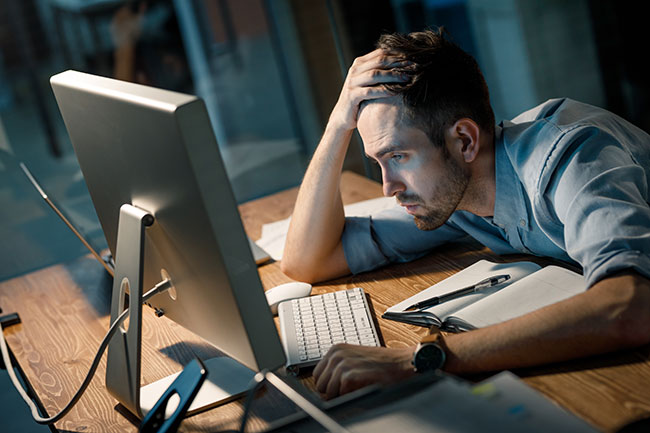 Typical student summer jobs in the tourism and retail sectors, or camp counselling are up in the air. (Alina/Adobe Stock)

TORONTO — Experts are urging students not to get discouraged even though the COVID-19 pandemic could make finding summer employment challenging for the second year in a row.

The overall job market is in much better shape than it was last spring, says Brendon Bernard, senior economist at job search site Indeed.

“Last spring we were dealing with a shortfall in employment of historic proportions. We’re not back to normal yet but we’re a lot closer than we were even last summer,” he said in an interview.

While the percentage of jobs classified as “summer” is down slightly from last year as of mid-April, total vacancies are up 18 per cent from February 2020.

“This isn’t a normal summer job market just yet but at the same time I think there are reasons to be more optimistic, especially if the vaccine rollout can really drive COVID case numbers down.”

Typical student summer jobs in the tourism and retail sectors, or camp counselling, will be “up in the air” over the next few months as employers hold off posting these jobs until there’s more clarity about lockdowns.

The inability of stores to reopen in some areas will have a big impact on summer hires, said Karl Littler, senior vice-president of public affairs for the Retail Council of Canada.

Even those that do open may come under hiring pressure because they must operate under capacity restrictions, which means fewer staff are needed.

He said the current employment situation is sad because retail stores are a significant “point of attachment” to the labour force for a lot of young people during the summer and while they’re studying during the school year.

“So it is a big deal. It may even potentially affect affordability of education and have a number of other ripple effects and of course leave people with gaps on their resumes that may bear longer term consequences.”

Some retailers, particularly smaller stores, may also want their employees to be vaccinated for COVID-19, something that isn’t readily available for younger workers, he added. Conversely, some families may not want their children to get summer jobs out of fear of exposing a loved one at home to the virus.

Depending on the region, apparel, furniture, luggage and sports stores that cater to team sports have been most impacted by lockdowns, while grocers, convenience stores, gas stations and home renovation centres have been most resilient.

Students wondering how to pay for essentials as summer work disappears

Littler suggests students cast their net widely and be persistent. If infection rates drop significantly in some jurisdictions, they could loosen restrictions even if it means late hiring.

“It may be that your summer’s more concentrated and you’re working some long hours in July and August than maybe in June but I wouldn’t give up at this point.”

Youth aged 15 to 24 historically face higher levels of unemployment than other segments of the population.

The situation was particularly bad last year. Unemployment improved between May and August but still ran two to three times the rate in the pre-pandemic summer of 2019.

By March of 2021, the unemployment rate for younger Canadians was 14 per cent, about double the level for the country as a whole, said Statistics Canada. That’s likely to rise in April because of lockdowns.

Unemployment this summer, particularly for young men, will probably be closer to where the market ended last year but young women could be particularly vulnerable because of the type of work they typically obtain, said David Macdonald, senior economist for the Canadian Centre for Policy Alternatives.

“So we might expect that unemployment rates would be twice what they’d normally be, that’s the optimistic projection,” he said.

The pessimistic view for this summer is that lockdowns endure and vaccinations take longer to reduce case counts, Macdonald added.

In that case, unemployment would be around 40 per cent instead of 25 per cent.

The situation may be brighter for students who can work remotely, likely university students doing more technical work. Jobs in construction, manufacturing and warehousing are more plentiful while those in tourism, culture and recreation are lower as summer festivals are uncertain and some amusement parks like Hamilton’s Wild Waterworks will remain closed.

“It’s not going to be unusual that folks wouldn’t find full-time jobs as they might have in the past,” said Macdonald.

The result could be increased student debt despite loan deferrals and increased government grants.

“There will be a lot of pounding the pavement and unsuccessful pounding of the pavement unfortunately. It will also be a bit of a waiting game (until) public health measures are lifted.”

High school students could get crowded out of jobs if university and college students get an early jump on limited availabilities. But Macdonald said they could also benefit if the employment picture brightens in July and August when secondary students typically start work.

Students should start their job searches early, get their resumes prepared and network with family and friends to get a sense of what industries are hiring, says Jodi Kasten, also of Indeed.

“I know it kind of seems like a little bit of a dichotomy with the lockdowns but employers are always eager to hire good employees and I would just encourage students to really think about what is it that you want to do.”

“We’re definitely seeing and hearing from our member campuses that students are feeling a very similar level of stress than they did around this time last year,” he said from Halifax, where tourism is facing another tough year stemming from the cancellation of cruises.

While the goal of students is to gain experience for when they graduate, many have significant financial needs and are looking for ways “to keep their heads above water.”

“I think it’s actually quite challenging for a lot of students to be coming to terms now with potentially facing a very similar job hunt this summer to what they faced last summer.”