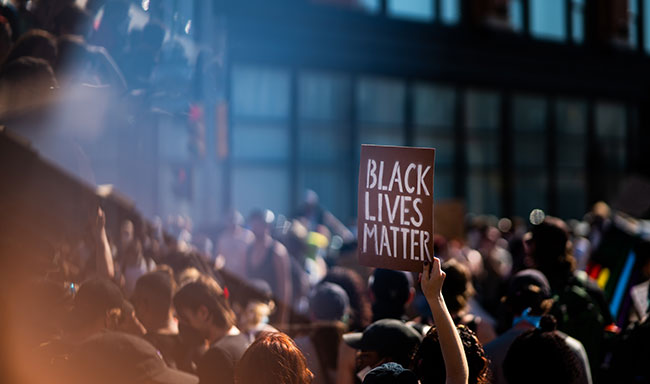 As we progress in 2021, it’s clear that the need to boost diversity and inclusion (D&I) in the workplace has reached unprecedented levels.

During the past two years — and especially in 2020 — social justice movements such as Idle No More and Black Lives Matter have amplified decades-old concerns about D&I in the workplace and beyond — and company leaders are now responding with action.

“As a business community, we haven’t made as much progress with diversity and inclusion over the last three to four decades as we’d like, but now there is a reality check,” said Dr. Susan Black, CEO at the Conference Board of Canada in Ottawa.

“This issue isn’t going to go away, and it behooves every organization to make sure it’s addressed effectively.”


Indeed, by now, leaders at companies and organizations who don’t make D&I a priority are putting their enterprises in very real risk of losing a competitive edge and even, in time, of shutting their doors.

Among the very serious consequences of not addressing D&I is the inability to recruit and retain the employees needed to make the business function. Already there are worker shortages in many sectors of the Canadian economy.

Company leaders need to ensure now and in the future that they’re doing everything possible to attract and retain people from all backgrounds simply to ensure enough employees.

Beyond enough workers, D&I directly impacts on business success in other ways.

Many studies have shown that a diverse workforce (employees from all backgrounds) and one that’s inclusive (all employees feel comfortable and important) results in increased revenue, productivity and innovation.

That is, a diverse set of employees produces a more diverse range of ideas than those that are more uniform, and employees in an inclusive workplace are much more engaged and motivated to perform at their best.

In addition, companies that don’t have strong D&I could lose customers to those that do. The issue is becoming more public every day and those companies who don’t engage risk losing market share.

For example, consumers are making note right now of which Canadian companies have joined the Black-North Initiative, where firms have vowed to share D&I strategies and increase Black representation in their workforces.

Several public disclosure regulations relating to D&I also exist in Canada and more are likely to follow. It’s a requirement, for example, for all firms listed on the Toronto Stock Exchange to publicly disclose how many women sit on their boards and any efforts underway to increase that number (or explain why).

In addition, effectively addressing D&I also reduces the risk of a company being sued for breaches of workplace human rights laws.


But, while the need for D&I is very clear, it can be difficult for leaders of a business or organization to know how best to get started.

The good news is that there has never been more sound guidance available to eventually create a workplace where people want to be hired and are supported to succeed — regardless of ethnicity, sexuality, gender, disability, or country of origin.


Zakeana Reid, COO at the Canadian Centre for Diversity and Inclusion (CCDI) in Calgary, advises gathering of data at the leadership team level in the form of an external assessment.

“In my opinion, top leaders must first seek to understand how their leadership team defines D&I,” she said. “These concepts are not universal yet, and some people still only see diversity in terms of gender.”

“We need to know where leaders are at in their understanding of these concepts because progress will only go as far as that understanding.”

“So, once you determine where the bulk are sitting, so to speak, you can then work to move the bulk forward to truly understand what D&I encompasses, and also prepare your team for this process. Becoming aware of biases can feel uncomfortable.”


The next step is for leadership to connect D&I with the business issues the organization is facing, said Reid. “Are you attracting and retaining top talent? People are attracted to organizations where they see ‘themselves’ represented and where they hear others saying positive things about their employers.”

“If an organization is having difficulty attracting a broad range of candidates, leaders may want to look inside and see if they have created an environment that is welcoming to diverse applicants.”

Leaders must also examine employee engagement scores, and compare the “overall” organization scores with the experiences of designated groups, she added.

“Is there a difference? Lack of employee engagement may be a sign of lack of inclusion and may show up as reduced customer satisfaction.”


Black also sees gathering data to be the first step, and recommends that companies conduct a D&I census of leadership and workers.

She noted that large organizations already have a lot of diverse groups, and leaders need to figure out what they are and how these different groups are experiencing their workplace.

For example, Canadian plumbing company EMCO — as reported in a 2019 CCDI case study entitled “EMCO Corporation – A case study in diversity and inclusion” — did a D&I census that examined diversity but also asked questions such as: “What are the perceptions of our leadership team?” and “What are we doing that may be causing people to feel disconnected, unappreciated or frustrated?”

“We must demystify the process and reinforce the idea that one person’s gain is not necessarily another’s loss.”

Black also emphasized that engagement must include everyone and focus on communication. She suggests starting discussion groups where ideas about specific strategies are generated.

One strategy to increase D&I at CIBC, among others, has been to create an internal online community where new and established employees across the country connect with each other.

The road to making a workplace more diverse and inclusive will not be reached overnight, said Reid.

“A common pitfall is thinking you will be done, because you will never be done,” she said.

“As the journey moves forward, the benefits of D&I will begin to show, and progress will eventually reach a level where it’s embedded in the organizational DNA. The journey might be smoother then, but it’s never-ending.”

Treena Hein is a freelance reporter in Ottawa.

This feature story was published in the Spring 2021 issue of Talent Canada.

Related
Middle managers make or break immigrant-inclusive teams: report
Being a representative of representation in the workplace
Door to C-suite still locked for many diverse candidates
The ‘why’ and ‘how’ of collecting diversity, equity and inclusion data on immigrants
Tags