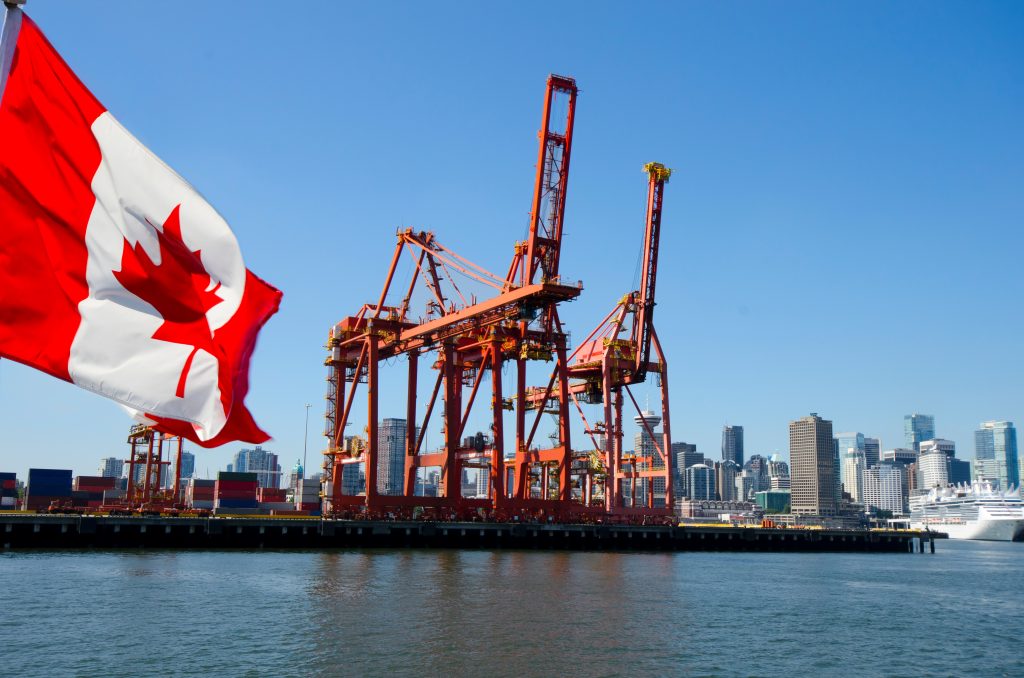 On the eve of a strike that would paralyze a big part of his company, Ian McIver gave the Canadian Merchant Service Guild what he called the company’s final offer.

“If this offer is not accepted, it will NOT be improved,” the Seaspan president told members of the guild in an Aug. 24 email. “In fact, it could well be less.”

Six weeks later, the dispute between Seaspan and the union representing its 165 tugboat captains and engineers has paralyzed the company’s North Vancouver shipyard and drydock.

Roughly 1,000 workers from other unions — who are not themselves on strike — have refused to cross picket lines set up by the tugboat workers, meaning they have been off the job and without pay for more than a month.

A battle over whether that union action is legal continues in two separate regulatory bodies. And an end to the dispute is not yet in sight.

Seaspan’s director of communications Ali Hounsell says other tugboat companies are struggling to deal with all the business previously handled by Seaspan, whose 70-strong fleet of tugboats and barges represents the largest such operation on Canada’s West Coast.

Chamber of Shipping of British Columbia has warned the strike is increasing congestion at the Port of Vancouver, straining supply chains and tarnishing Vancouver’s reputation as a home port for cruise lines and a primary gateway to Asian markets.

Workers, meanwhile, say Seaspan’s initial proposal did not adequately compensate them for rising costs and contained changes to staffing composition and scheduling that would have made the job less safe. The Guild has declined to comment publicly on the dispute, but The Tyee has obtained internal memos from the union outlining its position in detail as well as court records that show exactly what Seaspan put on the table before the strike began.

The result is a six-week dispute that threatens shipping and has paralyzed one of the country’s largest shipbuilding operations with no clear end in sight.

Anatomy of a strike

Two months before the strike began, Seaspan was already bracing for it — and telling other union staff it expected them to show up for work if and when a picket line went up.

On June 24, Seaspan executive Scott Shaw wrote to Walter Gerlach, a spokesperson for a group of unions working at the Vancouver Shipyards, telling him the company expected them to come in for work if the guild went on strike.

“Walter, our interest is in diffusing the potential for conflict between Marine employees exercising their legal right to strike and shipyard employees that want to attend work and earn income but may be conflicted about crossing a picket line,” Shaw wrote.

Gerlach said the unions — who represent hundreds of welders, shipbuilders, electricians and other workers at the Shipyards — wouldn’t cross any picket line.

“It is the position of the unions that our union members have the right to honour a legal picket line,” Gerlach said.

Seaspan has tried to challenge that position. The company twice went to the provincial Labour Relations Board, arguing a picket line started by the tugboat workers — who are federally regulated — had no bearing on employees working under provincial law.

The board rejected that argument, which Seaspan is now asking it to reconsider. The company also went to the B.C. Supreme Court with a similar argument, without success.

York University professor Sara Slinn says that is thanks in part to an “unusual” part of B.C.’s Labour Relations Code that says union members can refuse to cross another union’s picket line without it being declared a strike.

“By putting up a picket line, there’s what’s called a signalling effect to other unions and other union members — a call to solidarity. Which includes not crossing,” Slinn said. She added such a line can give a striking union leverage since it could affect other large groups of employees.

“They are trying to muster as much bargaining power as they have with the employer through their economic weapons of strike, but also picketing,” Slinn said.

That protection does not exist in the federal labour code. “Ports are always messy,” Slinn said, “because you have both provincially and federally regulated workers transiting through the same space.”

The guild’s employees, for example, are federally regulated. So are members of the International Longshore & Warehouse Union Local 400 who work as deckhands on those same tugboats.

Those workers have also refused to report for work, leading to Seaspan filing a complaint to the Canada Industrial Relations Board.

Last week, the board handed down what Hounsell called a “perplexing” decision. The members of ILWU 400 were indeed engaging in an illegal strike, the board said, but it would not order them back to work. They have not yet released reasons for that decision.

“My members will not cross the picket line,” Woods said.

Hounsell said the precedent set is worrying for Seaspan, who plan to appeal and challenge the regulators’ decisions.

“We’re disappointed that in spite of acknowledging that it is an illegal strike that there was no effort to use the mechanisms available to the board under the code to get those people back to work,” Hounsell said.

In court filings, the company has expressed fears the strike could permanently damage the reputation of the business and push shipyard workers on the picket line to quit their jobs in search of other work.

The company also said the picketing would “significantly impact Vancouver Shipyards’ ability to meet its contractual obligations to its customers,” which include billion-dollar projects for the Royal Canadian Navy and the Canadian Coast Guard.

“It’s a competitive labour market as it is,” Hounsell said. “If we have people who can’t work and find work elsewhere, we’re not sure how many of them are going to come back.”

Hounsell said the company still hopes to reach a negotiated deal to replace the workers’ last collective agreement, which expired in 2019.

But it is considering other options, she said, including selling the tugboat arm of the company.

“Now that’s an extreme way out, but it’s something that’s definitely on the table,” she said.

The heart of the dispute is still the negotiations between the guild and Seaspan, which have been shrouded in mystery until The Tyee reported key aspects of the talks this week.

The Tyee has now obtained internal correspondence that lays out the two sides’ positions in much greater detail.

McIver told guild members that the company had proposed a seven-year contract spanning from 2019 — when the last deal expired — until 2025 with wage increases between two and three per cent in each year. They also promised a ratification bonus of $2,000. Workers covered by the current agreement are paid between $93,200 and $119,400 a year.

McIver wrote that the company’s tugboat and barge business — the largest on Canada’s West Coast — was facing growing competition from smaller companies.

“The parties must carefully consider the industry in which they work and the economic conditions they confront,” McIver said in the email.

The union has not responded to requests for comment from media outlets. A memo distributed to members on the picket line instructs them to not speak to media.

But the Tyee has obtained internal memos prepared by the union’s business agent, Trevor Lang, which lay out the union’s position and sticking points at the bargaining table.

In a Sept. 28 memo to members, Lang said Seaspan has also proposed removing engineers from some tugboat crews. Seaspan notes that’s legal, but the union believes it could threaten jobs and worker safety.

The two parties are also at odds about a proposed “pager system” that would change how tugboat shifts are scheduled. Lang, in his memo, said under the system the company could require employees to work long, difficult shifts at the employer’s direction without adequate time for breaks.

“The Guild cannot entertain this proposal from the employer, at a time when the Employer is engaged in LNG, oil, chemical and tanker escorts in B.C. Waters,” Lang wrote.

The employer, in its own memo to members, said the pager system would mostly be used in new contracts with customers and that it was fully compliant with labour standards and laws.

“Despite repeated invitations, the CMSG’s bargaining committee never engaged in constructive discussions on the pager system or a similar arrangement that would have provided operational flexibility to win new business while fairly compensating crew members,” McIver wrote on Sept. 8.

Hounsell said the company has since made what it calls “significant improvement” to their previous final offer. The two parties sat down with federal mediators last week but were unable to reach an agreement.

The pain is felt on both sides. The company, Hounsell said, is unable to proceed on major projects at the shipyard and worries about broader impacts in the port, the busiest in Canada.

“We’re starting to see and hear some of the impacts that are happening around the port,” Hounsell said.

Unions have given no sign they will stop respecting the picket line, but more than 1,000 workers have now gone at least four weeks without guaranteed pay.

Hounsell said the company’s strong preference is still to reach a deal at the table.

“Seaspan is working towards a negotiated agreement. That’s what our preference would be. We think it ends up in the best deal for everyone,” Hounsell said.