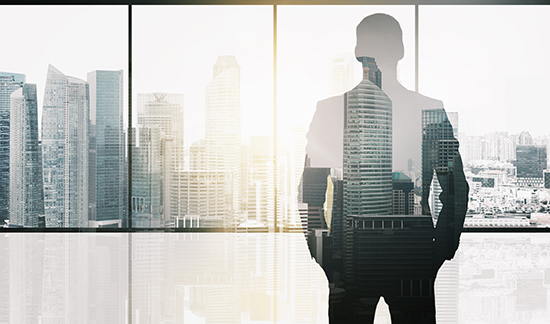 More than 82 per cent of the average pay came through bonuses including cash or stock options, according to a new report. (Syda Productions/Adobe Stock)

OTTAWA — Canada’s 100 highest-paid CEOs had their second-best year ever in 2020, even as the COVID-19 pandemic left this country in the worst economic downturn since the Great Depression.

“Despite the pandemic being a pretty bad year for most Canadians, particularly on the unemployment front, it wasn’t really that bad for Canada’s richest CEOs,” said David Macdonald, a senior economist at the Canadian Centre for Policy Alternatives.

Macdonald authored a report released Tuesday examining how much the top 100 best-paid CEOs of publicly traded companies earned in 2020. The report said that by noon on Tuesday, the average CEO of these companies would have already earned what the average Canadian worker will make all year.

In 2020, as many Canadians had hours cut or lost their jobs completely during repeated lockdowns and forced closures, those highest-paid CEOs earned an average of $10.9 million.

Macdonald said that CEOs receiving the second-highest pay on record is “quite an achievement” given the pandemic was damaging to many of the companies they were running.

More than 82 per cent of the average pay came through bonuses including cash or stock options, which Macdonald said companies creatively calculated to ensure poor performance during the pandemic didn’t affect CEO pay.

Macdonald said CEOs often justify their bonuses with claims they are compensation for being exceptional at their jobs, but he said half the CEOs who got bonuses in 2020 worked at companies which received government aid like the Canada Emergency Wage Subsidy or only received the bonus because of an adjustment to the bonus formula.

“I think it really illustrates the bankruptcy of the idea that this is somehow based on merit,” he said.

The top-paid CEOs made 191 times more than the average worker in 2020, which was down from 202 times as much in 2019, and the lowest gap between CEOs and average workers in six years.

But that’s not, Macdonald said, because average workers got a raise. Instead, so many of the lowest paid workers were laid off for part of the year that their wages were missing entirely as the average numbers were calculated.

The report makes several recommendations for tackling excessive executive pay through a review of tax systems, including how capital gains and stock options are treated.

Macdonald also recommends the federal government create a wealth tax for the richest Canadians, as the wide gap between the average income of Canadians and the highest-paid CEOs is set to broaden further over time.

“When we’re thinking about how should we structure taxation, so that it’s based on what people can pay, a wealth tax then makes a lot more sense,” he said.

NDP Leader Jagmeet Singh campaigned last fall on a promise to create a wealth tax of one per cent on anyone with a net worth of more than $10 million, and impose a 35 per cent tax on income over $210,000.

In their first year in office, the Liberals raised the tax rate from 29 per cent to 33 per cent for people earning more than $200,000. Because of inflation, the top tax bracket now starts at $216,511.

Finance Minister Chrystia Freeland has now been tasked with establishing a minimum 15 per cent tax rule for top-bracket earners, which would include an attempt to prevent the wealthiest Canadians from reducing their tax burden through various tax planning loopholes.

She was also told in her mandate letter to fund the Canada Revenue Agency to combat tax avoidance, and raise corporate income tax for banks and insurance companies that make more than $1 billion.

Adrienne Vaupshas, a spokesperson for Freeland, said in a statement Tuesday that the government has been “consistently focused” on addressing income inequality in Canada by putting in place higher personal income taxes for the wealthiest Canadians, a tax on multinational digital giants, and limiting stock option deductions in the largest companies.

NDP finance critic Daniel Blaikie said in a statement that the Liberals have let everyday Canadians down because they have not made the ultrarich pay their fair share, such as by closing tax loopholes and tax havens.

The Tories did not immediately respond to a request for comment.