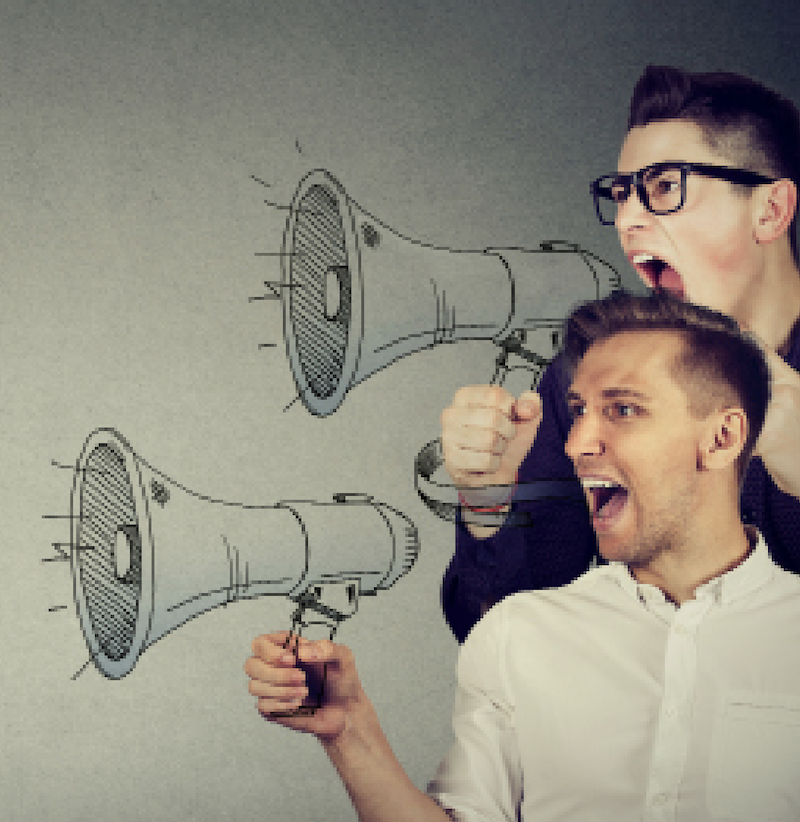 When leaders punish employees who dare to speak up with concerns or ideas, such as by publicly reprimanding them, voice dwindles quickly. (Adobe Stock)

The polarization of political discourse and rising popularity of social media platforms have spurred a new trend within workplaces.

Employee activism is the latest issue employers are grappling with following worker walkouts across the world in protest of social issues including sexual harassment, ammunition sales and climate change.

The issue is of greater significance to large organizations with brand influence, says Greg Power, president and CEO of Weber Shandwick Canada, a global public relations company in Toronto.

“Big organizations will be the ones that get the attention, but I think it’s an issue for everybody,” he says.

Small businesses could grapple with this issue as well, missing out on star talent as a result of a values mismatch, says Power.

“Your challenge — regardless of the size of your business — is to recruit and retain the best and the most highly motivated people within your organization.”

From a legal perspective, employers “own” employees’ time in the workplace — including an expectation that staff act in the best interest of the company in their off time as well, according to Lior Samfiru, partner and employment lawyer at Samfiru Tumarkin LLP in Toronto. “But I would not recommend an employer enforce those policies in the face of social activism,” he says. “Because by doing so, you open the door to many other issues.”

While human resources policy should continue to set out employee expectation and social media policy, enforcing anti-activism policy could result in a blow to recruitment and retention efforts, says Samfiru.

“The practical reality is that you have to turn a blind eye to certain rights that you would otherwise have, and forgo those rights by allowing your employees to be active — because it’s the expectation.”

More than one-third (38 per cent) of American workers have spoken up in support or criticism of their employer’s actions, according to a 2019 Weber Shandwick survey of 1,000 employees in organizations with 500 or more staff.

It’s a growing phenomenon — largely due to the influx of millennials into the workplace, says Power.

“Employees have always cared about the values of the organization they work for, the people that they work with and work for,” he says. “What’s changed is their ability to express that has accelerated a great deal over the past decade through social media and recognition that their voices not only matter, but their voices can be combined together and have a great impact on a particular issue.”

Millennials are the greatest source of change, and they also represent the future of the workforce, says Power.

“The expectation should be that employees will be more activist, not less. And so, it’s important for you to understand it and address it within your organization.”

“Companies are finding that it’s not possible for them to ignore the greater good that employees may be looking after, irrespective of that what that means for the bottom line for the company,” he says.

“It is a real balancing act for employers now and I think more and more companies are finding themselves unprepared to address that.”

Senior leadership’s response to activism should be multi-faceted, according to Brian Kreissl, HR product development manager with Thomson Reuters in Toronto.
External commentary by workers that crosses lines of confidentiality or respect should continue to be discouraged, he says.

It is equally important to foster a company culture of openness and transparency, he says.

“People are going to have differences of opinion and… we want to be able to discuss some of these issues transparently.”

Company policy condemning all forms of activism will only lead to employee resentment, says Kreissl.

“That’s when you’re going to get attacked.”

Employers would do well to consider a reactive response to these types of situations, says Samfiru.

“A smart employer will be prepared to address these issues when they come up.”

Implementing policy proactively may do more harm than good on the recruitment side of the business, he says.

“Any business is only as good as its people,” says Samfiru. “So, you have to be socially responsible (and) be mindful that your employees have views on social responsibilities, or you’re not going to have good people.”

When facing negative headlines of this type, employers must understand that their primary audience remains their own staff, according to Power.

“They’re the people who need to believe and support and enact your mission and your purpose, and you need them onside,” he says. “Employees have always been the most important audience. I think what’s changed is their ability to make their voices heard, and to express themselves immediately on what they care about.”

The best tactic for a senior executive is to display emotional leadership, based on values, stories and anecdotes that can be understood and remembered, says Power.

“There’s an opportunity for leaders to bring their employees along on the journey, be vulnerable about what they do well and what they struggle with, and share the stories of how they’re trying to make change — rather than publicize policies.”

“You’re as effective as people want to follow you,” he says. “It’s more important to pull people towards a vision than try to push them towards goals.”

Leaders need to ensure they are on the right side of their employees’ passion for social change and embetterment, says Power.

“The job of a leader is to understand what their employees are thinking about and caring about, and ensuring that their organization is aligned… and that they stand for those values,” he says. “That includes standing for them and explaining them when they’re not necessarily the most popular.”

More than half of employee activists (54 per cent) want to influence their employer’s policies and actions, according to the Weber Shandwick research.

Employees want their CEO to speak out on social issues in an authentic way, says Power.

“I think it’s critical for a leader and for an organization to define what they stand for. Choose something that you and your organization can realistically stand for and stand behind. And if you can, link it to your business strategy.”

An ideal definition would be right for the organization, staff, society and business model, he says.

In addition, large employers must be aware of the effect that their business operations and transactions have on their workforce and brand, says Samfiru.

“Employees in the past were just expected to do the work and the company decides where the work comes from, and how the work should be done,” he says. “That’s no longer the case.”

“If you want to have good employees, if you want to have happy employees who are dedicated and committed and with you long-term, you have to be mindful of those things. And that may mean forgoing opportunities that would be otherwise good for the business.”

That type of evaluation needs to pre-empt decisions, and employers may need to steer clear of controversial issues, says Samfiru.

In an age of political polarization, companies need to both abide by their stated values and genuinely commit to corporate social responsibility (CSR), says Kreissl.

“We’ve become almost segregated from people who have different views and different opinions,” he says. “It gets to the point where people live in these echo chambers.”

“We need to make more of an effort to actually reach out to people who have opinions, thoughts, beliefs that are different from our own. And I think companies can try to help foster some of that too, by encouraging respectful conversations.”

Related
‘We are mourning and I am livid’: Maple Leaf Foods CEO takes strong Iran stand
Mixing alcohol, employees can be a costly cocktail for employers
Winners of 2020 Canada’s Top 100 Employers announced
4 things employers can do as coronavirus spreads
Tags