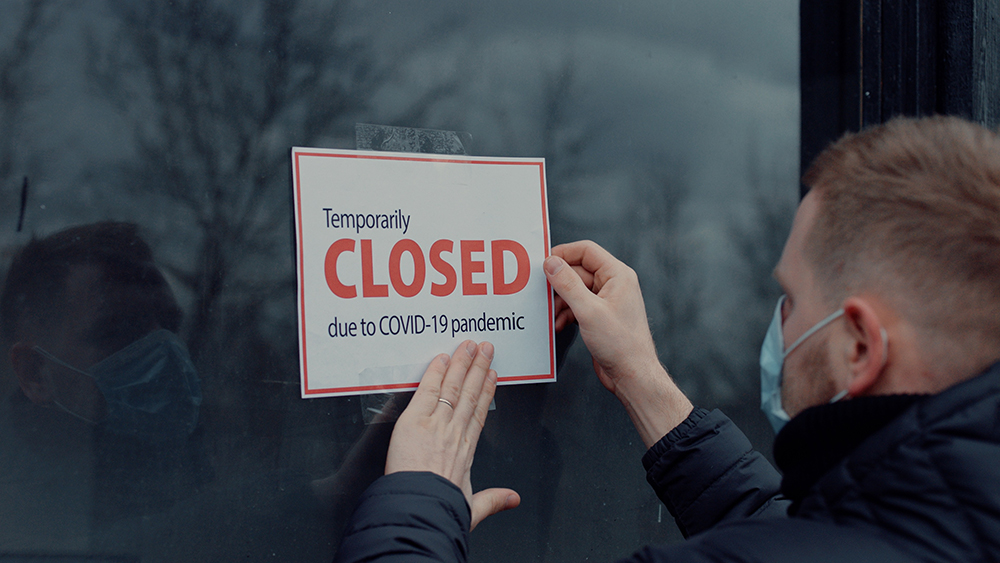 Riddled by Omicron’s rapid spread, the Canadian economy lost 200,100 jobs in January amid stricter public health rules put in place to slow the COVID-19 variant, but most signs point to a quick recovery.

The decrease marked the largest drop in a year — the economy shed 207,800 jobs in January 2021 — and the first falter in a run of job gains since May, Statistics Canada said Friday.

The job losses also pushed the unemployment rate to 6.5 per cent last month compared with 6.0 per cent in December, rising for the first time since April due “entirely” to those temporarily laid off or scheduled to start a job soon — the number of Canadians looking for work hardly budged — the agency added.

As Omicron propagated across the country, governments reimposed capacity limits and closures on workplaces such as restaurants, retail outlets, gyms and theatres. The vast majority of job cuts were in Ontario and Quebec, where some of the strictest measures of any province came down.

Food services and hotels were among the hardest hit, suffering their biggest monthly drop since the first wave. The plunge, which accounted for 57 per cent of the total decline, impacted young people and women the most, Statistics Canada said.

Culture and recreation — performing arts, cinemas and sports venues — made up nearly another quarter of the decrease, with some 48,000 job losses erasing gains made since August, almost entirely in Ontario. Retail employment also dipped significantly.

A record share of employees also missed work due to illness in January, with one in 10 away from their post. The number of employees who worked less than half their usual hours climbed by 620,000 or two-thirds, the largest increase since March 2020.

“That’s going to be reflected in the January GDP numbers,” Jean added.

But the absence stats may be cause for optimism, economists said.

“Even though the rise in unemployment was steeper than the consensus forecast, there was also evidence that firms tried to keep staff on the payroll during the Omicron wave due to expectations that the lockdown measures would be short-lived, and also due to difficulties recruiting staff in prior reopening phases,” said CIBC senior economist Andrew Grantham.

Royce Mendes, managing director of economics at Desjardins, said that with Omicron cases likely past their peak and the tightest pandemic measures lifted, “that’s the beginnings of a recipe for another swift post-COVID-wave rebound” despite the January “carnage.”

Those ingredients also mean central bankers are “still on track” to hike rates in March as they seek to head off further inflation, he added.

The Bank of Canada kept its key interest rate target on hold last month at 0.25 per cent, but signalled it was preparing to begin raising its key rate in an effort to bring inflation under control and back to its target of two per cent.

The annual inflation rate rose to 4.8 per cent in December, its hottest pace since September 1991, and Bank of Canada governor Tiff Macklem has said the rate could stay “uncomfortably high” around five per cent over the first half of 2022.

The central bank’s next scheduled interest rate decision is set for March 2.

Recent history may prove a guide for job numbers in the coming months.

“The Canadian labour market showed impressive ability to rebound after previous waves last year, and some of the prevailing conditions that helped the recovery, like elevated employer hiring appetite, remain,” Brendon Bernard, a senior economist at job-posting site Indeed, said in an email.

Total hours worked in the economy fell back below their pre-pandemic level last month, plunging by 2.2 per cent — the largest drop since April.

Average hourly wages grew a “tepid” 2.4 per cent year over year, Mendes noted, despite a worker shortage across sectors ranging from information technology to trucking.

More than 40 per cent of employees worked mostly from home in January, which is above the one in four who’ve done so in the last few months, Statistics Canada said.