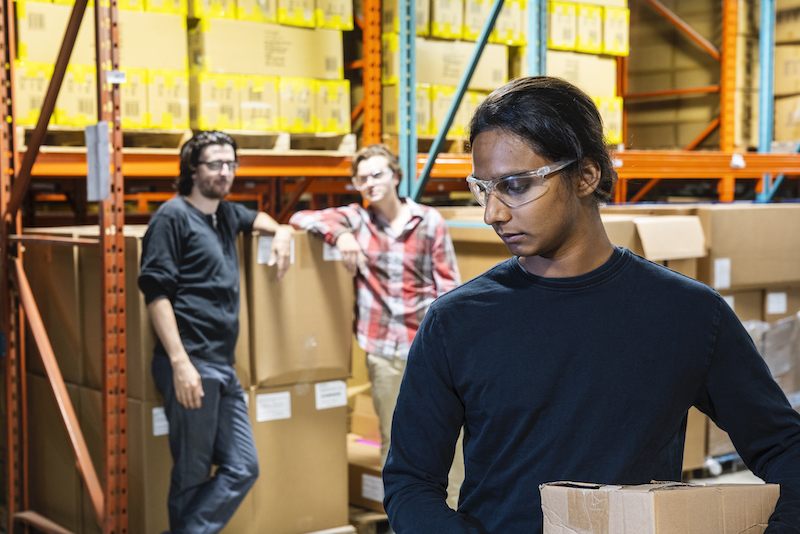 Each generation of employee has a unique contribution to make to his company, but only an “engaged” employee will help to move that company forward, an industry expert in training, recruiting and people development told a gathering of golf course superintendents in December.

Bradley Jenkins, franchise owner of the Express Employment Professionals agency in Cambridge, Ont., said the workforce  is made up of baby boomers, Generation X, Y and Z individuals, and even the odd traditionalist. But such a diverse labour group can be further subdivided into three categories: the engaged, the disengaged and the actively disengaged.

“Engaged employees are builders,” Jenkins told superintendents attending the 31st annual Ontario Seed Company/Nutrite professional turfgrass seminar in Waterloo, Ont. “They use their talents to develop productive relationships and multiply their effectiveness through those relationships. They perform at consistently high levels. They drive innovation and they want to move the organization forward.”

Disengaged workers are in the majority

The reality, however, is that disengaged employees account for 52 per cent of the workforce in North America, he said. They show up to work on time, but are also good at killing time. They do the minimum work required without any real extra effort and tend not to go out of their way.

“They’re perhaps thinking about lunch or their next break. They look to get the job done with little or no support.”

An actively disengaged employee tends to be against everything a company tries to accomplish, Jenkins said, adding he acts out his unhappiness at work and attempts to tear down the efforts of engaged employees.

“They believe they’re doing what needs to be done and everyone else is wrong.”

Employee engagement is the emotional commitment the employee has to the organization and its goals, he said, adding employees need to understand those goals “if you’re to even have a chance of engaging them.”

Jenkins said an emotional commitment means engaged employees care about their work and their company.

“They don’t just work for a paycheque. They work on behalf of the organization’s goals. When employees care, they’re engaged. They use discretionary effort.”

Among the attributes of an engaged employee are a high level of performance, the drive to innovate and a want for efficiency. Engaged employees are also passionate about their work and want to be connected to it. When change occurs, they want to know what’s behind that change and how they can connect to it. They create more work for themselves within their areas of talent.

When negativity exists in a workplace, it is like a blood clot, Jenkins said, suggesting actively disengaged employees sometimes will “clot” together in a group.

“They will whine together and fuel the fires and will support and reinforce their own beliefs.”

Actively disengaged employees are also apt to close themselves off from anyone who will challenge them to become part of the solution. They outnumber engaged employees by a two-to-one ratio and account for billions of dollars in lost productivity each year in North America.

Signs of disengagement include unresolved work conflict, high absenteeism, workplace grievances, participation in gossip and rumours, and a high number of on-the-job accidents.

Engaged employees, on the other hand, realize 50 per cent fewer accidents because they are paying greater attention to their work. They perform at an above average level, are organized and endorse both the organization and its leadership. Because he’s happier and loyal, an engaged employee will spearhead higher service and greater customer satisfaction, Jenkins said.

An engaged employee averages 2.6 sick days a year while one who is disengaged will miss an average of six days annually due to sickness.

“If you have 10 employees who are disengaged, that’s 40 days of extra sick time.”

Jenkins added that companies with a greater number of engaged employees experience 15 per cent less turnover than others.

“If they do that, they will go to extraordinary lengths for you. They’ll help your organization grow. They’ll be motivated and then they’ll become engaged employees.”

Jenkins said people tend to complain about the next generation, but they’re the ones who reared that younger generation. Those from Generation Z are now in the workplace and employers have the opportunity to get them engaged.

“Set high expectations for your employees’ performance and communicate those expectations in an affirming way. It’s called the Pygmalion effect. ‘I have complete confidence that you can do this.’ The employee is likely to perform to your expectations.”

The opposite of the Pygmalion effect is the Golem effect for which the disengaged manager who expects less of his people outright figures they might fail and that the team will work at a level to those lower expectations. A manager’s expectations often directly stem from his level of engagement. An engaged manager with a positive view of what his team can accomplish is able to better communicate with his team in an empowering, encouraging way, Jenkins said.

A disengaged manager, by contrast, who is dissatisfied with his own organization and is indifferent about his own job may infect his team with negativity and the belief that their work doesn’t matter.

“The people who work for you have to matter. If they don’t feel like they matter, they won’t matter. But it starts with ‘why’ and it starts with you as a leader.”

Jenkins suggested golf superintendents, or other industry managers, learn more about their employees’ lives outside of work, including their personal goals.

“This kind of information is key to knowing when your team’s members might need a little bit more encouragement.”

Know the motivations and stresses of each team member, he added. Once this information is learned, a superintendent or manager can better predict an employee’s behaviour under certain circumstances and possibly improve the outcome.

Mike Jiggens is the editor of Turf and Rec magazine, a sister publication to Talent Canada. For more information, visit www.turfandrec.com.

Related
Builders and dreamers: How young women are bridging the STEM skills gap
MEC invests in staff, perks as it moves ‘faster than ever’ to remain viable: CEO
Employees want genuine corporate social responsibility, not greenwashing
Retailers ignore people at their own peril