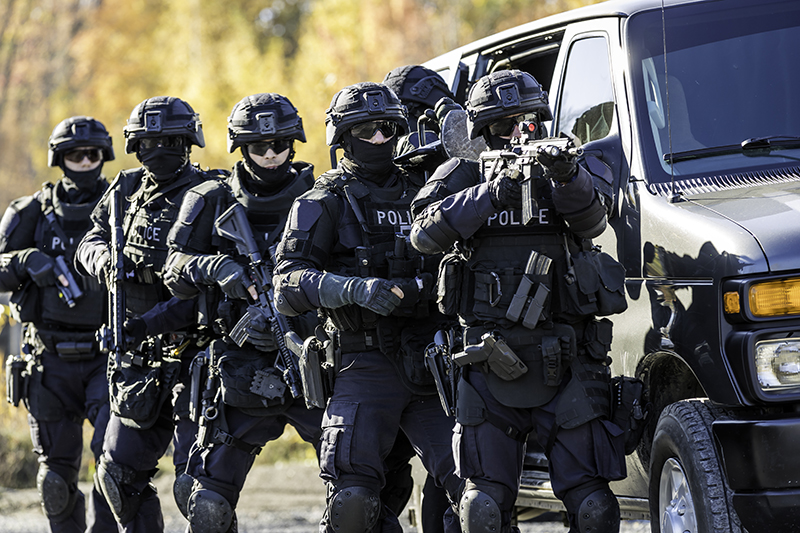 CLAYTON, Mo. (AP) – It is possible to change the police culture in St. Louis County, which was on the losing end of a $20 million jury award (all figures U.S.) to a gay officer who claimed he had been discriminated against, but experts say changing such “hypermasculine” environments requires a commitment from those at the top.

Missouri’s largest county is dealing with the fallout from last month’s award to Sgt. Keith Wildhaber, who says he was passed over for promotion 23 times and was told to “tone down” his “gayness.” Such claims aren’t unique: A USA Today investigation in February found that gay officers had filed at least 11 discrimination lawsuits since 2016, including many who claimed they were subjected to harassment because of their sexual orientation.

Greg Miraglia, president of Out to Protect, a California non-profit that supports LGBTQ officers, called homophobia “pervasive through law enforcement.”

“Historically it’s been a workforce that’s dominated by straight white males,” Miraglia said. “It’s a hypermasculine environment. It’s a paramilitary environment, and it’s a fairly conservative profession overall. All of those things fuel the stereotypes that people have about sexual orientation.”

But Gregory Nevins of Lambda Legal, a New York-based LGBTQ advocacy group, said it is unfair to law enforcement agencies to “cast them with a broad brush.”

James Gonzales, 41, an 18-year veteran of the San Jose, California, Police Department, said he’s seen a significant change in his department since Edgardo Garcia took over as chief three years ago. Today, he said, the department is more accepting, both inside and outside its ranks.

“It’s really about leadership,” said Gonzales, who is the department’s LGBTQ liaison.

In fact, St. Louis County attorneys argued in a court filing on Tuesday that the Wildhaber verdict should be amended or a new trial should be ordered because of the state law doesn’t protect gay people from discrimination. In the meantime, attorneys for both sides have agreed to mediation in hopes of reaching a settlement that would avoid a lengthy appeals process.

Wildhaber’s case has prompted deep soul-searching in St. Louis County. Police Chief Jon Belmar said he won’t resign and wants to be part of the solution. County Executive Sam Page, a Democrat, said Belmar deserves a chance to turn things around. However, since the verdict, Page has remade the county’s Board of Police Commissioners, naming replacements to four of the five posts.

The board’s new chairman, former state Supreme Court Chief Justice William Ray Price, said Belmar “has done a tremendous job for the people of this county” in many ways. But Price was noncommittal on the long-term future of Belmar, who has led the 1,000-officer police department since 2014, calling questions about leadership change “premature.”

Some departments have gone even further.

San Jose has an advisory committee made up of police representatives and advocacy groups, Gonzales said. The department actively seeks recruits from within the gay community, even creating three recruitment ads showing officers preparing for work and saying goodbye to their spouses. One features a heterosexual couple, one a lesbian couple, and one a gay male couple _ Gonzales and his husband. Each ad ends with Garcia saying the department is hiring, “And I want your family to be part of our police family.”

In Memphis, Tennessee, 40-year-old Davin Clemons, a 17-year officer and one-time SWAT team member, sued the department in 2016. The lawsuit was settled. Terms were not disclosed.

Clemons, who is the department’s LGBTQ liaison, said he’s seen significant changes. He said the department has begun training on inclusivity and respectful workplace policies, and it now recruits at gay pride job fairs. He believes Memphis officers today are respected and valued, regardless of their sexual orientation.

“If you can ensure those things, you’ll have employees giving 110 per cent every day,” Clemons said. “If not, how am I going to protect citizens if I’m not protected in my own job?”

Inclusivity training for St. Louis County police is in its infancy. The county recently offered voluntary sessions, though the several dozen officers who participated “were pretty much the ones who didn’t need to be there,” said Hazel Erby, the county’s director of diversity, equity and inclusion. “All of us have biases, but we really want to reach the ones who have strong biases.”

Erby agrees with Belmar that mandatory training should be a priority.

“We concede we need it,” she said.