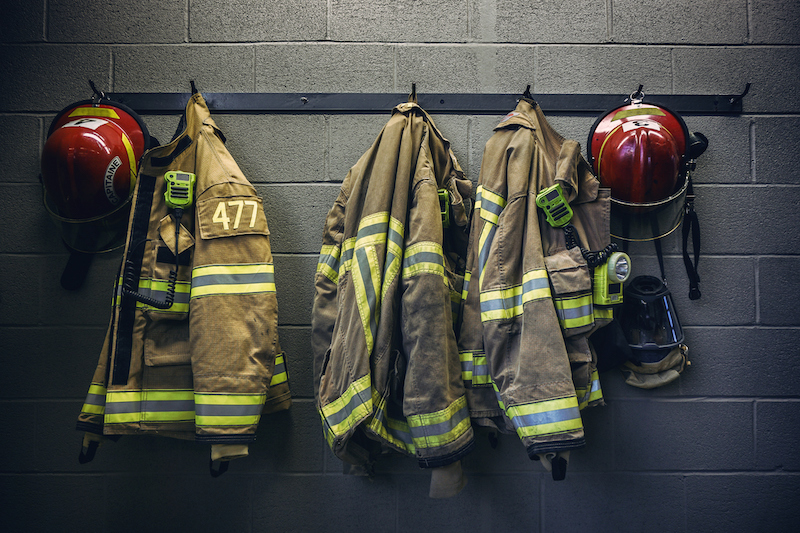 A former Alberta fire chief hailed by many as a hero for his role in battling the destructive Fort McMurray wildfire in 2016 has been accused of sexually harassing a female subordinate during previous jobs he had.

The allegations against Darby Allen when he worked in Calgary’s fire department date back to about 2002 and have not been proven in court.

The woman filed a statement of claim in Alberta Court of Queen’s Bench in 2018 that alleges Allen made sexually charged comments, groped her and became hostile when she made plans with other men. It also alleges Allen poked her in the back with his erect penis in her cubicle.

“Allen subjected the plaintiff to near daily sexual harassment, assaults and battery,” says the claim, first reported by CBC News on Thursday.

“Allen abused his power and authority over the plaintiff to threaten her employment, as well as her personal autonomy and safety, to further his sexual harassment and battery.”

The claim also alleges the City of Calgary knew that Allen, who was decades older than the plaintiff, was abusing his power.

“At all material times, the city allowed Allen unfettered authority and power in his positions of power over the plaintiff.”

The document says a city investigation ultimately led to Allen being fired.

Allen, who is originally from the United Kingdom, became the face of the fight against the Fort McMurray fire, which he famously nicknamed “the beast.”

When he and other Fort McMurray first responders marched in the Calgary Stampede parade two months after the disaster, Allen’s history in Calgary was not widely known. He said at the time it was “like coming home again.”

In a statement of defence filed last May, Allen denied the harassment allegations and said the matter was settled when the woman accepted compensation from the city.

It also said the plaintiff signed a release which “acknowledged that she released all employees of the City of Calgary, and by implication, Allen.”

The woman told the CBC that she did not sign such a document or receive any compensation.

Court has no authority: City

The city says in its statement of defence that the court has no authority to hear the claim and asks that the suit be dismissed with costs. It filed a separate application last February saying the matter should be settled through arbitration and asked the court to strike the statement of claim.

Allen’s lawyer said his client would not comment while the matter is before the courts. The women’s lawyer did not respond to a request for comment.

The City of Calgary said in a statement that significant efforts have been made in its fire department over the past few years to further build a respectful workplace.

“This work will continue to be a constant focus to ensure all employees feel physically and psychologically safe when at work. Harassment and abuse will not be tolerated,” it said.

Allen left his job as Fort McMurray fire chief in early 2017. He told The Canadian Press at the time that he and his wife were looking to relocate somewhere more temperate due to her health.

His LinkedIn page says he now lives in Vancouver and does public speaking.

Related
McDonald’s U.S. fires CEO after consensual relationship with employee
Will #MeToo spell end of confidentiality clauses in sexual misconduct cases?
Survivor votes out sexual harassment in a laudable, yet problematic, way
Is your corporate strategy ready for #metoo?