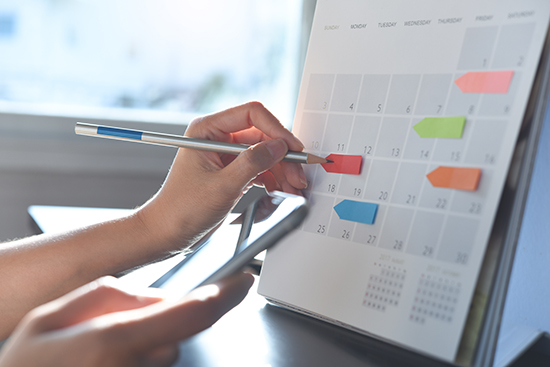 A survey by recruitment firm Robert Half found 91 per cent of senior managers polled said they would support a four-day work week for their team.

Most managers also anticipate their company will transition to a shorter working week within the next five years.

Among workers polled, nearly three-quarters said they would put in four 10-hour days in exchange for an extra day off a week.

Offering workers the option of a four-day work week could support employee retention, productivity and wellbeing, the research found.

“Giving people the autonomy to create their own schedule demonstrates a level of trust and that has shown to really boost morale and productivity,” said Mike Shekhtman, senior regional director with Robert Half.

While shift workers such as nurses and police officers have long worked condensed weeks, the COVID-19 pandemic shook up workplace culture and the ubiquity of working a 9-5 day, five days a week in an office.

“It shifted the work paradigm and the way we think and operate,” Shekhtman said. “We’re at a pivot point where people are trying to reimagine with a blank canvas what the best model would look like to support the work and expectations of a position but also align with what people are looking for.”

The 9-to-5 work day, and later the five-day work week, was widely adopted during the Industrial Revolution.

“We moved from the industrial era to the information era and we never changed,” she said. “But the pandemic has forced us to reconsider our work schedule expectations.”

Not a one-size-fits-all solution

While a four-day work week might be the right fit for some people and organizations, Aujla said it’s not a one-size fits all solution.

“I don’t believe in global solutions. I personally really believe that flexibility is the key,” she said. “The solution is to think creatively and say, ‘Let’s meet people where they are at,’ as opposed to imposing a blanket solution on everybody.”

A four-day work week can mean two different things: a compressed week or a reduced week.

In a compressed model, employees generally work ten hours per day for four days per week.

“A lot of people are working those longer hours anyway. They put their kids to bed and then they get back on the computer,” she said.

“Lots of professionals are working too many hours and that’s what’s burning them out.”

Reducing a work week to four days, even if each day were officially 10 hours rather than eight, would help the physical health and mental wellbeing of many workers, McVanel said.

Unplugging would be easy: Workers

The Robert Half survey found 78 per cent of workers polled said they would have no problem unplugging on their extra day off.

Meanwhile, in a reduced week, both the total number of workdays and the total work hours are reduced, such as eight-hours a day and four days a week.

It’s launched a pilot in the United Kingdom involving more than 70 organizations. A survey conducted at the half-way point of the experiment found 88 per cent of participating organizations reported the four-day work week worked well for their enterprise, according to a report by the International Labour Organization.