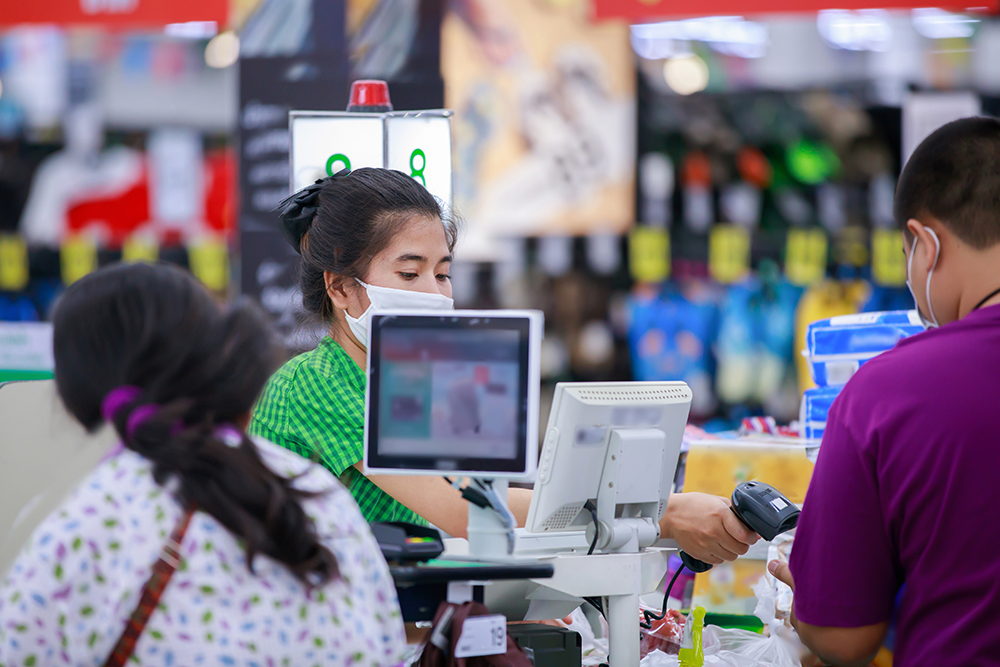 “The inflationary picture is accelerating and that’s having an impact on consumers,” Metro president and CEO Eric La Flèche told analysts during a call to discuss the company’s second-quarter results.

“There’s a search for value and a shift to discount happening.”

Sales at the Montreal-based retailer’s discount grocery chains, Super C in Quebec and Food Basics in Ontario, are growing faster than at its conventional stores, such as Metro and Metro Plus, he said.

“Private label is doing really well because it’s great value and a lower price point in general,” he said.

Customers are also choosing cheaper cuts of meat and stocking up on sale items.

“Whenever ground beef is on sale the volumes are very, very high,” La Flèche said.

Food basket inflation in the quarter ended March 12 neared five per cent, up from 3.5 per cent in the previous quarter, the company said.

Looking ahead, grocery prices may continue to climb as Metro braces for additional cost increases from vendors.

“We’re seeing or hearing from our suppliers … (they) have experienced cost increases over the last several months and we’re hearing noises that there will be more coming,” La Flèche said.

Meanwhile, easing government restrictions have encouraged an increase in store traffic and a decrease in the average basket size, as consumers shop more frequently but buy less with each visit.

Still, online food sales increased by six per cent in the company’s second quarter compared with a year ago, after rising 240 per cent in 2021.

The company, which has about 650 drugstores primarily under the Jean Coutu, Brunet, Metro Pharmacy and Drug Basics banners, said its pharmacy sales were buoyed by a 7.7 per cent increase in prescription drugs as well as COVID-related activities such as the distribution of rapid tests.

Metro’s drugstores also recorded a 13.3 per cent increase in front-store sales compared with the same quarter a year ago, which was affected by a six-week ban of the sale of non-essential products.

In its outlook, Metro said it continues to face higher than normal inflationary pressures and labour shortages which, if prolonged, could put pressure on margins.

“The absenteeism caused by COVID is under control,” La Flèche said. “But there is a structural shortage of labour that we are managing with and trying to improve.”

Metro has introduced recruiting and retention programs and salary increases to improve its worker shortage, he said.

The retailer has also turned to technology to alleviate the labour crunch, rolling out self-checkouts, electronic shelf labels and the automation of its warehouses.

Metro said its third-quarter results will be affected by the labour conflict at its distribution centre in Toronto, which started in early April and was resolved a week later.

“Being short of product is not good so clearly we lost some sales during a big week, which was the Easter week,” La Flèche said.

The company said it has estimated that the direct costs of the strike and the new labour agreement will have a $10 million pre-tax impact on its current quarter.