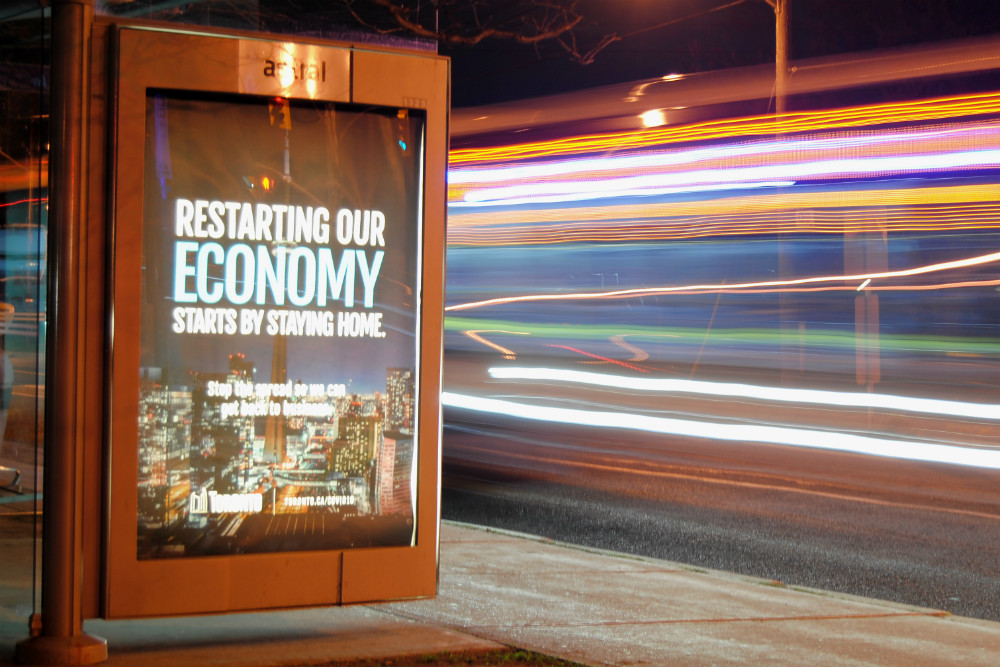 The shutdown of non-essential services to control the spread of COVID-19 has had severe economic consequences in Canada, including the loss of nearly two million jobs in April.

As economists, we are analyzing the effects of COVID-19 on Canadian labour markets in an ongoing research paper by asking the following questions:

Understanding which workers are most affected by the coronavirus economic shutdown will help guide policy and Canada’s economic recovery.

COVID-19 has had a severe impact on Canadians in terms of unemployment rates, hours worked and labour force participation _ the proportion of the adult population currently employed or seeking employment.

Job losses have been staggering. The unemployment rate more than doubled to nearly 14 per cent between February and April.

One concern is that COVID-19 might increase existing inequalities in the Canadian labour market. For example, if minimum wage earners lost their jobs, it could affect their ability to pay for rent or other essentials. Knowing which workers are more affected will help guide effective policy recommendations.

Our results suggest that the negative impacts of COVID-19 are more pronounced for workers who are younger, unmarried or less educated.

We also find evidence that workers in unions are less likely to be negatively affected. In sum, our results suggest that COVID-19 may be deepening already existing inequalities.

COVID-19 has negative labour market outcomes for both men and women, with no discernible differences between the two, suggesting that the shutdown has not increased gender inequalities. Our results also indicate that women without children have experienced slightly larger job losses, reductions in hours, wages and labour force participation than mothers.

We find that immigrants and non-immigrants similarly experienced a near doubling of the unemployment rate to just below 13 per cent, and a six percentage point decline in labour force participation to just below 58 per cent.

To gain further insight into why some workers have been affected by the economic impacts of COVID-19 more than others, we also looked at the characteristics of different jobs.

We built four indices that capture whether workers in a given occupation are regularly exposed to infectious diseases, work in proximity to others, are considered essential workers or are more likely to work remotely. We constructed the indices from various sources, including O-NET OnLine, which gathers information on occupational tasks and adapted them to the Canadian Labour Force Survey.

Our estimates suggest that the labour market impact of the pandemic was significantly more severe for workers more exposed to disease and people that work alongside others, such as nurses and front-line workers. These workers were more likely to have COVID-19 related work absences, work fewer hours or leave the labour force. Perhaps unsurprisingly, we also found the effects are significantly less severe for essential workers and people who can work remotely.

These results are important given the trade-off elected officials face when making decisions about reopening sections of the economy and preventing disease.

As policy-makers look to help displaced and affected workers, these findings highlight some of those most in need of assistance: the young, the unmarried and those with less education. Our results also suggest that governments should consider promoting policies that encourage businesses to let their employees work from home.

The federal and provincial governments have provided a variety of aid packages to individuals and organizations that should help alleviate financial burdens.

A key concern going forward is that this aid could create a disincentive to work, especially among low-income earners.

This could have the unintended consequences, increasing long-term income and wealth inequalities. All levels of governments should monitor this closely.

Louis-Philippe Beland is assistant professor of economics at Carleton University in Ottawa, Abel Brodeur is an associate professor at L’Universite d’Ottawa/University of Ottawa. Derek Mikola, is a PhD candidate, Department of Economics at Carleton University. Taylor Wright is a PhD Candidate in economics, L’Universite d’Ottawa/University of Ottawa. This article is republished from The Conversation under a Creative Commons license via the Canadian Press.