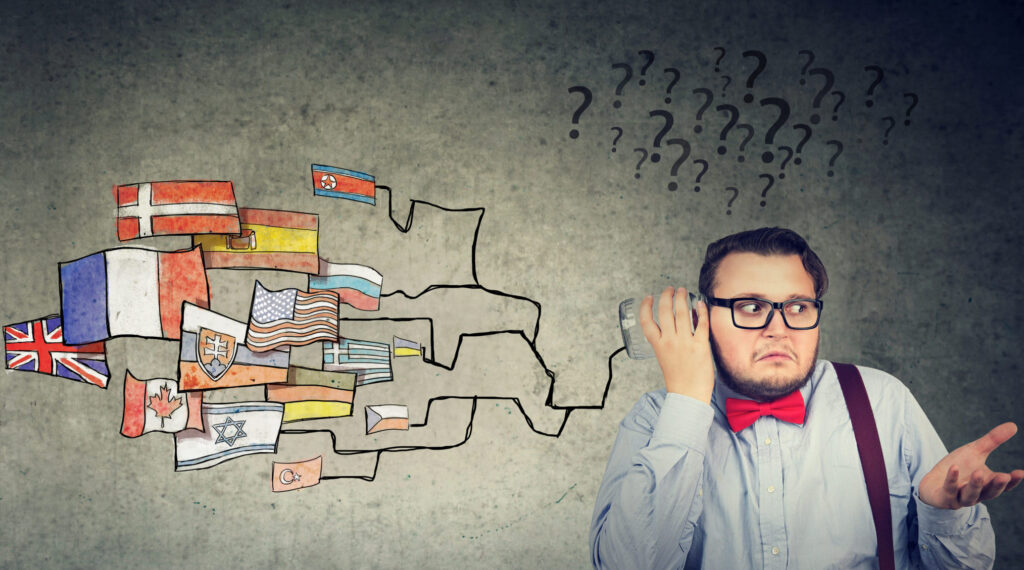 Canada is one of the world’s top immigration hubs, welcoming more than 400,000 people annually.

Following this large immigrant influx, human resource professionals are seeing more foreign-born candidates in their applicant pools than ever before. Despite often having the appropriate education, training, and varied experience, foreign-born candidates are commonly considered less valuable on the job market by virtue of speaking with an accent.

In spite of a focus on equity, diversity, and inclusion efforts generally, it is still unclear whether Canadian HR professionals are prepared to equitably consider second language speakers of English and French when making hiring and retention decisions.

This led researchers at the University of Calgary and Concordia University to join efforts to understand a particular type of bias that newcomers may face in professional settings, that is, accent bias — a form of linguistic bias in which inequitable treatment is based on a person’s accent.

What we know about accents and accent bias

Many decades of research have shown that people who begin learning a second language after early childhood speak with an accent that contains cues from their previously known language(s) and often reflects their place of origin.

Although accents may range from being relatively weak to quite strong, attempts to minimize the influence of one’s mother tongue(s) on second language pronunciation often require extensive time and practice. In addition, while such training can lead to more comprehensible second language speech, most second language speakers continue to speak with a noticeable accent.

Mounting evidence also suggests that speaking with an accent is a source of bias in workplace settings. Prior studies in Canada (the context of our work) suggest that newcomers may face systemic discrimination in employment due to disproportionate concerns with accent, such that they are less likely to be invited to job interviews and are perceived as more suitable for lower status jobs. The research community sees these inequitable practices based on accent as discriminatory because even those who speak with a relatively heavy accent can often be understood quite well.

As we sought to understand to what extent Canadian HR professionals are aware of and prepared to address accent bias in the workplace, we conducted interviews with 16 in-service HR professionals based in Alberta and Quebec — provinces differing in immigration diversity, status of English and French, and individual bilingualism.

The professionals answered questions about the role of accents in hiring and retention decisions, the importance of accent in the workplace, and their experiences with accent bias. The interviews were conducted over 2021 and 2022.

On average, the interviewed professionals had about eight years’ HR experience, and most started their careers as recruiters. Together, the professionals cover a wide range of fields, including aviation, banking, healthcare, higher education, hospitality, law, retail, technology, and transportation.

When asked about the impact that the way a candidate speaks has on hiring decisions, the HR professionals generally indicated that accents play little-to-no role in the hiring process, emphasizing that being able to communicate successfully is the primary concern: “as long as they can have a conversation with me, I don’t think [accent] impacts [my hiring decisions],” noted one professional from Alberta.

The responses of 10 other professionals tended to align with this sentiment.

These overtly positive answers aside, a second professional in Alberta suggested that “when it comes to accents or language levels, there is a bias, and it’s not black and white”, implying that the role played by a candidate’s speech in hiring and retention decisions may be nuanced.

For instance, accent seems to be of greater concern when the job position is customer-facing, in which case a high level of proficiency alone may not be enough (“I think that in other cases, like, say, a cashier, a heavy accent might disadvantage you compared to someone who just speaks like, you know, me, as an example… though their English may be very good”).

As noted by an HR professional in Quebec, the relative importance of how a candidate sounds also seems to depend on the category of the job they are being considered for, because “it could be more beneficial… if they work on their accent” when applying to “managerial positions… or positions where they really have to speak more often in meetings.”

Similarly, the difficulty understanding an employee due to their accent can impact their likelihood to continue on the job, where a “thick accent” may end up “[leading] them into a different career,” which was a real-life example provided by yet another HR professional based in Alberta.

While most comments highlighted the primacy of overall language proficiency and qualifications over accent per se, the HR professionals in both Alberta and Quebec indicated that “it’s a reflex to favor candidates that have better language skills” since “it’s that initial impression that matters.”

These comments suggest that HR professionals may react unintentionally to second language accents in response to the fact that “they are not accustomed to the way that words are pronounced [in] specific accents”, and that seeing past “initial impressions” can be a challenging task.

These insights resonate with findings of prior research demonstrating that relying on accent-related impressions may be harmful for foreign-born applicants, as listeners commonly associate second language accents with other attributes such as (diminished) competence, intelligence, and trustworthiness.

The interviewed HR professionals demonstrated that they already possess an awareness that being able to successfully communicate — rather than sounding like a native speaker — is a realistic professional attribute.

As researchers in the field of language education, we are interested in working with the HR community to understand the extent to which training modules might encourage greater awareness of accents, including what they do and do not tell us about a potential employee, as the interviewed specialists unanimously indicated that they did not receive such training.

We believe that HR professionals and companies could benefit from training aimed at:

When presented with the idea of training on accent bias for the HR community, the interviewed professionals seemed to recognize its potential, indicating that “it would be very beneficial to have something like that” considering that “language and accents is a bias that everybody has within them… so having a dedicated training… would be interesting because… language tends to be [an] essential issue in our society, and because we are such an immigrant-focused society”.

We agree with another professional in Alberta, who, when referring to accents, indicated that “people need to get over it.”

A training module on accent and linguistic bias has the potential to further the understanding that successful communication is not necessarily tied to how much a job candidate’s speech is influenced by their previously learned language(s).

This, in turn, could potentially expand the awareness that we all speak with an accent and limit the likelihood of situations where gatekeepers to gainful employment “shut down a little bit… as soon as [they] hear an accent… because they’re worried about misunderstanding [the candidate]”, a rather common sentiment among professionals.

By addressing the potentially unfair treatment that some individuals receive because of how they speak, the HR community can mitigate a form of workplace discrimination at the same time that it promotes more equitable hiring and retention practices.

Related
Employers vs. workers: Who will win the future-of-work debate?
Small businesses seek extra hiring aid in federal budget to help with recovery
A culture of health: How to spread the gospel to employees
Calgary Chamber raises concern about recruitment, retention of workers after Alberta sovereignty act passes
Tags