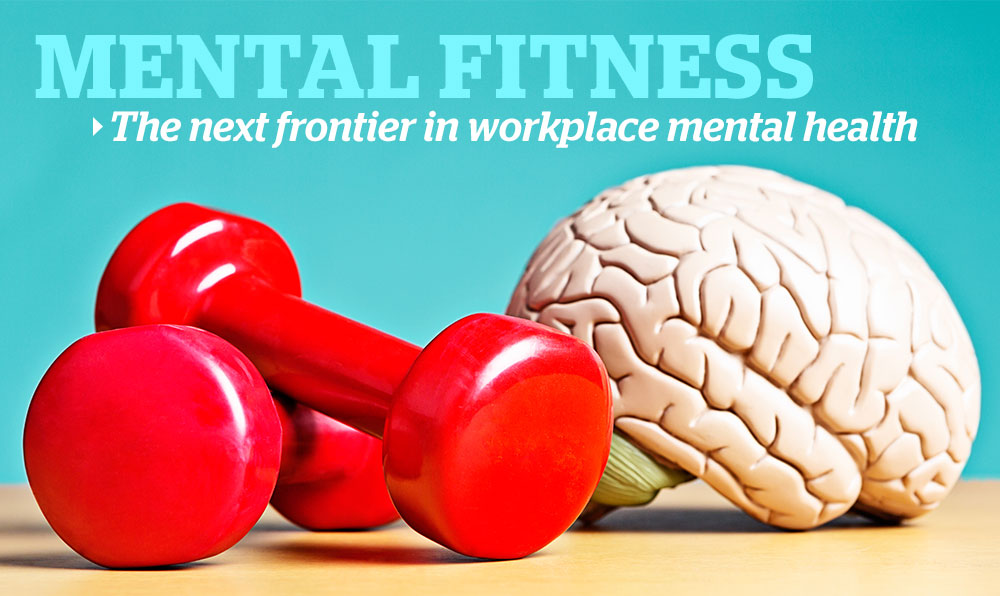 EDITOR’S NOTE: ‘Mental Fitness: The next frontier in workplace mental health’ is a weekly series, in partnership with Dr. Bill Howatt of Howatt HR Consulting in Ottawa. This series takes a deeper look at mental fitness — an approach to prevent mental harm and promote mental health.

“It takes zero training to lose it emotionally. It takes commitment and practice to stay calm during emotional storms.” —Dr. Bill Howatt

You are in a meeting. Everyone seems happy, and things are going well. As you look at your watch, you notice the meeting is coming to an end and you start to think about what’s next, as it is the end of a long day and you are mentally tired.

Without warning, a team member brings up an item that is not on the agenda. The subject is you. Without speaking directly at you, they begin clarifying their intention or indicating what they are looking for.

They start sharing their concerns about how you dealt with a client last week. It feels like a personal attack and the team member is questioning your character. Their tone is not remotely aggressive, so anyone else in the room would think that they are saying nothing threatening, just sharing their point of view in a group setting.

But you sense you are under attack. You feel a surge of adrenaline and frustration rising. Your emotions change quickly from positive to negative and you are now in a negative, emotionally charged state, defensive — and angry.

Before you know it, you pop and start pushing back with a flurry of negative emotional energy. The other person appears to be in shock — what I refer to as a disproportional emotional response.

This can be described as a response that is negative, aggressive, and defensive — over the top for the situation and often filled with judgment that can cause emotional harm to the other person.

This kind of emotional response changes the dynamics of the conversation for the worst. It often results in hurt feelings, loss of trust, and increased risk of a head-on conflict, depending on how the person receives the attack. It can also lead to a loss of credibility with onlookers.

Chris Voss, known as one of the world’s top hostage negotiators, talks in his masterclass about how when a person becomes negative, they are 31 per cent less intelligent.

He makes it clear that to be an effective negotiator, there is only one option: always stay in a positive emotional state and do not become negative.

You should not avoid negative emotions. It is best to deal with them upfront and head-on.

However, if the other person is being negative and you want to work through a challenge with them professionally, the path to success is staying calm and positive.

Voss refers to what he calls tactical empathy. What he is really talking about is emotional intelligence, a skill that can help a person under stress maintain a proportional response by managing their emotions in a manner that keeps a positive social interaction in place.

Following are two skills that can take some practice and time to master.

The first step is intention and catching yourself when you slip, as there will be a next time to try again. Keep trying and you may be surprised in a month or two how quickly you can make some improvements.

Pause, breathe twice, and pause for seven seconds: Whenever you are confronted with negative emotion, be aware of mirror neurons.

To explain this, think about why when someone smiles at you you often just smile back, without thinking. It is because our brains often automatically mirror the behaviour of the other person (positive or negative expressions), as though we are doing it intentionally.

If the other person is negative, put space between your negative emotions that have been triggered by your mirror neurons, so that your conscious brain can catch up.

Train your brain that instead of responding you will pause, focus on your breath twice, and allow seven seconds to go by. If you still feel your emotions rising, repeat the breathing because with silence you are doing no harm.

Once your conscious brain catches up and sees there is no lethal threat, it can start to understand the other person’s concern while focusing on being positive.

Discover more, avoid the urge to problem solve: Whenever two parties are looping in negative emotions and try to problem solve, the challenge often results in a less-favourable and less-desirable outcome.

A useful strategy that can help defuse negative emotions is to seek to understand the other person’s concerns and feelings — where they are coming from, what they are looking for, and how you can help them find a resolution.

When you ask questions, be aware of your voice’s tone, slow your pace, and speak calmly.

As you do this, the other person is more likely to feel they are in a safe environment with someone who is interested in their concerns. This can help defuse the negative emotion and find a solution.

If there is a particular microskill or topic you would like to see Dr. Howatt write on that supports employees’ mental health in the workplace, please send your request to Talent Canada editor Marcel Vander Wier.

Related
4 considerations before adopting a mental fitness strategy
Seeking mental fitness? Tune up the optimism
Give yourself a break! We are not perfect
Finding your emotional remote control
Tags