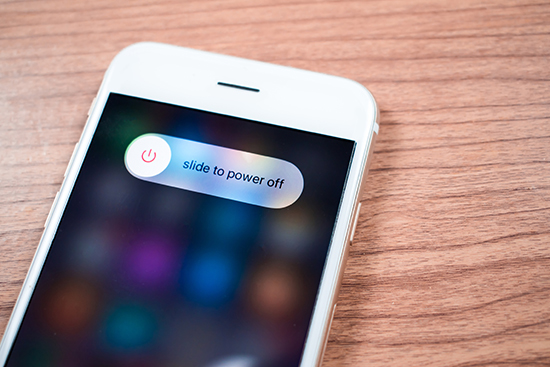 Posting on Twitter has changed since Elon Musk finalized his $44 billion takeover of the micro-blogging platform.

One of Musk’s first orders as CEO: Adding opt-in paid verification to the social networking platform’s Twitter Blue program. Previously, account verification was used to credibly identify people or organizations of public interest and did not require payment.

Musk’s changes allowed anyone on Twitter to get a blue check on their account for a monthly fee. Musk claimed the change would support Twitter’s revenue.

However, the opposite appears to have taken place. Within weeks of Musk’s takeover, verified users from luxury fashion house Balenciaga to Whoopi Goldberg, Stephen Fry and showrunner Shonda Rhimes announced their departures. Meanwhile, several major brands have paused advertising on the platform. Their reasoning? Concerns around Musk permitting a “cesspool of hate speech” to proliferate on the platform.

Shortly after Musk introduced the new blue check program, a tweet purporting to be from American pharmaceutical giant Eli Lilly announced that insulin would be free. Several users rejoiced in the comments, excited for the promise of accessible health care. But the tweet was never sent out by Eli Lilly, whose official account is ?LillyPad. Instead, the tweet came from an account that registered with Twitter Blue’s paid verification program.

Though the fake Eli Lilly account was removed, the pharmaceutical company lost billions in value and the company’s stock fell 4.37 per cent within days.

In response to the impersonations, Musk paused the paid verification program. Musk has also been inconsistent about the new gray “official” check verification. The new check was also brought in to deal with the impersonations, but Musk soon tweeted that he’d “killed it” after the announcement instigated more trolling. The gray check has since returned to some verified accounts.

These playful impersonations aren’t coincidental: they are a dissent against Musk’s leadership. In response to Musk becoming CEO, users used the platform to challenge dominant ideas about capitalism and power.

The fake verified accounts are forms of shitposting, or crass, provocative digital communication styles. Relying on parody and mocking, shitposting attempts to disturb and derail typical ways of posting on social media platforms.

Shitposting traces its roots to early 2000s internet cultures. It’s often associated with trolling and other forms of hate speech circulating on message board platforms like 8chan.

However, shitposting can also be a form of digital protest. Communication scholar Josh Gunn explains that “shitTexts” are rhetorical practices that use irony and detraction to catalyze conversations about power and capitalism. Similarly, shitposts can help us blow off steam about political events we have little control over.

Likened to the Dadaist art movement, shitposts also use play, absurdity and irony to challenge grand narratives about art and economic life.

Since its launch in 2006, Twitter has been a digital public square for its 330 million monthly users. Users build community in different enclaves, groups organized around shared identities or common interests.

In his groundbreaking work on Black Twitter, media scholar Andre Brock, Jr. explains how the platform’s longevity is sustained by ordinary users whose playful use of Twitter gives them power and agency in ways offline spaces can’t.

A chaotic takeover and the many Musks

But Twitter users are not always concerned with reproducing offline hierarchies of power — even public-facing personas regularly interact with everyday users.

The limited character count of a tweet means all users rely on creative strategies to communicate their messages. For instance, on a pre-Musk Twitter, verified users had the option to edit their display names. The name section is a playful space: used to creatively conceal an identity or temporarily partake in a viral platform trend (like spooky Halloween names).

In response to Musk’s verification changes, many users including cartoonist Jeph Jacques and comedian Kathy Griffin changed their display names to “Elon Musk,” tweeting out provocative and offensive statements impersonating the CEO. Many other users joined them. Jacques and Griffin’s accounts have both been suspended.

Singer Doja Cat, whose name was stuck as “Christmas,” publicly tweeted at Musk for assistance. When he permitted the change, Doja Cat, changed her display name to “fart” and thanked Musk.

The platform’s future remains uncertain. Some claim Musk is driving Twitter into the ground, while others fear it will become yet another space for white supremacist hate.

Is shitposting the most pragmatic way to engage in public dissent? Probably not. However, through small acts of play, satire and parody, Twitter shitposters demonstrate the platform’s unique potential to spark cultural conversations about power — with a twist of provocation.