“I don’t want to alarm anyone, but it’s getting serious and it’s going to hit us hard. Do we have a plan in place?”

That statement, and question — uttered by a supervisor at a Feb. 24 meeting at Pennine Security Solutions — changed everything for the company, which specializes in security for condo buildings and residences.

Erica Williams, the COO at Pennine, pointed to that moment as the time when COVID-19 stopped being an overseas news curiosity into something very real for her company, her employees, her customers and the country as a whole.

Pennine sprang into action, leaning heavily on its partners who have expertise in emergency preparedness.

“We have quite a number of friends who actually have done pandemic planning — they never thought they would actually use it, but we applied the models to our way of work,” said Williams.

Pennine started modelling how it would run its business if 10 per cent, 20 per cent and 30 per cent of staff were unavailable.

The pace of change in the weeks that followed was stunning, she said — how fast it spread and how serious governments across Canada responded by shutting down the economy.

“We didn’t expect everything to be locked down, that was the last thing we thought would happen,” she said. 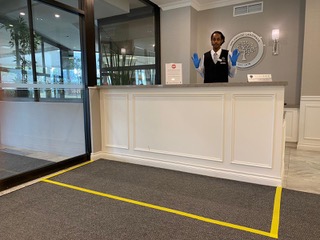 Pennine reached out to its customers — which include the corporations that run condos — to outline how its staff would prepare and to offer advice.

Amenities at the condo buildings had to be shut down, and social distancing measures were put in place for Pennine’s staff working in the lobbies. They put tape on the floors to show the proper distance from the front desk and put out hand sanitizers.

Workers were given masks and Lysol wipes to use — “we got them before the price went crazy,” she said.

And the information around COVID-19 kept changing, as it was revealed it could survive on surfaces and boxes for long periods of time. The company was lucky, Williams said, because it had a good supply of personal protective equipment (PPE).

There were a lot of tiny details to iron out. For example, it banned employees from sharing pens and worked with delivery companies so parcels could be marked as delivered electronically rather than having to manually sign something. 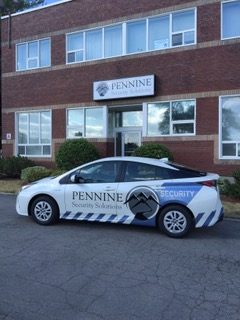 Transportation and food for workers


Pennine has a mobile support unit, something it turned into a chauffeur service for employees who didn’t feel comfortable taking public transit to work. It also changed working hours — instead of having eight-hour shifts it expanded them to 12 hours.

“That kept our interaction low so there is only one changeover every 24 hours,” said Williams.

“We made a deal with Freshii in Liberty Village (a Toronto neighbourhood). They prep it, and make it fresh and we do curbside pickup and deliver it to each site,” she said.

Layoffs were never contemplated at the company, which employs about 250 people throughout southern Ontario. It has been in hiring mode this entire time, as demand for its services has increased in the COVID-19 era.

Pennine has been reaching out to former employees to see if they want to come back on the payroll, and it continues to conduct interviews for new hires.

Security work is often what Williams called a “stopgap” job — something people do while in school, waiting to join a police service or going on to other careers. It has lost some staff who had to self-quarantine, or who were afraid to work because they had someone in their home who was elderly or with a compromised immune system. 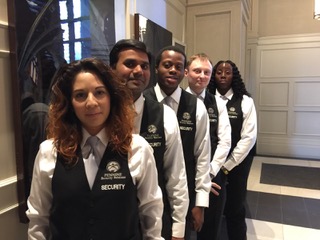 Recruitment in a pandemic


There have been some big changes to how the company hires in recent weeks. It used to do a “Walk-In Wednesday” — people were encouraged to come in off the street with a resume and apply. It also attended job fairs to find employees, but both those pipelines have been shut down.

Now, interviews are strictly by appointment only.

“If they pass the phone screen, we invite them in for the first interview,” she said. “If they have the option to have that interview over Facetime or Zoom, we will gladly do that. If they’re more comfortable coming in, we can also do that.”

Because security was deemed essential by the Ontario government, the office remains open. But it’s far from business as usual. When an applicant comes in, there is strict protocol that has to be followed.

Candidates have to wash their hands before they come in, and are handed a pair of gloves and a face mask and escorted into the boardroom — which has been freshly wiped down with Lysol for each meeting, said Williams.

While virtual works for some industries in hiring, it can’t work for security, she said.

They have to sign documents, pick up uniforms and fill out paperwork that can’t be done over the Internet.

The pool of candidates is also smaller than many other sectors, because all security guards have to be licensed. That license is granted by Service Ontario, and they’re not doing that right now, said Williams. That makes the pool of previous employees so valuable for recruitment.

Communicating with staff is a priority, and it comes in all forms. There is a weekly update from the head office, and that is supplemented with daily memos.

“We try to get the managers to do a visit as well, simply because we all believe — even though we’re trying to cut down on face time — it’s still important for us to show that ‘You’re in the field, we’re in the field too.’ We’re not going to put you in a dangerous situation.”

Williams is pleasantly surprised at just how well the teams are coping. Staff are happy hours haven’t been cut, and the company is planning extra compensation for its workers in the range of $2 to $2.50 per hour.

Some companies have referred to it as “hazard pay” but Pennine is purposely avoiding that label.

“We’re doing it as a bonus,” she said. “We really don’t want to call it hazard pay.”

The turnover during the pandemic has been quite low — in the 10 per cent range, something she called “amazing” because the company had been preparing for the worst case a 20 per cent to 30 per cent reduction. 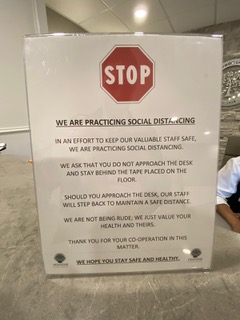 
The entire experience with COVID-19 has really but employee benefits in the spotlight, she said.

“We provide health benefits to a lot of our staff, but we make it optional,” she said. “I think I’m not going to make it optional anymore. I don’t want people without benefits, medication, things like that.”

Williams also struck an altruistic tone about the importance of work — and workers earning wages — as the economy recovers. Technology has made offsite monitoring an effective way to provide security with a more profitable margin, she said.

“But I don’t want to go that route because our economy has got to recover after this,” she said. “So we need more people working. I really like our service model and the way we do things — but we will have more guards on our ‘just in case’ list.”

“I laugh because they always say that security is recession proof. Well, now we know it’s also pandemic proof as well.”