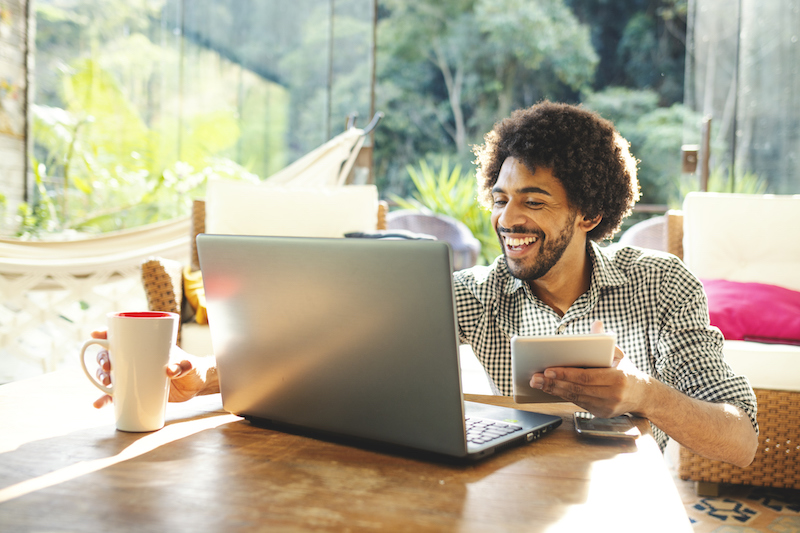 Nicolas Vandenberghe’s company has 42 staffers scattered among 36 cities in 15 countries. As technology makes it possible for people to be in constant touch while working remotely, businesses like Chili Piper are becoming the norm.

“We have Zoom, Slack, and a myriad of other collaborative tools — do we really need the in-person water cooler meetings?” asks Vandenberghe, whose business makes software to help companies manage meetings. Vandenberghe himself is continually remote, splitting his time between Brooklyn, New York; Los Angeles and France.

Whether it means a parent working from home while caring for a sick child, a staffer who logs into a company computer daily from a coffee shop or an entire law firm that operates online, remote working is gaining momentum at small businesses. Technology that makes communication and meetings easy is a big factor in the growth of remote working, but so is the shrinking labour pool that accompanies an unemployment rate below 4% for over a year. Many companies no longer look for help close to their home base.

It’s hard to find definitive statistics on how many people work remotely. Gallup’s most recent survey in 2016 showed that 43 per cent of employees worked remotely in at least some capacity; that was up four percentage points from 2012.

But even as remote working grows, business owners find managing offsite staffers involves more than giving them the latest technology. Communication, for example, can’t be left solely to videoconferencing and messaging apps like Slack. Three of Jazmine Valencia’s seven staffers are in her Los Angeles office, three are in New York and one is in Chicago. Her company, JV Agency, does marketing for the music industry. Valencia’s remote staffers can feel left out when the onsite team discusses issues.

“I have to over-communicate and make sure everyone is on the same page. This might mean more one-on-ones, more calls and sometimes just being constantly emailing or private messaging the remote team,” Valencia says. “I need to give them a sense of security.”

Owners say a remote operation can’t work without trust between a boss and staffers, especially because it can be difficult for an owner to know what an employee is doing during a workday. Tyler Forte recalls that when he first managed staffers remotely, “it was me checking on them probably too frequently.” He worried about staffers at his real estate brokerage spending time on social media.

But, “over time, you develop trust with the employee, that we’re all working toward the same goal,” says Forte, CEO of Felix Homes, based in Nashville, Tennessee. The company has staffers in Los Angeles. “Even if I’m not overseeing every move, I believe they are doing their best to advance the goals of the company.”

Forte has found project management software, an aid many owners use, helps him keep track of what everyone is doing.

Working too much – not slacking off – the real problem

Sometimes the problem is very different from staffers goofing off.

“People have this idea that if you have a remote team, they won’t work,” says Emma Rose Cohen, CEO of Final Straw, a maker of reusable straws that has a hub in Seattle. “It’s the opposite — if you hire the right people, they’re self-starters, and self-starters are often people who work too much.”

She’s alert to signs that any of her 15 staffers are spending too much time on the job, and when they tell her they feel burned out, tired, or stressed, Cohen says it’s time to take a break. And she’s very public about the fact she blocks off time for non-work things she needs to do.

One reason why employees take remote jobs is their bosses give them flextime; they can make their own hours, take time off for children’s activities or to go to the gym or walk the dog. That perk can help a small business attract and retain staffers.

But remote work is a bad fit for some employees because it often is isolating; staffers can feel disconnected and even alienated from co- workers. That can be countered to some extent through messaging channels that allow everyone to chime in on a fun discussion. Cohen has gone further, creating channels devoted to specific topics like pets or podcasts.

When Andrew DeBell hires remote staffers, he flies them to his company’s home base for interviews; that’s one way to increase the odds they’ll work well with the team at Water Bear Learning, a Ventura, California-based company that creates educational materials.

Some owners find remote work can have a stifling effect on a team’s creativity _ there’s no light-bulb moments as staffers pass each other in the hallway, no riffing in a meeting, no break room chats that are unexpectedly productive.

“You’re able to feed off each other and brainstorm ideas better in person than when you’ve got several people on the phone,” DeBell says.

His company has one staffer in Denver and two in Ventura. It also has a network of freelancers in the eastern U.S.

Saili Gosula has a remote administrative staffer and several onsite employees at her Synergy HomeCare franchise in San Mateo, California, and all of her caregivers work out in the field. Gosula has some of the same issues as owners whose work is computer-based; she does a lot of communicating and informing, trying to be sure that all her office staff is on the same page.

As it turns out, Gosula uses some of the same skills with her caregivers, who are all working in sensitive, emotional situations as they care for elderly or sick people.

“We talk to them often, ask them how it’s going,” Gosula says. “We ask them questions every time we interact with them.”

Related
Technology gone wrong: Ottawa faces calls for compensation for workers impacted by ‘Phoenix nightmare’
Doomsday scenario that would see AI wipe out jobs ‘overstated’: Ottawa
Technology works – but only when employees actually use it
Executives – in a hurry – more likely to fall victim to phishing: Lawyer