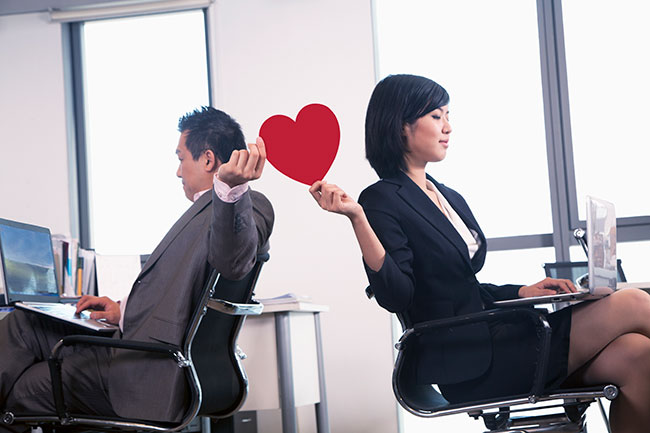 An Ontario senior public health official failed to disclose her close relationship with a convicted fraudster she had met online when she hired him as interim chief financial officer, a newly released forensic report states.

A report commissioned by Algoma Public Health and composed by auditors KPMG also indicates that Dr. Kim Barker, former head of the health unit, pursued an intimate relationship with Shaun Rootenberg, despite knowing he had been using the alias of Shaun Rothberg. Emails between them “became more personal” over time, the audit states.

“Dr. Barker denied that she was in an intimate relationship with Mr. Rothberg prior to his appointment,” KPMG says. “Her hope was that one would develop.”

Barker believed that if Rootenberg was provided with employment in Sault Ste. Marie, Ont., according to the report, the “likelihood of a relationship between her and Mr. Rothberg would increase.”

As medical officer of health, Barker led Algoma Public Health in Sault Ste. Marie until she resigned in January 2015 — after the news outlet SooToday.com revealed that Rothberg was in fact Rootenberg, who had served prison time for fraud.

After her departure, the health unit hired KPMG to investigate, which produced its highly confidential report in March 2015. Barker fought its release until the Supreme Court of Canada in December declined to hear her bid to keep it secret.

The 26-page document, obtained by The Canadian Press under freedom of information laws, is based on interviews, emails, and minutes of board meetings. It paints a troubling picture of Barker’s role in hiring Rootenberg after the board’s previous business administrator was charged criminally with breach of trust and theft.

For one thing, Barker had referred in an email to “Rootenberg,” even though she would later maintain she was unaware of his name deception.

“Dr. Barker was aware that Mr. Rothberg was actually Shaun Rootenberg … approximately seven weeks prior to his appointment as interim CFO,” the report says, adding she “did not provide a reasonable explanation for the inconsistency.”

Now in his 50s, Rootenberg, of Thornhill, Ont., would be charged in 2017 with defrauding Barker and Victoria Smith, another woman with whom he became romantically involved. The prosecution proceeded only on the Smith charge, and he was found guilty last year. He is to be sentenced later in February.

Emails show Barker and Rootenberg, who met on a dating site, were in contact from as early as July 2013. He would soon introduce her to Ron Hulse, a principal of a Toronto-based consulting firm through which the health unit hired Rootenberg.

Her discussions with Hulse about the hiring began months before the board approved a search for a new CFO, KPMG said. Barker, who is in her late 40s, admitted she failed to tell the health unit board about her relationship with Rootenberg.

“Dr. Barker went on to characterize her failure to do so as a ‘complete lack of judgment,”’ the report states.

In response to questions, Barker sent a statement through a spokesperson on Friday, in which she called her hiring decision “clearly misguided,” and apologized for it. She also said Rootenberg’s hiring was intended to address the health unit’s “pressing financial issues.”

Barker also said she fought the release of the KPMG study amid concerns about its “inaccuracies and misrepresentations,” but did not say what those were.

“I felt it would not serve the public interest to have unreliable information on the public record,” she said.

Barker previously told The Canadian Press that Rootenberg preyed on her vulnerability — she says she is legally blind — and that publicizing the document would ruin her life.

Dr. Marlene Spruyt, Algoma’s current medical officer of health, said in a statement Friday that the board has improved its organizational and financial oversight in recent years.

“Recruitment and hiring practices have been standardized across the agency,” Spruyt said.

Rootenberg served as interim CFO for 27 weeks until May 31, 2014, even though he had told the board in mid-April of that year that he was leaving the position immediately. Rhulse26, the Toronto consulting firm, billed the health unit for $120,514 for Rootenberg’s service and another $61,698 for developing a business plan.

In other KPMG findings, Barker said she had asked for a police background check on Shaun Rothberg three or four months before his hiring. It came back negative. After making her hiring decision, she asked a health unit staffer if it would be a conflict to hire a spouse. She later told KPMG she had been referring to her husband.

The only health unit losses the forensic report identified during Rootenberg’s tenure was $12,150 — due to Rhulse26 billing more than originally quoted.

Related
Employees entitled to time off to vote in federal election
Mixing alcohol, employees can be a costly cocktail for employers
McDonald’s U.S. fires CEO after consensual relationship with employee
Fixin’ for a costly separation: The perils of a fixed-term employment contract