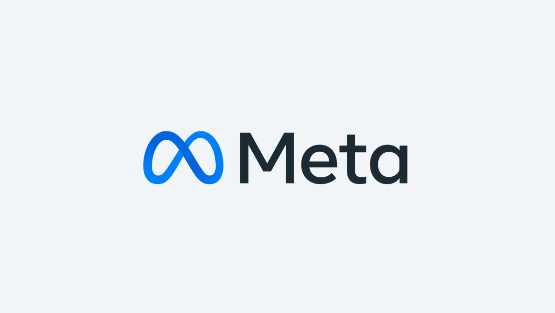 A number of Canadian workers have been laid off by Meta Inc. as the tech giant announced plans to cut 13 per cent of its workforce in a bid to become “leaner and more efficient.”

Canadian staff in the company’s communications, creative partnerships, client relations and human resources departments all posted about their layoffs on LinkedIn on Wednesday.

“I have no idea what’s next, but it was a gift of four years I’m grateful for and thanks to so many of you for being a part of it,” wrote Neil Mohan, a creative partnerships lead in Toronto, in a LinkedIn post announcing his layoff alongside the broader Canadian team he worked on.

Meta spokesperson Alex Kucharski would not say how many Canadians were impacted by the cuts, but directed The Canadian Press to a public letter from founder and CEO Mark Zuckerberg, which said a total of about 11,000 workers would be departing.

The cuts are the product of a miscalculation on the growth of e-commerce, which Zuckerberg thought would be permanent but has been falling from its pandemic highs, he said in the letter.

‘I got this wrong’: Zuckerberg

Seeing the initial surge and others making similar predictions, he made the decision to significantly increase Meta’s investments.

“Unfortunately, this did not play out the way I expected,” Zuckerberg wrote.

“Not only has online commerce returned to prior trends, but the macroeconomic downturn, increased competition, and ads signal loss have caused our revenue to be much lower than I’d expected.

“I got this wrong, and I take responsibility for that.”

His note came after months of spending cuts and layoffs across the global tech sector triggered by waning investor exuberance and a rethink of valuations that soared during the pandemic.

“The tech sector is readjusting to a new economic reality,” said Courtney Radsch, a senior fellow at the Centre for International Governance Innovation, a think tank focused on technology and international governance.

Part of the readjustment includes cuts at Netflix, Microsoft, Oracle and Intel along with dozens of international startups and household names.

Canadian companies Shopify Inc, Clearco, Hootsuite and Wealthsimple have made layoffs too.

Like Zuckerberg, Lutke said the pandemic created a surge in demand for Shopify’s software as consumers shifted to making a higher number of purchases online.

“We couldn’t know for sure at the time, but we knew that if there was a chance that this was true, we would have to expand the company to match,” Lutke said at the time.

The similarities in approaches tech leaders have taken and the size of the cuts they have made should “be a wake-up call for regulators,” said Radsch.

“As long as major platforms with a lot of staff and really high valuations are owned or essentially controlled by billionaires, who are insulated from a lot of types of pressures that non-millionaires are not isolated from, we’re going to continue to see (these cuts),” she said.

“Mark (Zuckerberg) has a level of power over the company that’s pretty unusual for this type of company … and for one person to decide the fate of 11,000 people _ not to mention political, social, economic features of much of the world that depends on Facebook advertising and infrastructure _ I think it’s really problematic,” said Radsch.

While she doesn’t think the workers laid off by Meta will have trouble finding employment, many won’t be paid Meta-level salaries and will face greater competition in the job market.

Many companies will have their eye on workers from Meta, which can be hard for startups to lure in because they don’t have the big budgets tech giants do.

“People who come from these large tech employers are highly skilled, have great resumes and there are lots of other tech communities eager to get top talent,” said Jenna Jacobson, an associate professor at Toronto Metropolitan University’s Ted Rogers School of Management.

But the cuts will also weigh on future hiring.

Meta, for example, said it will freeze hiring for its first quarter.

The company had announced plans to hire more than 2,500 office and remote workers to its Canadian contingent over the next five years and situate many of them in a Toronto engineering hub. The company was also due to leave behind its MaRS Discovery District office for a new home at an undisclosed location.

Asked whether those plans will be reduced or cancelled, Kucharski said, “Our expansion in Canada was always a long term one planned over a number of years.”

“We remain committed to Canada and look forward to many years of innovation ahead in Toronto.”