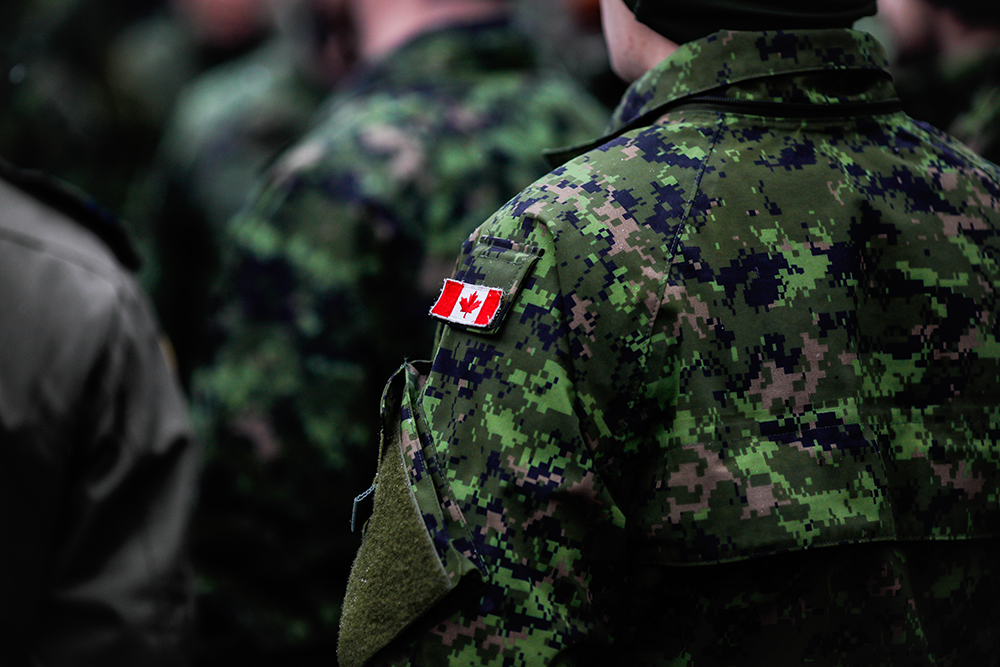 OTTAWA — The Canadian Armed Forces says it is investigating after one of its officers appeared in a video speaking out against vaccine mandates and calling for other military members to stand up against government-imposed pandemic restrictions.

Yet while officials say Armed Forces members who discredit the Canadian military will be held accountable, it remains unclear just how far the military is willing to go in dealing with such incidents.

Maj. Stephen Chledowski is the latest serving member of the Canadian Armed Forces to have spoken out against vaccine mandates and COVID-19 restrictions by appearing in a video while wearing his military uniform.

In the video, which was uploaded to the internet on Thursday and is now circulating on social media platforms, Chledowski decries what he describes as government “bullying tactics of fear, intimidation, coercion and financial and physical violence.”

The artillery officer based at Canadian Forces Base Gagetown in New Brunswick goes on to rail against vaccines before calling on other military and police officers “to now stand up and protect your loved ones against this government-forced medical tyranny.”

Chledowski declined to comment in an email, saying he had been ordered not to do interviews.

Defence Department spokesman Daniel Le Bouthillier confirmed Chledowski is a member of the Canadian military, and that officials are now investigating “and will take appropriate action.”

“A hallmark of our democracy is the principle that the military is accountable to our duly elected officials,” Le Bouthillier said in an emailed statement.

“Those who disregard these principles undermine the very foundation of our institution. … Any member of the Armed Forces who brings discredit to the CAF through either conduct or performance deficiencies, be it through actions or words, will be held accountable.”

The military last week announced it was investigating a member of the Royal Canadian Air Force who appeared in a separate video voicing support for the anti-vaccine protest that has clogged downtown Ottawa for two weeks.

Retired lieutenant-colonel Rory Fowler, who is now a lawyer specializing in military cases in Kingston, Ont., argued Chledowski’s actions are much more serious given his rank and the nature of comments.

While the Constitution recognizes the right to free speech, Fowler said, “the right of (Armed Forces) personnel to make certain statements while, quite literally, in uniform is limited.

“People such as Maj. Chledowski can seek to test such limits if they wish,” he added. “But they will face the consequences if they are wrong in their estimation of the limits on free speech.”

“Any such serious breaches to the ethos of the military profession and the Code of Service Discipline by anyone, let alone a senior officer, who additionally made such statements while in uniform, is a matter that is likely to attract serious discipline,” Drapeau said.

Military police last year charged another officer with trying to persuade another person to join in a mutiny and behaving in a scandalous manner unbecoming of an officer after allegedly urging other Armed Forces members not to help distribute COVID-19 vaccines.

The charges against Officer Cadet Ladislas Kenderesi followed a speech at an anti-lockdown rally in Toronto in December 2020 in which a man appeared in full military uniform and spoke out against what he called “killer” vaccines.

Defence officials said at the time that Kenderesi was the first service member charged with a mutiny-related offence in at least 20 years. A court martial is scheduled for September.

Retired lieutenant-general Guy Thibault, who previously served as vice-chief of the defence staff, said it was disappointing to see some Armed Forces members using their service in uniform for such purposes, and that the military should come down hard on them.

“They should be dealt with quickly and firmly (and publicly) and severely sanctioned,” said Thibault, who is now chair of the Conference of Defence Associations Institute.

“Unless there are mitigating circumstances revealed in an investigation or summary trial or court martial, I would think that they should be released dishonourably and unsuitable for further service.”

And while Fowler suggested there may be some concern about public courts martial becoming a political lightning rod or a platform for Armed Forces members opposed to vaccines, “that is part of the cost of a public and fair system of justice.”

“(Chledowski) in effect used his uniform as part of that public platform. If he is going to be disciplined for doing so, that, too, should be via a public platform: the Code of Service Discipline.”

The most recent video comes as the military is preparing to cut potentially hundreds of troops who have refused to bare their arms and get vaccinated.

Fowler said military personnel can still be charged for actions taken while in uniform even after they have left the Armed Forces.