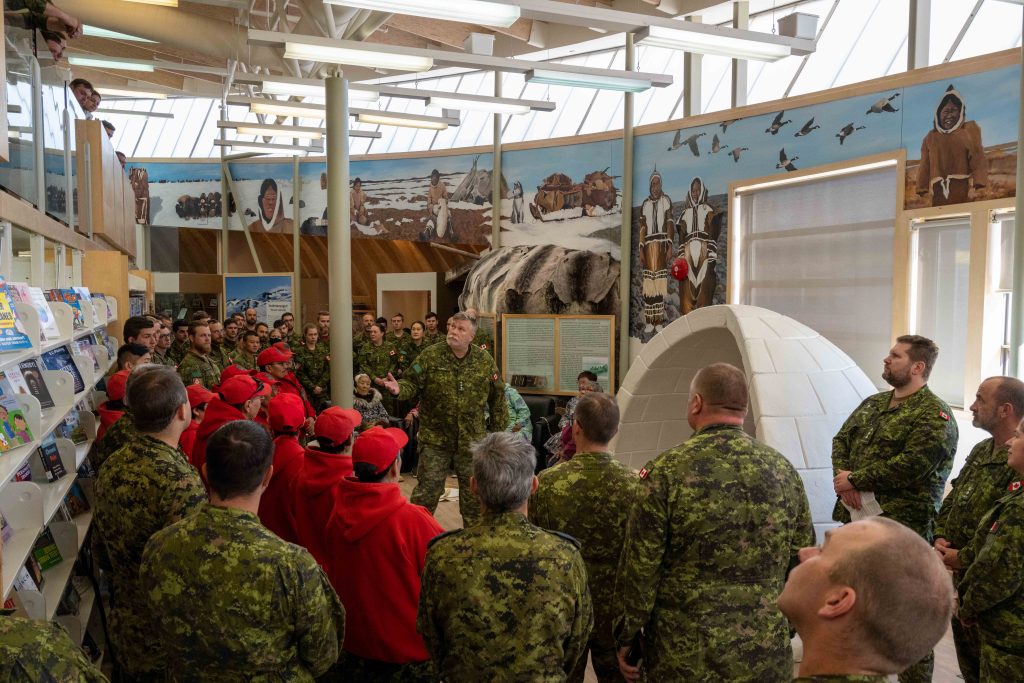 Chief of the defence staff Gen. Wayne Eyre is ordering an immediate halt to all non-essential activities in favour of boosting military recruitment and retention, with the Canadian Armed Forces facing an unprecedented personnel crisis.

Eyre issued the sweeping order to senior commanders across the country on Thursday, saying dramatic action is needed to ensure the military has the troops it needs to respond to growing demands and threats at home and abroad.

The reconstitution order sets a completely new direction for the military after years of high-tempo deployments and operations in Canada and overseas by making the recruitment and retention of personnel its top priority.

“The interim goal is to address shortcomings that are preventing the CAF more specifically from being in the position it needs to (be) in order to excel as a modern and combat-ready military force,” the order reads.

It later adds: “The rebuilding process needs to occur on an accelerated timeline given the geopolitical environment that we find ourselves operating within, especially in light of the invasion of Ukraine.”

Expected for several months, the order follows a period of unprecedented activity by the military. That includes large-scale deployments to Iraq, Mali, Ukraine and Latvia as well as helping with the COVID-19 pandemic and natural disasters in Canada.

It also coincides with lagging recruitment rates and a shortage of experienced personnel to train new recruits and lead actual missions, which Eyre said “continue to imperil our ability to recruit, train, employ and retain diverse Canadian talent, thus jeopardizing the readiness and long-term health of Canada’s defence capabilities.”

One in 10 positions vacant

The Armed Forces is supposed to be adding about 5,000 troops to the regular and reserve forces to meet a growing list of demands, but is instead short more than 10,000 trained members _ meaning about one in 10 positions are currently vacant.

The problem has become so acute that some senior offers have started using the word “crisis” in interviews with The Canadian Press, including the commander of the navy and the officer responsible for military recruitment and training.

Eyre’s order reflects on the seriousness of the situation, saying: “Owing to personnel and staffing levels that have been compounded by the CAF’s heavy commitment to operations, the negative effects of the COVID-19 pandemic and a culture crisis, National Defence continues to lose its ability to deliver and sustain concurrent operations at the scope and scale necessary.”

To that end, the order directs commanders to prioritize fully staffing recruiting centres and training schools and calls for a complete reassessment of the military’s current structure and composition.

Eyre also opens the door to more flexible working arrangements for service members while emphasizing the continued need to change the military’s culture to better attract and retain women, Indigenous people and other under-represented groups.

“Culture change will remain the top departmental priority throughout the reconstitution process,” the order reads.

“This endeavour will require significant resources and a willingness to embrace recommendations from external review authorities.”

The new approach won’t come without risks, which Eyre acknowledged in directing a reduction of large-scale training exercises in favour of more individualized classes as the military focuses on getting enough troops with basic skills into the ranks.

While military commanders have previously underscored the importance of large-scale exercises, the order says Eyre “will be ready to accept the associated reduction in readiness levels using a risk-based approach.”

And while many Armed Forces members join to serve on missions, the defence chief ordered commanders to “strike a balance between providing deployment opportunities to junior members and the need to rebuild our mid-level leader capacity.”

The defence chief indicated the reconstitution effort will take up to eight years, with the immediate goal of growing the force, and working toward the broader objective of ensuring the military’s size and structure are lined up with future needs and missions.

Related
Military sounding alarm over recruiting problems as Canadians steer clear
Want a job? Employers say: Talk to the computer
In Ontario, where have all the workers gone?
Putting up the ‘Batman Signal’ won’t attract staff in new era. Instead, try meaningful work and recognition
Tags