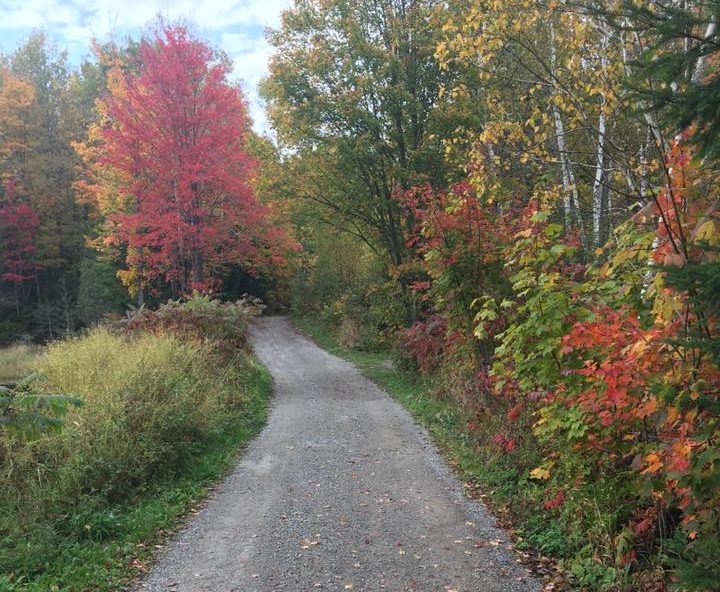 A walk in the woods can be more beneficial than a walk through an urban setting, according to new research. Photo: Todd Humber

A recent study out of Germany’s Max Planck Institute for Human Development has provided a “causal link between nature walks and stress reduction.”

Essentially, the study set out to investigate whether urban settings increase stress or if more natural environments reduce stress.

They took 60 volunteers, had them all undergo an MRI to track the activity of their amygdala during various tests to measure their stress response. The amygdala is the brain’s “fear centre,” responsible for our fight-or-flight response.

Once baseline measurements were established, the group members were randomly assigned to either take a 60-minute walk along a busy Berlin street or a 60-minute walk in a nearby forest, followed by another MRI. Test results showed a reduction in amygdala activity in the forest walkers, while the urban walking subjects’ test showed no change. Ultimately, this led researchers to conclude that an urban setting might not increase a stress response, however, a forest setting decreases it as demonstrated by the reduction of associated neural activity.

Ultimately, the takeaway is that there’s evidence that time spent near/in nature can support mental health and well-being. You can read the published study here.

The Max Planck study and its notion of a long nature walk as a proven mechanism to help decrease stress got me thinking about self-care and the ways in which workplaces and society as a whole are increasingly acknowledging the role of and facilitating self-care in well-being and mental health.

Often, however, self-care is still talked about using the analogy of the oxygen mask on an airplane; how we must first put on our own mask before we can help others.

What does that even feel like? Having an oxygen mask drop down in front of you while on a flight because air pressure has changed and you are suddenly in a potential emergency situation? I’m hoping the vast majority of us actually have no idea what that feels like. Does it feel like our fight or flight response (truly no pun intended here) will kick in and we had little or no warning that things beyond our control are about to get, at a minimum, very stressful very quickly? Absolutely.

The problem with this analogy is that it conflates the act of self-care with an exceptional — possible but improbable — emergency situation to which most of us can’t even relate. How is the suitable analogy to use when describing our own self-care one that only occurs as the exception and when there’s something wrong?

I understand fully that it’s merely intended to make a point, but I offer that it’s long overdue that we move away from the idea of an oxygen mask when we talk about self-care. Self-care should not be exceptional and mostly unrelatable. It should be understandable, commonplace, ordinary even in its presence and persistence in our lives. And frankly, it should have nothing to do with making sure we are just ok enough to tend to the emergencies of others while we’re in our own state of crisis.

A better visual: Filling up a car

I shared this view with my Virtual Guided Walking Meditation group recently as we began our session. Self-care, I posited, is more like gassing up a car so it will run (let’s leave electric vehicles out of the equation for the moment). If we don’t do this very basic thing, obviously we aren’t going anywhere ourselves and we certainly aren’t carpooling anyone. Do most adults know what it means to gas up a vehicle? To be low on gas when trying to move forward – literally or figuratively?

Let’s go even further. Some would say all gasolines are not made equal. Whether you put in regular, premium or super premium will determine whether that fuel will provide some basic power or if it has the ability to do more – like clean your engine or some other added benefits.

Showing up for yourself to engage in a self-care practice, like the participants in my class, should not be seen as exceptional. It should be seen as necessary, ordinary even. And it’s necessary to find ways “to gas up” every single day. Giving yourself permission to show up — whether it’s for a walk in nature, some meditation, exercise, socializing with friends, or doing any activity that you enjoy, all these things are simply “pulling into the station”. How we allow ourselves to engage during that time, to be fully present – that’s the stuff of actually gassing up and different grades.

I don’t know what it feels like to face an oxygen mask dropping down on a plane and I hope I never do. I can say that I definitely know what it feels like to be running on empty, to need a gas station and not be sure if there’s one close enough before I hit empty, to worry about the cost of gas in relation to other expenses and what it’s like, for any plethora of reasons, to put in just a bit of gas to get from A to B, but probably not enough to get to destination C.

If we’re going to engage in a societal conversation about mental health, well-being and self-care with increasing frequency, fortitude and impact, we have to start using language that actually means something to people so that the stakes are clear.

The concept of self-care as the foundation of well-being, mental health and overall health, must become so mundane and ordinary that not practicing it and not creating systems that support it would be seen as exceptionally out of the ordinary and cause for collective concern all around — much like the concern we would feel if an oxygen mask dropped down before us.

Laura Mandell is a communications leader and a Canadian Yoga Alliance-certified Meditation Teacher.