Features Business Travel
Need to renew your passport for business travel? Get in line – a long line 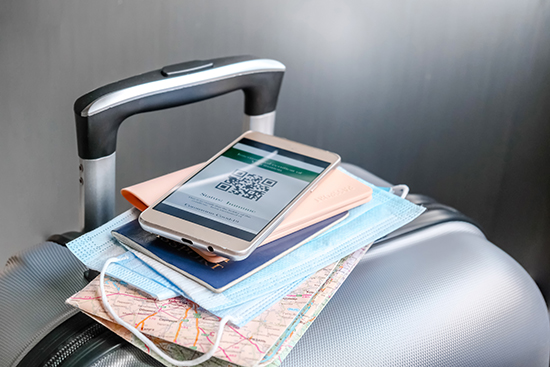 Long lineups are an evil but necessary part of any magical trip to Disney World, but Michelle Irving didn’t expect the longest line she would face for her upcoming vacation would be at the passport office.

The Ottawa mother of two has been looking forward for months to this trip — her family’s first since the pandemic began.

When she realized her 23-year-old son’s passport had expired, she figured she had plenty of time to get it renewed.

Now, after waiting for two months and spending nearly six hours on hold with Service Canada, they still don’t have his travel documents.

“They’re now going to make me go wait in line for God knows how long,” said Irving, who has no choice but to wait outside the passport office with her son for hours if they hope to get the passport before their trip.

With COVID-19 restrictions mostly lifted, Canadians like Irving appear keen to venture to far shores for the first time since the pandemic began, but passport delays are keeping some on a short leash.

Service Canada says it has seen a big boost in demand for passport renewals, which has made for long lineups and longer waits for documents.

The federal agency aims to process passports within 20 business days for mail-in applications, but right now the wait is averaging 26 days.

About 72 per cent of applications are processed on time, but some are taking much longer.

“I don’t understand why some people get it in a few weeks or in a month and other people don’t,” Irving said.

Service Canada says it comes down to a huge increase in demand.

Air Canada’s sales spiked in March as travel restrictions eased, pushing bookings to 90 per cent of 2019 levels, according to the airline’s quarterly earnings report.

The number of passport-related calls to the government has also shot up from 500 a day before the pandemic to now over 200,000 per day.

“The government of Canada recognizes that during the height of the COVID-19 pandemic, Canadians had other things on their minds and planning to renew their passports was not a priority,” the agency said in a statement.

“However, this decrease in passport applications would by necessity result in a higher-than-normal surge at a later date.”

In preparation for the predictable surge, the agency said it created a simplified renewal process that doesn’t require a guarantor or original documents. It’s also set up processing hubs across the country and hired 500 new agents to process the paperwork.

People who plan to travel within the next month have been pushed to the front of the queue, and the agency says staff are working overtime and weekends to get through as many travel documents as possible.

Still, members of Parliament say they’ve been inundated with calls from constituents asking for help and airing their frustrations.

“Members of my community and across this country are lined up by the hundreds, waiting for hours to get their new passports,” Conservative Michelle Rempel Garner said in a statement.

NDP transport critic Taylor Bachrach said people in his rural British Columbia riding can’t even do that, since the nearest city is a 12-hour drive away.

“We’ve been hearing from caseworkers across the country for months about this. Certainly in my office, we’ve fielded more passport-related inquiries in the past two weeks than we did in the entire last year,” Bachrach said.

Garner and Bachrach have called on the government to do more to bolster the passport offices so travellers can be on their way.

Irving simply hopes she doesn’t lose out on her trip.

“It adds stress because we could be out of the money for plane fare,” she said. “It’s not cheap.”

Related
What is COVID-19’s impact on business travel?
Leaving Canada for business? You have to wear a mask for 14 days after coming home
What to know about relaxed travel measures for fully vaccinated Canadians
Can your employer ban you from work after travelling?
Tags