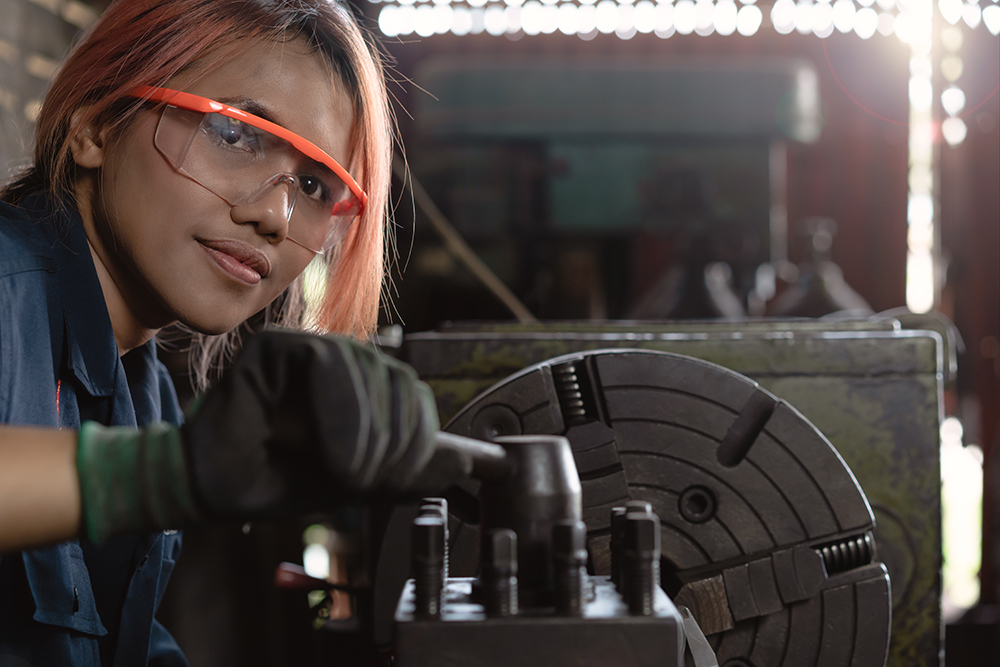 Women's annual earnings across 56 trades is about half of men. (Dubo/Adobe Stock)

OTTAWA — A new report finds that women in the skilled trades earn about half what men do, because they’re concentrated in lower-paying fields.

The report from the Labour Market Information Council looks specifically at those who received their certifications over a decade ago in 2009, and follows their annual earnings through to 2017.

Researchers found that those in the “Red Seal” trades, which are those that have national standards, started out making $64,000 in their first years and those incomes grew on average 2.1 per cent annually over the eight-year study period to reach $73,800.

Women’s annual earnings across all of those 56 trades was about half of men, partly a function of the low-paying trades where women were concentrated, such as cooking, baking and hairstyling.

The figures start to answer a key question for workers as they consider post-pandemic career changes: How much can I earn?

The Labour Market Information Council’s executive director, Steven Tobin, says many Canadians are struggling to figure out what to do as they continue to face challenges in the labour market.

“When you look at that alongside the fact that, right now, there is evidence emerging around labour shortages in the skilled trades, which was there before, it begs the question of whether or not now is the time to promote more people, in particular women, to enter some of these other trades where the earnings are higher?” Tobin said.

The skilled trades weren’t spared from the historic drop in the labour market one year ago as the first wave of COVID-19 hit. As some three million jobs were lost over March and April 2020, employment among people in Red Seal trades fell 30 per cent, the report says.

But by the end of 2020, employment in the red-seal trades rebounded to two points above pre-pandemic levels.

The government expects demand for tradespeople to stay high along the road to recovery from the COVID-19 pandemic, noting in a release this week that about 700,000 skilled-trades workers are expected to retire over the next seven years.

About one-fifth of Canadians work in the skilled trades, like construction, manufacturing and in the service sector. About three-quarters of all certified workers qualify as red-seal tradespeople.

Red Seal trades workers’ earnings over the first five years of the study period rose about 4.5 per cent a year, reaching $72,600.

Then, in the middle of the study period, oil prices collapsed and earnings dipped slightly in 2015 and 2016, before climbing in the last year.

Overall, women in the trades made 47 per cent, or $31,400, less than men did in the first year following certification, a percentage difference that stayed steady after eight years.

Ross Finnie, an expert on labour economics from the University of Ottawa, said men are distributed fairly evenly across different trade, but women make up less than 10 per cent of workers in the trades studied and are concentrated in a low-paying category that includes cooks, bakers and hairstylists.

For instance, the study found hairstylists’ earnings started at $23,700 and grew on average 2.5 per cent annually until they hit $28,100 by the eighth year.