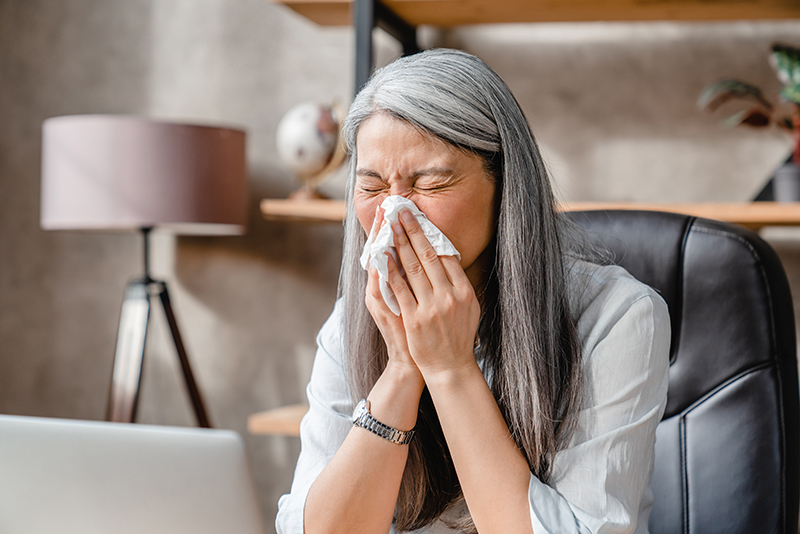 A pandemic program offering Ontario workers three days of paid sick leave is being extended until the end of March, a move the government said is meant to ensure people don’t miss out on pay due to COVID-19.

The province announced the extension Thursday, just over a week before the temporary program had been set to expire.

Employers are reimbursed by the government for the paid leave days. Eligible workers can receive up to $200 per day for up to three days for COVID-related absences like testing, vaccination, isolation or caring for relatives who are ill with the virus.

Premier Doug Ford’s government first announced the temporary sick leave plan in the spring of 2021 after facing growing calls to bring in such a policy to minimize workplace spread of COVID-19.

Opposition parties and other critics, however, have been calling for the government to expand the program by offering more days.

Deputy NDP leader Sol Mamakwa said Thursday that the program should offer up to 10 days to ensure people have enough time to recover from a COVID infection.

She said she was off work for more than three days when she got sick with COVID, and argued that people returning to work before they’re fully recovered could lead to more staffing shortages.

“Just three days’ sick leave is definitely not enough to allow us to recover and return back to work,” she said.

A group of small and medium business owners also published an open letter to Labour Minister Monte McNaughton on the paid sick days issue on Thursday, calling for changes to the program.

Their letter raised concerns about a potential fall wave of infections and the spread of more infectious variants of the virus that can easily reinfect people.

The group called for the sick days program to become permanent, to cover illnesses besides COVID and for employee eligibility to reset so people can use sick days if they get sick again.

They also asked for the government program to include small businesses that pay for their own sick day policies, arguing that it’s “unfair” to include larger companies that had not offered the benefit before.

Conover said she supports the government extending the program but would like to see it enhanced and reimburse small businesses like hers.

“I am very happy to pay for paid sick days out of my pocket, and I will continue to do so, but it would be great to have that support extended to us,” she said in an interview.

Conover said illness-related shutdowns would last longer if staff came to work sick and infect others, noting that workers aren’t able to function as well on the job when ill. Offering paid sick days also helps retain employees, she said.

“From my perspective, obviously, it’s a moral issue, I just think it’s a smart idea to treat people like humans,’ she said. ”But it also makes good business sense.“

– with files from Paola Loriggio.