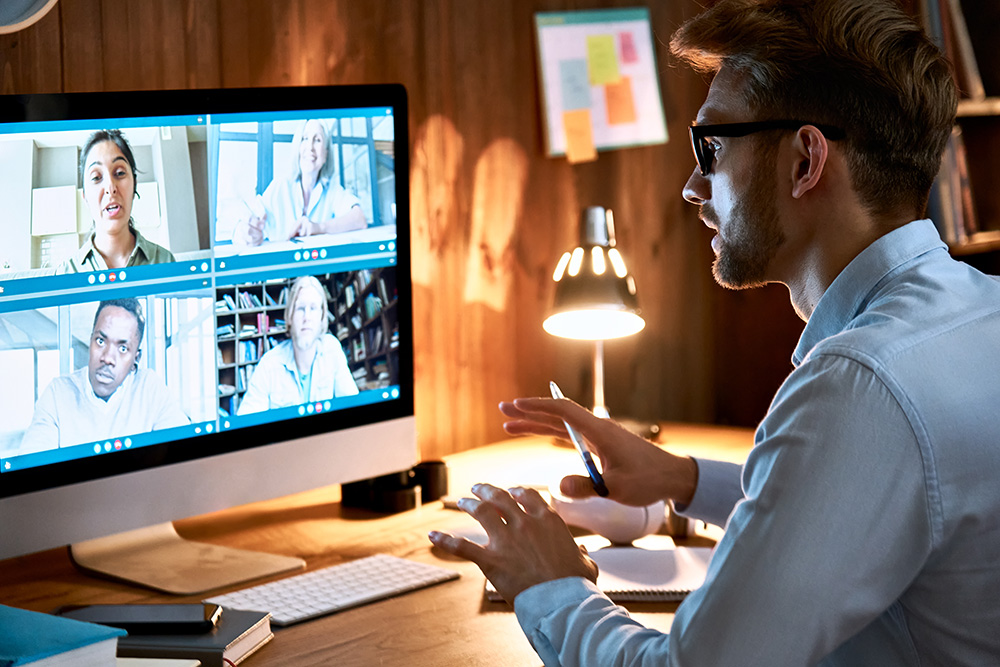 Working remotely has fast become a perk that employees look for in companies. (insta_photos/Adobe Stock)

TORONTO — Many Ontario workers could get the right to disconnect outside of work hours under legislation introduced Monday by the provincial government.

Labour Minister Monte McNaughton said he doesn’t want Ontario to become a place where people burn out from endless work, and where family time comes last.

“This is an issue that’s been really highlighted because of the pandemic,” McNaughton said. “The lines between family time and work time have been blurred. I think all of us have faced challenges over the last couple of years.”

The legislation would require employers with 25 or more employees to develop disconnecting-from-work policies, which could include expectations about response time for emails and encouraging employees to turn on out-of-office notifications when they are not working. It would be the first law of its kind in Canada, the government said.

The omnibus legislation proposes a host of other labour-friendly policies, including a ban on non-compete agreements, making it easier for immigrants to get licensed to work in professions that match their area of expertise, requiring temporary help agencies to be licensed, and requiring businesses to let delivery drivers use their washrooms.

Ontario’s opposition parties applauded the principles behind the bill, but some expressed skepticism at the Progressive Conservative push to be on the side of workers.

“(This is) a party that’s done so much damage to working people, by cancelling minimum wage increases, taking away paid sick days for them, not acting rapidly enough during the second and third waves of the pandemic to bring in legislation to support front-line workers,” said Green party Leader Mike Schreiner.

“I think actions speak louder than words and I think working people in Ontario will see through the government’s belated actions.”

Premier Doug Ford cancelled a scheduled increase to a $15 minimum wage enacted in legislation from the previous Liberal government, which had also guaranteed workers 10 days of personal emergency days, including two paid.

Those days were replaced with three sick days, three family responsibility days, and two bereavement days, none paid. During the pandemic, the Tories introduced a temporary program of three paid sick days.

NDP deputy leader Sara Singh said the proposals McNaughton has announced at various press conferences are ideas her party supports, but she is concerned about what the details of the bill will say, considering the source.

“These are values of New Democrats and something we’ll continue to fight for, but let’s not forget, this is a government that cut the minimum wage, has taken away people’s paid sick days, and hasn’t been worker friendly,” she said.

Liberal Leader Steven Del Duca said he’s looking forward to reading the details of the bill, but he called it encouraging that the government has at least been talking lately about being more supportive of workers.

“I want to say on balance, even though it’s late, even though I know a lot of Ontarians don’t think it’s necessarily genuine, if it’s going to produce a positive outcome for workers and their families it deserves support,” he said. “It has merit.”

The legislation is aimed at creating conditions that will help build a talented workforce in the province, McNaughton said.

“The future of work is here now,” he said. “These changes to ban non-compete contracts and to ensure that there’s a right to disconnect will help every single worker, but also will help companies attract talent and retain talent.”