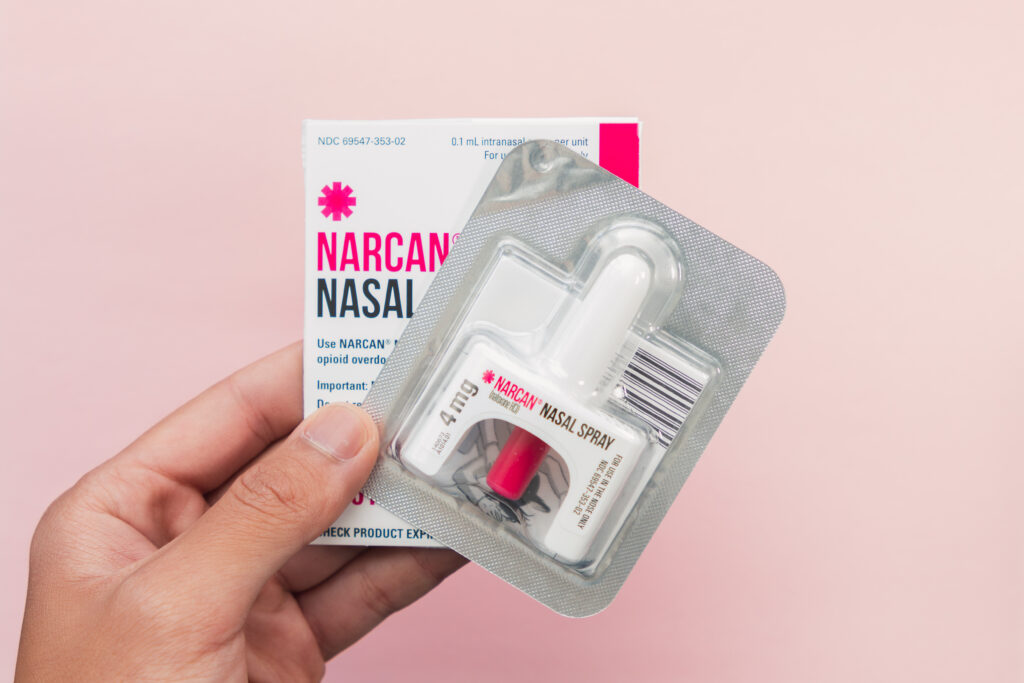 Ontario is offering employers free naloxone kits, and the training for workers to use them, in an effort to combat opioid overdoses.

In 2021, 2,819 people died from opioid-related causes in Ontario — the highest number on record and up from 366 in 2003, the province said. Naloxone is a life-saving medication that can temporarily reverse an opioid overdose, restore breathing within two to five minutes, and allow time for medical help to arrive.

“I know only a small minority of opioid related deaths occur in workplaces, but I’ll be damned if we don’t do our part in helping save lives,” said Monte McNaughton, Minister of Labour, Immigration, Training and Skills Development.

“We’re past the point of talking. We need all hands on deck to end the stigma surrounding opioid overdoses and dependency so we can save lives,” he said at a downtown Toronto bar.

Ontario, like the rest of Canada, is in the middle of an opioid epidemic made worse by a toxic supply of recreational street drugs, he said.

Mandatory by June 1 for high-risk workplaces

McNaughton said the province is requiring naloxone kits to be accessible in at-risk workplaces by June 1, 2023. The move will help “raise awareness for those struggling with addition, reduce stigma and save lives,” he said.

Of the workers who died from opioid-related causes last year, 30 per cent were employed in construction – by far the most impacted industry.

Bars and nightclubs have also seen increased opioid usage and accidental overdoses, often because of recreational drugs laced with deadly opioids such as fentanyl and carfentanil.

High-risk workplaces also includes employers who become aware, or ought reasonably to be aware, that there may be a risk of opioid overdoses in their workplace. That includes, for example, if a worker discloses an opioid use issue, if needles or other opioid paraphernalia are found at the workplace or any information that would lead them to “reasonably conclude there is a risk of overdose in the workplace,” the province said.

Employers must have naloxone and training if they become aware that a worker could overdose on opioids, that they could overdose while on the job, and that the risk is posed by a worker of the employer. If only one of those scenarios applies, the employer is not required to comply.

“Our new Workplace Naloxone Program, as part of our Narcotic Transition Services, will save lives,” said Michael Tibollo, Associate Minister of Mental Health and Addictions. “Everyone in Ontario deserves access to these kits, and this innovative program will bring a new level of safety to our province’s workplaces.”

Free supplies, training for up to two years

For up to two years, Ontario will provide free nasal spray naloxone kits to businesses at risk of opioid overdoses through the Workplace Naloxone Program and free training needed to equip staff with the tools to respond to an opioid overdose.

Businesses can determine if they are eligible for the program and find additional information on accessing naloxone kits and training at Ontario.ca/workplacenaloxone. Once the requirement is in effect, Ministry of Labour, Immigration, Training and Skills Development’s inspectors will take an education-first approach to enforcement.

“I should know, it saved my life and has saves the lives of people close to me,” said Rosen.

“I won a gold medal as the goalie for Team Canada’s national sledge hockey team at the 2006 Paralympic Games in Torino and live in addiction recovery from decades of legal prescriptions to opioids from injuries at the highest level of international competition.”

Hanif Harji, the CEO of Scale Hospitality, said they are committed to “supporting employers with the costs associated with training and kits and supporting workers with access to high-quality training that will equip them to safely respond to an opioid overdose.”

The province said its naloxone program is the first of its kind by any government in North America. For more information, visit Ontario.ca/workplacenaloxone.

with files from the Canadian Press