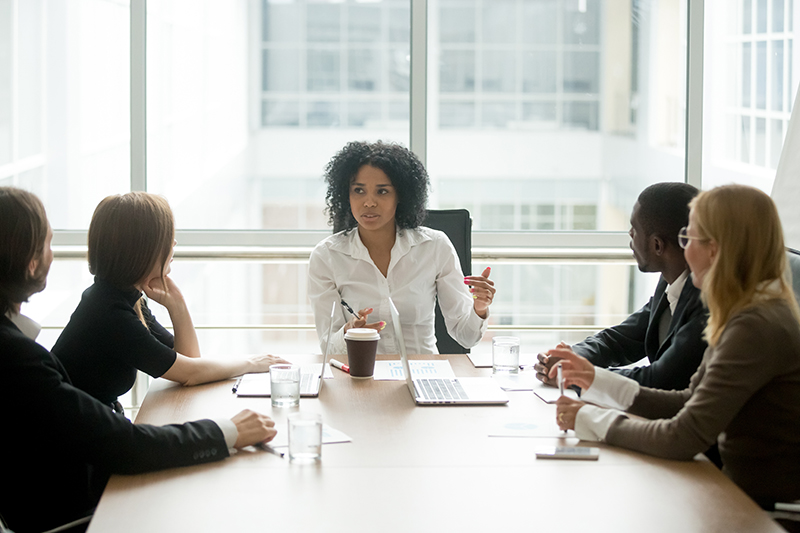 Pay packages for the women who run S&P 500 companies jumped in 2021 as the economy recovered and stock prices and profits soared.

Median pay for the women occupying the corner office rose to nearly $16 million, according to the annual survey done by Equilar for The Associated Press. Still, experts say there’s much more to be done to improve gender diversity in the corporate ranks and close the pay gap between men and women.

Jane Stevenson, vice chair, Board & CEO Services at organizational consulting firm Korn Ferry said while it is good that women CEOs’ pay rose, there is still a lot to be done. “I think the danger is to look at those cases of CEOs making more their peers and see a message about the pay gap being closed – it’s not,”she said.

Of the 340 CEOs in the latest survey of S&P 500 companies, 18 were women, up from 16 in 2020. Profits for S&P 500 companies rose roughly 50 per cent and the index gained about 27 per cent. Because the bulk of a CEOs’ compensation is tied to such performance, their pay packages ballooned after years of mostly moderating growth.

The few women who are CEOs of the largest U.S. companies typically make more money than their male counterparts. But last year they weren’t close to the top of the leaderboard for pay packages. Last year, the top earning CEO was Peter Kern of Expedia Group, who received a pay package valued at $296.2 million.

Lisa Su of Advanced Micro Devices was the highest paid woman CEO for the third year in a row, but her compensation valued at $29.5 million ranked just 22nd in the survey. Su’s pay rose 9 per cent from last year. That was partly due to stock and stock options awards, which totaled $25.1 million as AMD’s stock surged 57 per cent. Her base salary was about $1.1 million.

Just behind her was Mary Barra, the CEO of automaker General Motors, whose pay jumped 25 per cent to $29.1 million, including a base salary of $2.1 million and stock and stock options awards worth $18.5 million.

Jayshree Ullal, CEO of cloud computing company Arista Networks, saw the biggest jump in salary. Her pay more than doubled to $16 million, mostly due to stock awards valued at $15.4 million. Arista’s stock doubled in 2021 on strong demand for its cloud computing products.

The number of racially diverse CEOs is gradually increasing too. According to a survey of companies in the S&P 500 and Fortune 500 by executive recruitment firm Crist Kolder, six had Black CEOs in 2021, 40 had Asian American CEOs, and 20 had Latinx/Hispanic executives leading them.

The Equilar survey includes only CEOs who have served at least two full fiscal years at their companies, in order to avoid the distortions of big sign-on bonuses. The companies must have filed proxy statements between Jan. 1 and April 30.

The criteria left out some women named to the top job in the past two years. Not included are CEOs such as Roz Brewer at Walgreens Boots Alliance, Jane Fraser at Citigroup, Linda Rendle at Clorox, Judith Marks at Otis Worldwide and Reshma Kewalramani at Vertex Pharmaceuticals.

If the ranks of women CEOs are to grow, there needs to be a better pipeline to promote women leaders, said Korn Ferry’s Stevenson.

“Pay tells a story. We have more stories of some women getting ahead,”said Stevenson. “It’s great, but it does not a system make. What we do not have is a systemic path forward for women, generally speaking, in a sustainable way, to be on the path to top roles and top pay.’’

Alison Cook, a professor of management at Utah State University who researches gender and diversity in the workplace, said there’s been a recent push to get more women on boards, rather than in top C-suite roles. That might help in the long run, she said.

“Hopefully the push into the board of directors translates into more women getting to the C-suite pipeline and available to be CEOs,”she said.