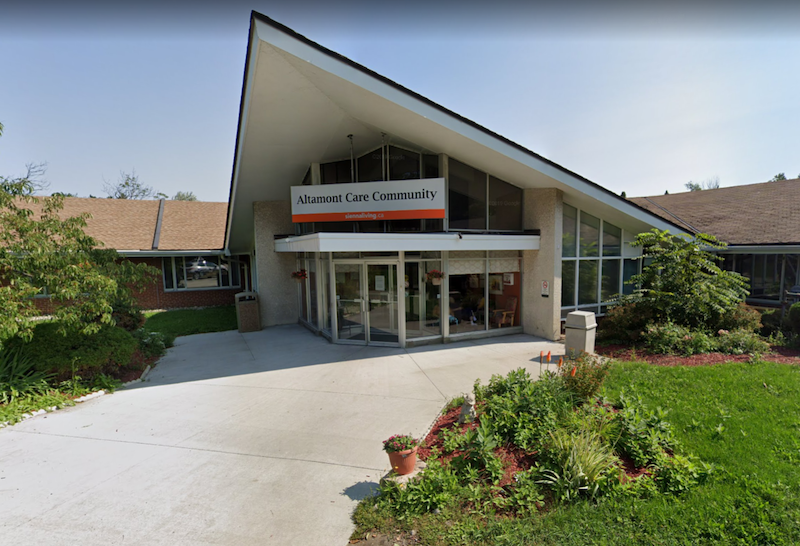 A personal support worker at a Toronto long-term care home has died of COVID-19, her union said Friday, as Ontario reported 564 new cases and 55 new deaths.

“The tragic death of our union sister is a reminder of the very real dangers that front-line health-care workers face in the selfless delivery of care for Ontario families,” Stewart said in a statement.

“We have heard from her colleagues who described her as a gentle, caring and dedicated personal support worker. She will be missed and remembered.”

The woman worked at Sienna Altamont Care Community in east Toronto. Sienna Senior Living said in a statement that the woman will be missed by all of her colleagues and the residents.

There are COVID-19 outbreaks reported at 106 long-term care homes in Ontario, with at least 1,229 residents and 621 staff members infected, and at least 216 resident deaths.

Ontario has issued an emergency order — to take effect next week — preventing long-term care staff from working at multiple homes. The province has acknowledged that some outbreaks in those facilities were the result of staff who work in two or three homes inadvertently transferring the virus.

Health-care unions have long been calling for such a measure, saying staff often work at multiple facilities because they’re unable to get full-time positions at one home.

Long-Term Care Minister Merrilee Fullerton has said the order is an interim solution, and Ontario will work with the federal government to address wages for those workers.

Friday’s new cases represented the largest single-day increase the province has seen since the pandemic began, though the growth rate is still holding steady at around six per cent.

The number of COVID-19 patients in hospital grew from 807 to 829, but the numbers of people in intensive care and on ventilators remained steady.

Ontario announced Friday that ambulance services will now be able to hire college students who haven’t yet graduated.

The move is meant to ensure adequate staffing of parademics and emergency medical attendants, but the province says the students will provide services appropriate to their level of competence.