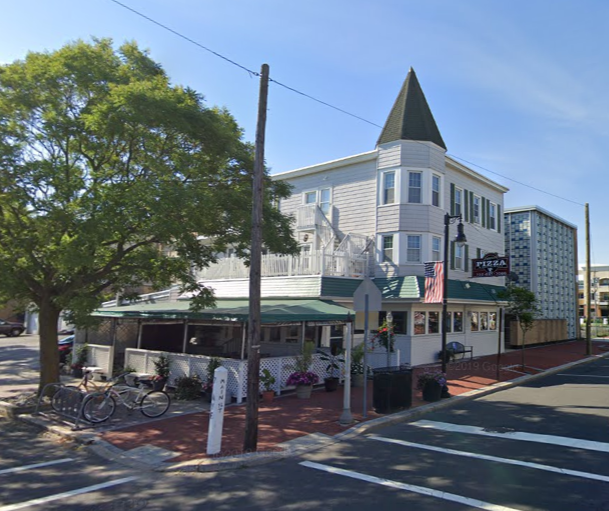 This is a story about bosses and their workers, in the dark days of COVID-19. It’s also a story about how one good turn deserves another and yet another.

And this being New Jersey, it’s also a story about pizza.

Bryan Morin and his brother Michael operate Federico’s Pizza in Belmar — a Jersey Shore town. In the summer, they deliver cheese steak pizzas and 12-inch subs and garlic knots directly to the beach, a few blocks away. In winter, customers flock to the cozy, black-and-white tiled restaurant on Main Street.

But across the ocean, trouble brewed. Bryan Morin tossed and turned all night after watching news reports of how a virus spread rapidly in Italy, eventually bringing life to a virtual standstill and leading to massive layoffs as businesses closed down.

He could not let this happen at Federico’s.

Many of his employees have been with the business for a decade or more; the head cook has been there for 22 years, since the business was owned by Bryan and Michael’s father.

“I’m the provider for my employees; I supply their salary, and if they don’t have a salary, they won’t be able to afford their rent, their credit card bills, their insurance, their gas,” he said.

He decided to “do the right thing and take the hit, and I’ll make it up somewhere down the line.”

So about two weeks ago, he secured a $50,000 line of credit from his bank. He promised his workers they’d have a job for at least the next two months, come what may. He’d reassess conditions after that, but he’d do everything possible to keep the paychecks flowing.

As word of the brothers’ pledge got around, the community rallied round. Customers began helping out: an extra $10 on top of the usual 20 per cent tip, a few bucks earmarked for the kitchen staff.

But then, something unexpected happened — a surge of pay-it-forward donations.

People — some who were ordering food, some who just wanted to help — called and asked the pizzeria to charge their credit cards for food to be sent to those on the front lines of the virus response: Doctors, nurses and other staff at a nearby hospital, police, firefighters and EMS squads.

In just two days last week, Federico’s took in nearly $4,000 to make and deliver pizzas to first responders. Moments before Bryan Morin was interviewed last week, the pizzeria sent 30 free pizzas to Jersey Shore Medical Center, a vital battleground in the fight against COVID-19 in a state that has the second-most cases in the nation.

All because the boss cared.

“This is such a scary time, and so many people are getting laid off,” said Kirsten Phillips, who works the counter. “It was so unexpected what he did, but maybe it shouldn’t have been, because he always took care of us. This is really the best job I’ve ever had.”