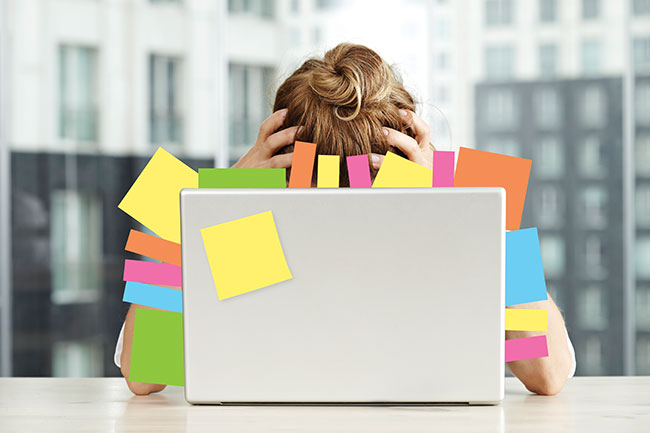 OTTAWA — A new study suggests Canadians, especially women, will face a potentially explosive increase in mental illness for years after the COVID-19 pandemic is finally over.

Over the long term, the Deloitte study estimates that visits to emergency rooms for stress and anxiety-related disorders will increase one to three per cent from pre-pandemic rates.

Moreover, the study estimates that 6.3 million to 10.7 million Canadians will visit a doctor for mental health issues — a whopping 54 to 163 per cent increase over pre-pandemic levels.

The consulting firm says governments should be funding mental health services, providers should be getting ready for the demand and insurance companies should look at revising coverage options.

The estimates are based on an analysis of what transpired in the years following the Fort McMurray wildfire in 2016, which forced the evacuation of 88,000 people and destroyed more than 2,400 homes in Alberta.

It’s also based on an analysis of the long-term impact on Canadians of the “great recession” of 2008-09, a global economic crash that was nowhere near as deep or as long-lasting as the expected impact of the COVID-19 crisis.

‘Human crisis’ could be lengthy

The country is still gripped by the pandemic-induced health crisis and the resulting economic crisis but the study warns that “a third-order crisis” is simmering.

“This is a human crisis. Our previous research on the impact of natural disasters on humans shows that once the public health and economic crises have subsided, the human crisis will endure for months, if not years,” Deloitte says.

The human crisis includes poorer educational outcomes, increased substance abuse and crime, as well as a hike in the incidence of mental illness. The study focuses strictly on mental health because there was not enough data available to analyze the other social impacts, said co-author Matt Laberge, Deloitte’s senior economic advisory manager.

“We did expect obviously some human impacts from COVID-19, especially around mental health,” Laberge said in an interview.

“But the sheer magnitude of them were pretty surprising to us.”

Laberge said the statistics from Fort McMurray suggest that the mental health impact will linger for years. Visits to mental health professionals and prescriptions for antidepressants shot up in the months following the May 2016 wildfire “and as of the most recent data of late 2018, there’s no sign of coming back to the pre-disaster normal.”

The message, Laberge said, is that once the pandemic-induced health and economic crises subside, “the third crisis of human impacts will still be with us for quite some time and people will need help.”

He noted that factors the study did not analyze — such as the disruption in education opportunities and potential increase in substance abuse — could have a lifelong impact on some Canadians.

Particularly “heartbreaking” is the impact on women, he said.

Whereas the 2008-09 recession hit the goods-producing sector hardest, resulting in mostly men being thrown out of work, the COVID-19 pandemic has hit the retail and services sectors hardest, with women bearing the brunt of job losses.

The study says women — who were already disproportionately represented among low-income Canadians, especially single mothers — account for 68 per cent of the jobs lost due to the pandemic.

“Women are the epicentre of the human impact of COVID-19,” the study concludes.

The study urges governments to mobilize school and daycare networks to identify people who need mental-health support and to direct them to available resources. It also urges mental health professionals to prepare their facilities to handle an influx of patients.