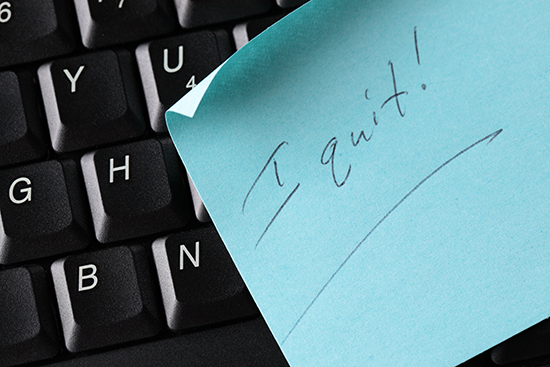 Conversations about so-called quiet quitting are everywhere these days, and one expert says it’s a “profound opportunity” for Canadian companies to both get it right with employees and improve the work landscape for the future.

Melissa Nightingale, co-founder of management training firm Raw Signal Group, says smart organizations will take this moment to try to understand current workforce dynamics and to meet people where they are.

Though definitions vary, quiet quitting essentially refers to clocking in when you’re expected to, doing your assigned tasks, leaving on time and not taking on extra work outside your regular hours.

It’s not about slacking off on the job, but rather setting boundaries and preventing burnout, and not taking on additional work for which the employee isn’t being paid.

In a tight job market, attraction and retention of talent take on increased importance since workers has more options. Job vacancies are at a high, having climbed 3.2 per cent in June from a month earlier as employers were looking to fill more than one million positions for a third consecutive month.

Nightingale says employers need to be upfront about expectations from the start while making sure their employees are engaged, feel motivated about their work and have balance.

“You don’t want to be in a situation where you walk in every day and your boss has something else in mind but doesn’t tell you what it is. It’s not a good vibe,” she says.

Ensuring employees have a clear sense of what success looks like in their roles is also important, she explains.

Most employees understand that the nature of the working world means sometimes unexpected tasks come up, or an important deadline means a project that was supposed to be completed earlier in the day ends up going into the night.

The problem is when those exceptions become an everyday thing that the employer didn’t clearly outline during the hiring process, or when an issue such as being perpetually understaffed was never brought up early on.

“You then have a job that is structured for burnout,” Nightingale says.

Instances of burnout are on the rise across sectors, especially in health care and education, and it is driving workers out of these jobs.

Another part of the equation pushing workers toward quiet quitting is the wage component. While wages have been rising, they haven’t been keeping up with the pace of inflation.

The average hourly wages of employees was up 5.2 per cent on a year-over-year basis in July, matching the pace of wage growth recorded in June, but that was still short of the inflation rate.

An additional variable in the current job market is the wave of layoffs in certain sectors like tech, cannabis and even the auto industry.

Andrea Bartlett, director of people operations at HR software solutions company Humi says this will add pressure to those employees remaining, potentially pushing some to burn out.

“I really wonder if those organizations have put time and focus into what kind recognition and rewards they’re allocating to the people who are left, who have the same workload and now significantly less resources,” she says.

She adds that ‘quiet quitting’ puts the onus on the employee rather than the employer to get the ball rolling on ways to improve the work environment.

“If employers are paying attention to their employees, the hope is that this changes the conversation for the better,” she says.

Raw Signal’s Nightingale says the last two years have been “such a push-pull” in terms of who has the power to reframe what work is, adding that many employees don’t want to return to pre-pandemic norms.

“The pulse of what they’re trying to say isn’t that they don’t want to work, it’s, ‘We don’t want to work in the same way we’ve always worked, and we’re looking for something a little bit different,”’ she says.