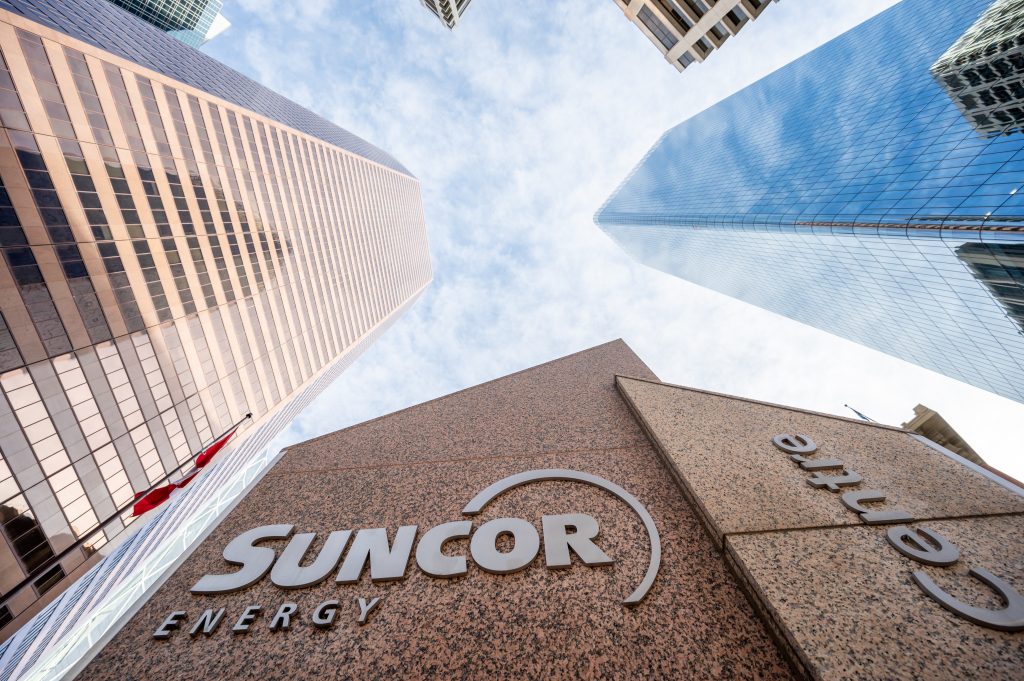 When Alyssa Grocutt’s father died, the funeral home engraved his fingerprints onto a necklace for her to keep as a memento.

Thirteen years later, Alyssa still wears the necklace daily. It’s the only physical object she now carries with her to remind her of her dad, but in 2008 — in the immediate aftermath of his death at an oilsands site in northern Alberta — her grief was so raw that she clung to anything he had once touched or used.

“There was one screwdriver he had that for the longest time I slept with. I slept in hisT-shirts,” says Alyssa, who was 11 years old at the time.

Kevin Grocutt was 40 years old and had been working for 10 months as a heavy duty mechanic contracted to Suncor Energy Inc. when the broken-down haul truck he was trying to fix rolled, catching him under the tire.

Alyssa was at homewith her mother, who was preparing dinner, when a police officer knocked on the door.

“It certainly made me grow up faster than a lot of my peers,” Alyssa says. “It was very challenging.”

Kevin Grocutt was one of 1,035 people in Canada who died of work-related causes in 2008, according to statistics from the Association of Workers’ Compensation Boards of Canada.

Since then, 945 people, on average, have died from workplace injuries or illnesses every year in this country, according to the same source.Though the exact number fluctuates up and down slightly, it has not declined in any meaningful way over the years despite Canada having some of the most stringent occupational health and safety laws in the developed world, according to some experts. It’s also in spite of ever-increasing awareness campaigns, improved technology and corporate protocols.

“I often hear people say, `Oh, with new technologies, we must be seeing these numbers go down.’ But we’re not,” says Alyssa, who is now a PhD candidate at Queen’s University in Kingston, Ont., where she researches the impact workplace injuries and fatalities have on the victim’s family, colleagues, and supervisors.

“When we look at it over time, we’re seeing these numbers either stable or increasing.”

In recent months, a high-profile string of workplace deaths at Suncor, and the resulting criticism of the company by well-known U.S.-based activist investor Elliott Investment Management, has thrust the issue of workplace safety back into the spotlight.

Since 2014 alone, the Calgary-based company has had at least 12 fatalities at its oilsands facilities in northern Alberta, more than all of its industry peers combined. Former CEO Mark Little pledged earlier this year to address the problem, and the company carried out an independent safety review. Yet in spite of these efforts, in July, another Suncor contract worker died on the job. The company announced Little’s resignation the next day.

Kris Sims, who has been named interim CEO until a permanent replacement is found, told analysts last month that the company already knows what it must do to improve its safety performance and now must “execute.” He didn’t provide details, but the company is set to hold an investor presentation this fall to update the financial community on its plans.

“Suncor, a large company, is continually looking at quality control and improvement and yet there continues to be tragedies,” says Shirley Hickman, founder and executive director of Threads of Life, a non-profit organization that aims to support families affected by workplace fatalities, injuries and occupational diseases.

“So what happens to the small employer who doesn’t have the same resources as a Suncor? There’s more and more promotion around workplace safety, so what is that puzzle piece that we’re missing?”

Shortcuts on the job

Hickman — whose own son Tim was about to turn 21 and was working part-time for the City of London, Ont. in March of 1996 when he was fatally injured in an arena explosion — said she believes many organizations are still struggling with embedding safety in the workplace culture. They may have all the proper rules and procedures down on paper, but shortcuts are still being taken on the job.

“If a worker sees something that they feel is unsafe, they have to feel free to bring that to their supervisor,” Hickman said, adding she believes many workers are still reluctant to be the “squeaky wheel.”

“And if they’re not being heard, they have to have the confidence to step aside — or, if necessary, leave their job. But that is hard to do.”

Wynny Sillito of Calgary says she wishes more people were aware of the ripple effects of workplace accidents and injuries. In 2011, she was a 23-year-old paramedic, part of a team who responded to reports of an accidental chemical release at an oil and gas site near Grande Prairie, Alta. While attempting to assist the worker who had been injured, Sillito herself was exposed and suffered chemical burns all over her upper body.

She recovered from her injuries, but Sillito’s mental and emotional journey was gruelling. She was diagnosed with post-traumatic stress disorder, which she still deals with to this day.

“You don’t have to be the one who loses a limb or loses a piece of themselves to have your life forever changed,” Sillito said.

Because she herself was injured on an oil and gas site, Sillito said she’s found the headlines about Suncor and its string of tragedies “devastating.”

“Oil and gas is this big, broad industry and so many people are connected to it in some way,” she said.

“Every time there’s a fatality, it doesn’t matter what caused it — anyone who loves someone who works in oil and gas will end up feeling that stress.”

That’s certainly true for Alyssa Grocutt. Every time a workplace death makes the news, she flashes back to that day in 2008 that changed her life forever.

“It’s hard hearing of another fatality, especially when it’s in a similar location to where my dad was. Some are even in similar situations,” she said. “Always, I think about the families that are left behind and also the co-workers who had to witness it.”