Features Diversity & Inclusion
Religion: The next frontier in workplace diversity and inclusion 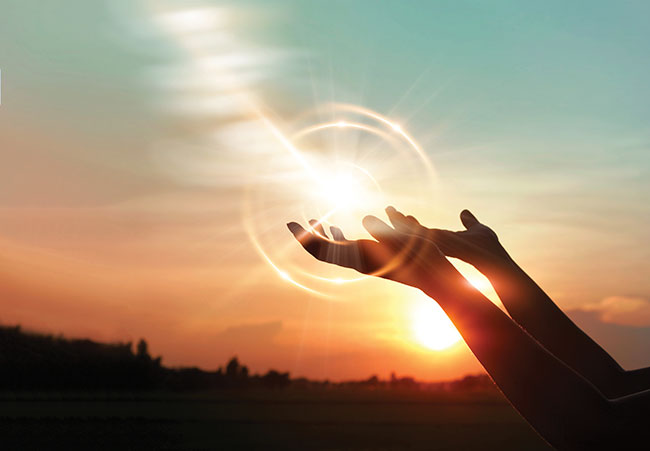 A growing trend south of the border has thrust religion back into the HR spotlight.

Faith-based employee groups are gaining steam in the United States, according to Brian Grim, founder and president of the Religious Freedom and Business Foundation in Annapolis, Maryland.

While companies such as American Express and American Airlines have been supporting these groups for 20 years, fresh support from Google, Facebook and Walmart have boosted the popularity of the workplace faith groups, he says.

“There is — just in recent years — an acceleration of that trend among companies such as Walmart, who now have started their own interfaith employee group,” says Grim. “Others like Salesforce started less than three years ago and it’s now their fastest-growing employee group.”

Largely driven by worker demand, employee faith-based groups have a positive effect on recruitment and retention, as it encourages staff to bring their whole selves to work, he says.

But the trend hasn’t yet borne fruit north of the border, says Grim.

“In the U.S., there’s more religious involvement of the population, so there’s a wider space for diversity on this issue.”

For now, faith-based employee groups have not yet been popularized in Canada, says Brian Dijkema, vice-president of external affairs for Cardus, a faith-based think tank in Hamilton, Ont.

While religious freedom is regarded as a human right, workplaces are most likely to simply enforce a basic tolerance.

“There is a general consensus that religious freedom is a good thing and that in the workplace, you do want to respect and promote it,” he says.

That is no longer true in Quebec, however, where Bill 21 — preventing some public-sector workers from wearing religious symbols — is essentially state-backed workplace discrimination, says Dijkema.

But rather than simply tolerate, organizations would be wise to provide a work environment where staff can fully live out their religious beliefs, he says.

HR departments who allow workers time and space to meditate or pray are on the right track, moving past accommodation towards encouragement.

“Diversity is very nice if it you can do it without changing anything about yourself or your company — sort of a nice thing that you put on your posters,” says Dijkema.

True diversity is about affirming and engaging, he says.

Religion is often overlooked in the workplace with many refraining from talking faith or politics, says Michael Bach, CEO of the Canadian Centre for Diversity and Inclusion in Toronto.

“We’ve spent a lot of time carefully not talking about religion at work,” he says.

“We’ve spent a lot of time, as employers, trying to avoid the conversation around religion out of fear that we would inevitably alienate somebody. Inevitably, I think what we’ve done is alienated everybody.”

At present, most Canadian employee groups are centred around women and minority groups, but religious groups are worth pursuing, says Bach.

“Just as employers want to be seen as great places to work for women, or for people of colour, for Indigenous people, why not be an employer of choice for people from different religions?”

The promotion of deep religious difference in the workplace — if handled properly — will lead to a healthier workplace, says Dijkema.

Encouraging the establishment of faith-based employee groups could also be a difference maker in terms of recruitment and retention measures, he says.

“It’s actually taking diversity and inclusion seriously, instead of it just being skin deep — that’s the key,” says Dijkema.

“What ends up happening is that people realize that businesses that take this seriously are actually being good corporate citizens. They’re recognizing that their customer base, their employee base brings a host of different perspectives into the way they live and follow that up.”

For faith-based employee groups to work appropriately, HR and CEOs should consider them an asset rather than a burden, says Grim.

Additionally, these groups should be grassroots initiatives that fit with company culture, he says.

“It needs to be done in a well-planned way — one that involves the bottom-up and not top-down,” says Grim. “There are cases where CEOs will think, ‘Oh, this is a great idea. I’m going to start one.’ And then it flops because there was not buy-in from the employees — people weren’t sure what it was.”

“In my experience, it’s more that the employees — particularly those from different faith groups and religions — that feel like they’re being left out of the diversity and inclusion conversation,” he says.

“A very small percentage of employers have them. It is something that, for whatever reason, either employers have not encouraged it, or people just haven’t stuck up their hand and said, ‘I want this.’”

With thousands of known religions across the globe, employers shouldn’t be afraid to broach the subject, says Bach.

“We just want to create space where people can be themselves and not hide something,” he says. “Do it right. Make sure that your code of conduct as an example includes that no one’s allowed to proselytize, so there’s no grey area. Then embrace it, celebrate it.”

Employee faith-based groups should be slanted more towards community than proselytizing, says Bach.

It’s more about moving towards inclusivity — such as moving away from lunch meetings during Ramadan to respect Muslims who may be fasting, he says.

According to Dijkema, while ensuring workers are protected from the potential of harassment, blanket anti-proselytization policies should be avoided in favour of respecting religious diversity.

“People do worry about proselytization — I know this comes up routinely,” he says. “There does need to be certain limits on the extent to which, if a person requests you not to talk about it, that you have to respect that and I think that’s where it comes in to play.”

“But the reality is, if you believe something to be true, trying to persuade somebody else that it’s also true — I don’t see how that harms anyone,” says Dijkema. “To what extent does that differ from trying to persuade anybody else about any other particular point of view, including whether you like the Toronto Maple Leafs or not?”

“I’m dead serious about that,” he says. “You should allow the workplace to find its own place in that regard.”