Features Working Remotely
Remote work: Employers are taking over our living spaces and passing on costs 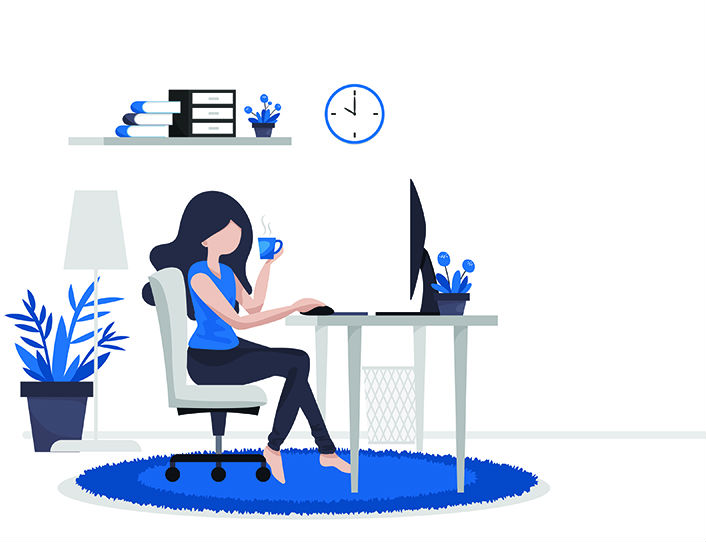 Demand for online hiring services, which interview job applicants remotely via laptop or phone, mushroomed during the COVID-19 pandemic and remains high amid a perceived worker shortage as the economy opens back up. (NiiNew/Adobe Stock)

As many office workers adapt to remote work, cities may undergo fundamental change if offices remain under-utilized. Who will benefit if working from home becomes the post-pandemic norm?

Employers argue they make considerable savings on real estate when workers shift from office to home work. However, these savings result from passing costs on to workers.

Unless employees are fully compensated, this could become a variant of what urban theorist Andy Merrifield calls parasitic capitalism, whereby corporate profits increasingly rely on extracting value from the public — and now personal — realm, rather than on generating new value.

The allure of remote work to employers

After three months of remote work, some companies are moving towards permanent home-based work: Shopify, for instance, has announced that its employees will continue to work from home after the pandemic.

Indeed, pre-coronavirus estimates suggest savings (for the employer) of about US$10,000 per year for each employee who works from home.

Though employers are backed by a chorus of remote work proselytizers, others note the loneliness, reduced productivity and inefficiencies of prolonged remote work.

Whatever the personal and productivity impacts of remote work, the savings of US$10,000 per year are the employer’s. In effect, this represents an offloading of costs onto employees — a new type of enclosure.

If working from home becomes permanent, employees will have to dedicate part of their private space to work. This requires purchasing desks, ergonomic chairs and office equipment.

It also means having private space dedicated to work: the space must be heated, cleaned, maintained and paid for. Permanent remote work cannot take place at the corner of a kitchen table peering into a laptop while perched on a stool.

How much will this cost employees?

That depends on many things, but for purposes of illustration, I have run some estimates for Montreal. The exercise is simple but important, since it brings these costs out of the realm of speculation into the realm of meaningful discussion.

Rental costs in Montreal and Westmount

Taking as a starting point 2019 rental values published by Canada’s Mortgage and Housing Corp., I estimate what it would cost to rent an apartment with one extra room in the city of Montreal and in its upmarket suburb, Westmount. Here’s the data:

The CMHC does not report rental values for three-bedroom apartments; it only reports the average rental value for apartments of three bedrooms and more.

The extra costs (and savings) an employee would incur working from home, and adding an extra room for work purposes, are presented below.

Transportation savings are modest — half the value of a monthly pass, because it’s assumed employees will still need to move around the city for some work purposes even while working from home.

I made some assumptions here of a monthly cleaning service at $100 a month, $50 to $65 a month in extra utilities, the aforementioned public transit savings of 50 per cent of a monthly pass, and $1,000 a year in office and other equipment.

Given the costs presented in the above graph, in order to fully compensate employees for setting up and maintaining office space at home, the employer would need to raise employees’ pay by between $5,871 and $16,285.

The lower number corresponds to a move from a one- to two-bedroom apartment in Montreal for an employee earning $50,000 — in other words, a net of $3,493 when taking into account the higher apartment rent.

The higher number corresponds to the same move in Westmount for an employee earning $150,000, or a $7,369 net. An alternative would be for the employer to cover the total costs directly as expenses, and the employee could require a lower increase in income if they obtain some tax rebates for expenses related to their jobs.

These rough calculations show that the savings made by employers when their staff works from home are of similar magnitude to the compensation workers should receive for setting up offices at home.

What does this mean for offices in cities?

One of two things may happen:

If savings are modest, then the many advantages of working in offices — such as conviviality, rapidity of communication, team-building and acclimatization of new employees — will encourage employers to shelve the idea of remote work and, like Yahoo in 2013, encourage employees to work (most of the time) from corporate office space.

Richard Shearmur is a professor at the McGill School of Urban Planning at McGill University in Montreal. This article is republished from The Conversation under a Creative Commons license. Disclosure information is available on the original site.