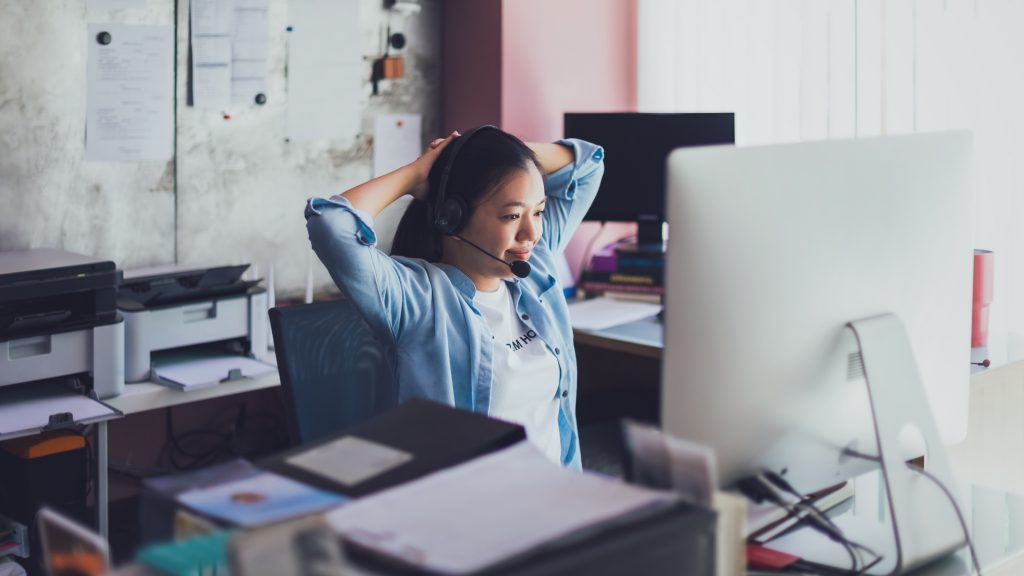 Finding a new contract after finishing a video editing project used to be a hassle for Heather Bergstrom. But after the mass transition of remote working opened up opportunities across North America, she now struggles with deciding which contracts to turn down.

Bergstrom, a contract video and online editor with Vice Media, said she used to work out of the company’s Toronto office but now works from her home in the Niagara Region.

The company has upped video production in its Los Angeles and New York offices, and Bergstrom was able to pick up contracts for U.S. productions while working remotely in Canada.

“I don’t think it was a route I would’ve ever really gone down myself, I wasn’t looking to live in the States ever, but being able to work out of the States from home is great,” said Bergstrom, who said the position would have been based in the U.S. before the pandemic.

“There’s definitely a lot more happening in L.A. than in Toronto and a lot of bigger opportunities, so I definitely see it as a big career step.”

She said companies are willing to ship hard drives and computers, pay for software and upgrade her internet to facilitate remote working.

It’s a trend that’s not limited to the media industry.

A survey of more than 600 senior managers in September by Robert Half, one of Canada’s largest recruitment agencies, found that 44 per cent had hired a temporary or full-time remote worker since the pandemic started.

Fifty-five per cent said they expanded their search geographically to access a wider talent pool, a practice that only 21 per cent of managers did before the pandemic.

Mike Shekhtman, a regional vice president with Robert Half Canada for the country’s western provinces, said companies in smaller markets like Winnipeg now have an easier time attracting potential workers to work remotely from bigger cities like Toronto or Montreal.

Shekhtman said the company was just recently able to help a credit union in Western Canada secure a consultant to work remotely from Toronto, where there’s a much bigger pool of financial specialists.

“There’s a lot of positions where (employers) have found that people are really productive at home,” said Shekhtman.

“Once they realized this was the case they said … why not remove some of the geographical barriers that were put in place because we only looked in our own communities to fill positions.”

He said the change has also opened opportunities for workers who want to work with new companies in a new part of the country, but are unsure whether it’d be the right fit. Shekhtman said workers can now test the waters by working remotely for the company first.

“The pandemic has removed that barrier in managers thinking, “’OK I need that person to be in Winnipeg tomorrow,’” during the hiring process, said Shekhtman.

“In reality we have the technology, tools and resources to have people be successful working in other provinces.”

He says it’s too early to tell how much of a permanent impact the pandemic will have on remote hiring from across continents, but Shekhtman says “the pendulum is not going to swing all the way back to where we were.”

In the meantime, Robert Half Canada says it’s important that companies develop new onboarding and training practices for remote work while ensuring that there are very clear expectations around remote work both now and in the future.

Back in Ontario, Bergstrom said she feels lucky to be able to work from home in a smaller town where expenses are lower.

She said maintaining a work-life balance can be difficult, but in general her career is going great — especially since the U.S contracts she works on are bigger, give more consistent hours and are therefore more lucrative.

“It sucks to say, but for me the pandemic has been the best thing to happen for my career, even though for a lot of people like my parents and siblings it’s been the opposite,” said Bergstrom.